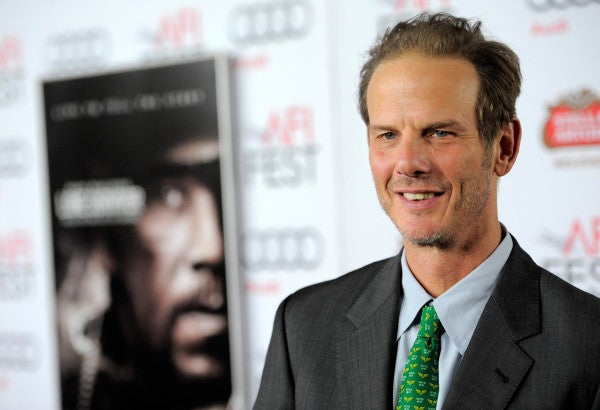 This week, director Peter Berg — known for Friday Night Lights, Battleship, and Lone Survivor — posted on Instagram criticizing ESPN for awarding Caitlyn Jenner with the Arthur Ashe Courage award instead of a disabled veteran. As a Marine veteran, I have some thoughts.

First, I’m a huge fan of Friday Night Lights. Lone Survivor was also a pretty good flick. And that won’t change because of one really dumb Instagram post.

Also, the reason no one watched Battleship is because it was a pretty terrible movie. I tried to watch it on a flight once, but decided it was rather less painful to just listen to crying kids and have my knee slammed repeatedly by the drink cart. I just couldn’t make it through that film, so I’m pretty sure the reason it did so terribly had nothing to do with our country’s appetite for military-related stories. I’m really not sure how the same person who made Battleship also made Friday Night Lights.

Anyways, I’m not a film critic and that’s not the reason I’m writing to you. I’m writing because there is a dangerous narrative, a sense of entitlement, in our veterans community.

Fortunately, there are some really terrific veterans challenging that narrative. Like these wicked funny Marines, this other funny Marine, and this anonymous warrior over at Havok journal eloquently remind us.

We don’t have a monopoly on courage. And yes, Caitlyn Jenner is incredibly courageous.

The truth is, I am damn proud that I fought for a country where Caitlyn Jenner can choose to be who she is.

As Jenner, whose father landed on Omaha Beach in World War II, said in her speech accepting the Arthur Ashe Courage Award: “It’s not just about me. It’s about all of us accepting one another … If someone wanted to bully me, well, you know what? I was the MVP of the football team. That wasn’t going to be a problem. And the same thing goes tonight. If you want to call me names, make jokes, doubt my intentions, go ahead, because the reality is I can take it. But for the thousands of kids out there who are coming to terms with being true to who they are, they shouldn’t have to take it.”

You later posted to Instagram again and said you wanted to raise awareness about veterans suicide. “I have the utmost respect for Caitlyn Jenner and I am a strong supporter of equality and the rights of trans people everywhere,” you wrote. “I also believe that we don't give enough attention to our courageous returning war veterans, many of whom have sacrificed their bodies and mental health for our country and our principals- principles that include the freedom to live the life you want to live without persecution or abuse.”

In Jenner’s spirit, we have to do this together. Suicide and mental health issues harm the military community, to be sure; but there’s also a staggeringly high suicide rate in the transgender community. Comments like yours divide us where we should and need to be united.

To me, using our sacrifices to insult her, and to hurt thousands of young people across our country, is incredibly insulting to us. Coach Taylor would be disappointed.