The Navy beats out the Air Force as the fattest branch, somehow

You'd expect a force commonly derided as a "Chair Force" to rank pretty high on a list of U.S. service branches by obesity, but apparently the Navy has snatched that king-size throne from the flyboys in the Air Force 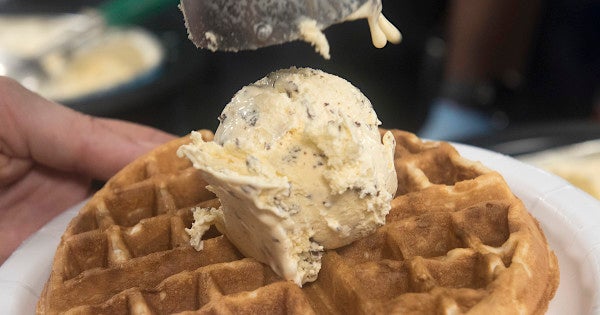 You'd expect a force commonly derided as a “Chair Force” to rank pretty high on a list of U.S. service branches by obesity, but apparently the Navy has snatched that king-size throne from the flyboys in the Air Force.

According to the 2018 Health of the DOD Force report published in the August edition of the Pentagon's Medical Surveillance Monthly Report, 22% of sailors are classified as obese by military standards, well above both the 18.1% of airmen and the average of 17.4% across the entire DoD that meet that definition.

By contrast, the Army clocked in at thee Pentagon average of a 17.4% obesity rate while the Marine Corps came in at an 8.3% obesity rate, likely due, as Military.com notes, to the size and relative youth of its force.

This is part of worrying trend. According to the report, the obesity rate in the U.S. armed forces has gradually increased over the last five years (15.8% in 2014). While this far below the 39.8% obesity rate among the broader U.S. population, it's still worrying for services like the Army who continue to face mounting recruitment challenges.

“The high prevalence of obesity in the U.S. poses a serious challenge to recruiting and retaining healthy soldiers,” according to the Army Public Health Center's own 2018 Health Of The Force report, noting that some 26% of enlistment-ready American adults between age 18 and 64 are classified as obese.

Indeed, obesity may prove among the Army's biggest enemies in the coming years. According to a 2018 report by Mission: Readiness, a bipartisan organization of 750 retired generals and admirals, an estimated 31% of all young Americans in prime enlistment age (17 to 24) do not qualify for military service due to obesity.

“Children as young as 2 are experiencing rising obesity rates, and these rates increase with age,” Lt. Gen. Thomas Spoehr (Ret.) said at the time. “This demonstrates the need for obesity prevention beginning very early in life and continuing through high school and beyond.”