The Pentagon has funneled $7.4 billion in surplus military gear to police forces that don’t want or need it

Since 1990, the Defense Department has funneled more than $7.4 billion in excess military gear to nearly 8,000 federal and state law enforcement agencies across the United States 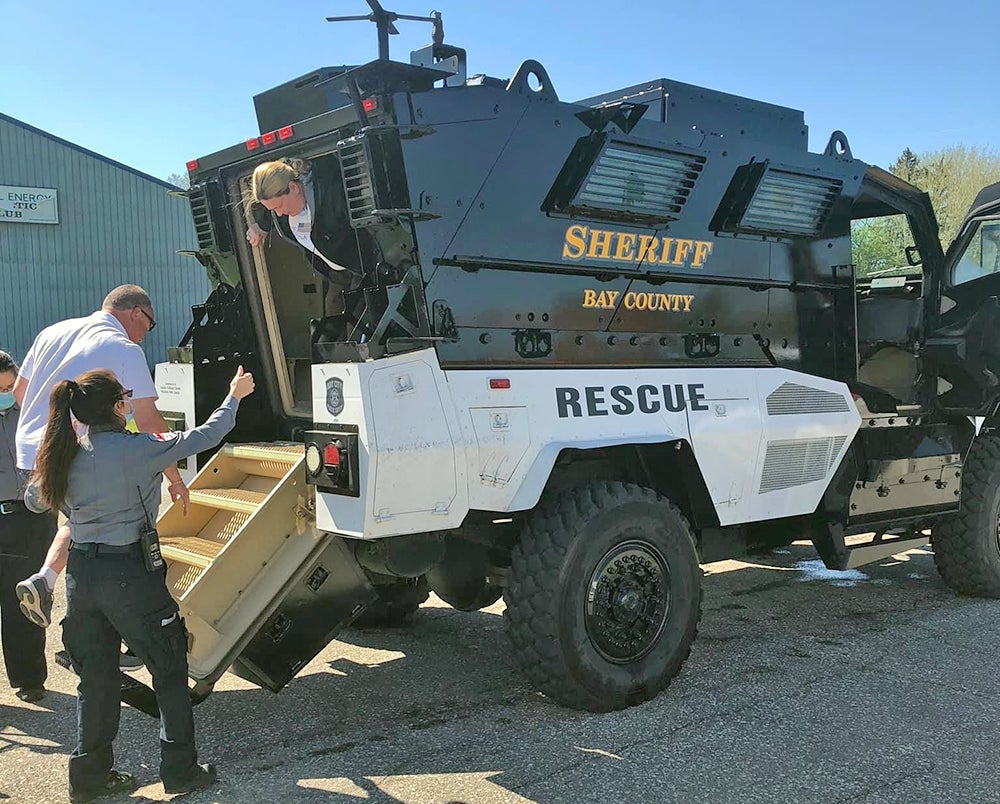 Since 1990, the Defense Department has funneled more than $7.4 billion in excess military gear to nearly 8,000 federal and state law enforcement agencies across the United States. But according to a new audit released by the Pentagon’s top watchdog, a significant amount of that equipment was likely unwanted or unneeded by police forces across the country.

There were various reasons why these law enforcement agencies sought to procure excess military gear, according to a report from the Pentagon’s Inspector General that was publicly released in early October. Of the 15 agencies reviewed in the audit, nine agencies obtained surplus equipment “without a current need of the … property for law enforcement purposes.”

The report, which examined the Pentagon Law Enforcement Support (LESO) Program, provides an example from the Selmer Police Department in Tennessee: Despite having just 18 full-time officers on its roster, Selmer received equipment ranging from 77 pairs of cold weather boots to four full-blown dump trucks despite the fact that “approximately 80 percent of the LESO property it obtained was not used,” according to the report.

One SPD official told the investigators that he requested extra military gear “and stored it in case of a future need because it was free,” according to the audit.

Some of that equipment was simply left to rot. Though SPD “requested and obtained 30 generators between 2013 and 2017 for use in the event of a disaster …  the generators are no longer available for use,” according to the report. “The LEA official stated that some generators were not maintained and their condition deteriorated over time.”

In other words, some law enforcement agencies picked up expensive DoD gear just to sell it for a small profit to other police departments.

In other cases, the equipment was simply broken: for 10 of the 15 law enforcement agencies reviewed by the DoD OIG, military gear was obtained “that was not as expected; either the description of the property advertised was too vague or the property provided was not in the advertised condition.” For example, the Boardman Police Department in Ohio received gun sights that were essentially unusable despite being marked as operational in the Defense Logistics Agency system.

To be clear, the DoD OIG report is a review of 15 out of the 8,000 agencies that have received equipment through the LESO program over the last three decades; it is by no means a fully comprehensive sample. That said, the report found that these shortfalls indicated the Pentagon “did not provide adequate oversight” to ensure police departments were able to follow existing policy and actually make use of the equipment they requested.

The Pentagon “performed biennial compliance reviews and created allocation limits for property transfers,” according to the DoD IG report, but in many cases, military officials “were not aware that some [police departments] exceeded established allocation limits.” In short, the Pentagon simply didn’t check to ensure that federal and state law enforcement agencies were actually using the gear they’d been allocated before sending more equipment their way.

The DoD IG report underscores the lack of oversight regarding the Pentagon’s 1033 program that’s plagued the military-to-police pipeline for years. Indeed, a 2017 sting by the Government Accountability Office found that local law enforcement agencies could easily obtain millions in controlled items deemed too sensitive for public use with little to no oversight regarding their allocation and use.

Established in 1997, the Obama administration implemented restrictions on the 1033 program in 2014 amid public outcry over images of heavily-armed law enforcement officers facing off against unarmed protesters in the streets of Ferguson, Missouri.

“We’ve seen how militarized gear can sometimes give people a feeling like they’re an occupying force, as opposed to a force that’s part of the community that’s protecting them and serving them,” Obama said while announcing the new restrictions in 2015. “Some equipment made for the battlefield is not appropriate for local police departments.”

In 2017, President Donald Trump restored the 1033 program as part of a “multi-front battle” against crime, drugs, terrorism, and “a culture in which family and discipline seem to be eroding further and a disturbing disrespect for the rule of law,” as then-Attorney General Jeff Sessions put it at the time.

As of May 2020, the Pentagon has funneled 391 fixed-wing aircraft and helicopters, 2,885 Humvees, 1,105 Mine Resistant Ambush Protected vehicles, and more than 75,000 firearms to federal and state police forces across the country.