I must admit I had never heard of Systema, a Russian martial art, nor did I know of a place... 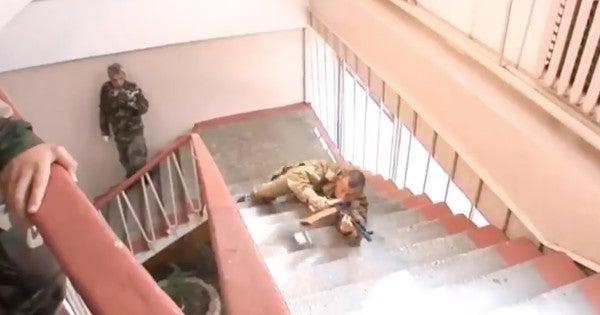 I must admit I had never heard of Systema, a Russian martial art, nor did I know of a place called Systema Serbia, which teaches it to civilians and Russian soldiers alike.

But that all changed after I watched a video from their Facebook page, in which the soldiers are seen gracefully sliding down stairs on their bellies, butts, and crotches (yowch!) for some tacti-cool reason. There is apparently some teaching in regards to doing rolls down stairs, but this just looks dumb and downright painful:

“Systema is designed to create, build and strengthen your body, your psyche, your family and your country,” according to its official website.

But maybe just walk down the stairs next time, ok?