Former Top General: Taking Migrant Children From Their Families Is ‘A Disaster’

The Trump administration’s policy of separating the children of undocumented border-crossers from their parents is “a disaster and it will... 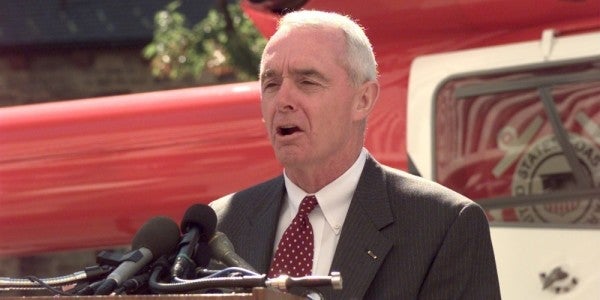 The Trump administration’s policy of separating the children of undocumented border-crossers from their parents is “a disaster and it will get worse rapidly,” retired Army Gen. Barry McCaffrey told Task & Purpose on Wednesday.

“Poor Mr. Trump has reached down and found the one way that politically is a disaster, is harmful to our international image, and won’t affect border crossing,” said McCaffrey, who led U.S. Southern Command from 1994 to 1996 and then served as director of Office of National Drug Control Policy from 1996 to 2001.

Immigrants from Mexico and Central America are a vital part of the U.S. economy, said McCaffrey, who calls for using fencing and technology to prevent people from crossing the border illegally while providing a path for refugees to legally enter the United States.

While McCaffrey said that both Democrats and Republicans are “packs of idiots” when it comes to immigration issues, he also feels that President Trump has made a bad situation even worse.

Firstly, McCaffrey said he does not see how separating children from their families will stop illegal border crossings. Second: The Department of Health & Human Services, which is in charge of the children, “can’t organize three guys to run out of a telephone booth at the same time, so they’re going to try to unload this problem, I bet, on DoD.”

A Pentagon spokesman confirmed to Task & Purpose that HHS has looked at possibly sheltering the children of detained migrants at three Texas bases: Fort Bliss, Dyess Air Force Base, and Goodfellow Air Force Base. So far, HHS has not asked the Defense Department for space at any of the bases to shelter children. HHS officials are also looking at a base in Arkansas.

However, news footage of children of illegal immigrants being held in cages, along with a well-publicized audio recording of the children wailing and crying for their parents, has helped create a public furor over the separations issue.

“The only thing I’ve seen my wife of 54 years actually cry about lately is that policy,” McCaffrey said.

President Trump indicated on Wednesday that he may reverse course on separating children from the families of people who enter the United States illegally.

“We're looking to keep families together,” the president told reporters at the White House. “We're going to be signing an executive order. We are also going to count on Congress, obviously, but we are signing an executive order in a little while. We're going to keep families together but we still have to maintain toughness or our country will be overrun by people, by crime, by all of the things that we don't stand for and that we don't want.”