Someone turned a Peugeot convertible into a battle buggy in Ukraine

Does this officially count as a technical? 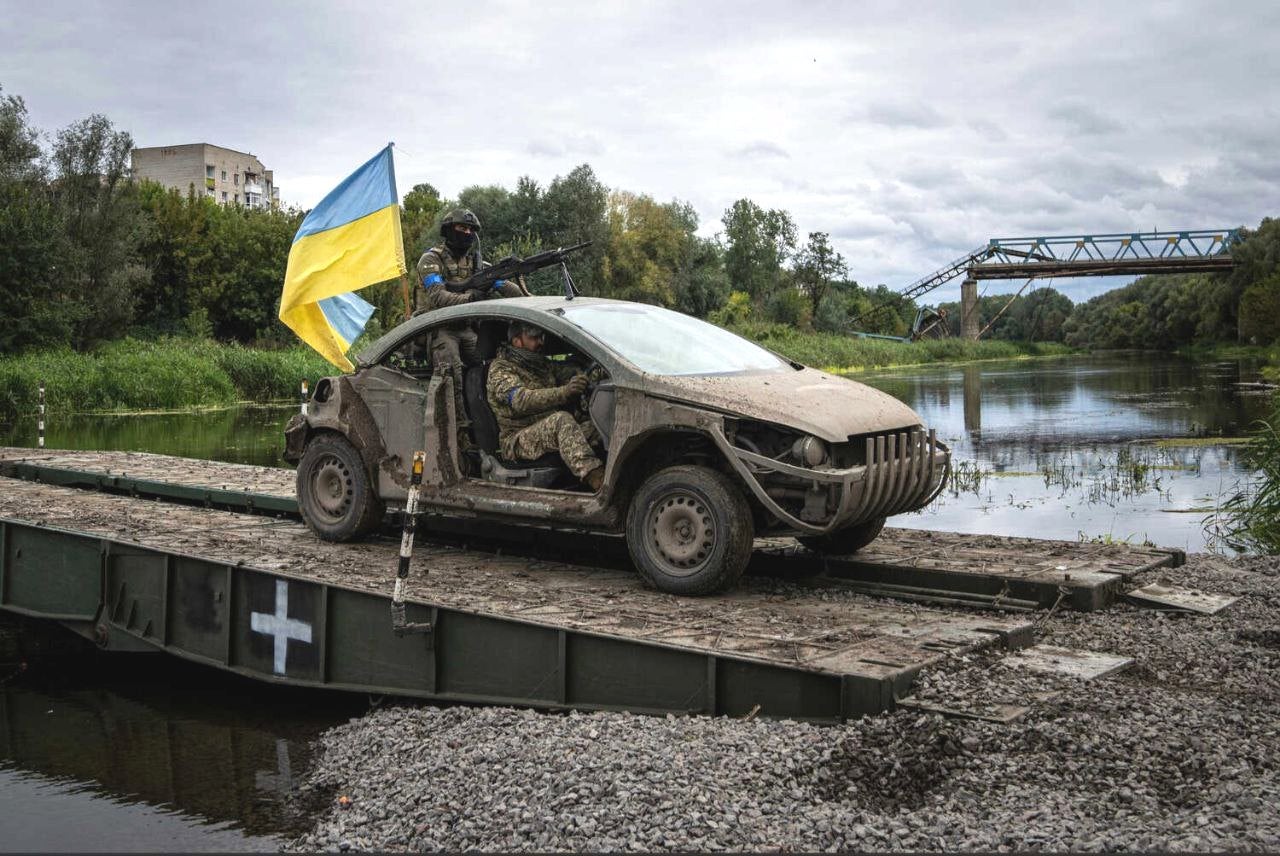 There’s a strong demand for aftermarket add-ons to cars. That can be new lights, spoilers, rims and in the case of war zones, guns and protection. After all, what is a technical but a specific type of aftermarket customization to a vehicle? That’s the case with this sports car coupe in Ukraine that’s now a weapon of war.

Someone on the Ukrainian side of the war has taken a Peugeot 307 CC coupe convertible, a staple of the French automaker in the 2000s, and turned it into a kind of battle buggy. Look at it. It’s a pretty dramatic makeover for the car. The photo, taken by photojournalist Evgeniy Maloletka for the Associated Press while documenting the aftermath of fighting in the recaptured town of Izium, shows the car with a gunner standing through the rear window, machine gun set up on the roof. It’s not clearly fixed to the car, but the setup is that of a technical. And despite all of the modifications to the coupe, whoever worked on the Peugeot kept the hard-top roof of the convertible in place.

The Ukrainian Ministry of Defense even took to Twitter to boast about the custom car.

Converted civilian vehicles have become a major part of Ukraine’s defense against the Russian invasion, even as the Ukrainian armed forces have gotten much more high-tech weapons such as HIMARS and M777 howitzers. People across Europe have donated cars to be turned into technicals, and there were even lists published of what cars were best. They’re almost always pickup trucks and vans, like a Mitsubishi L200 or the iconic, classic technical base, the Toyota Hilux.

So this Peugeot is a pretty unusual battle buggy for the war, but it has some benefits. It can go from zero to 100 kph in 8-10 seconds, depending on the year and isn’t as cumbersome as a larger pickup truck or van. That speed can be an advantage, especially as Ukraine’s counteroffensive this month in the Kharkiv region showed how quickly the fighting can move across territory.

This isn’t the first time a higher-end car has been spotted in Ukraine with a gun mounted on the back. In March a Ukrainian posted video of a BMW customized with a machine gun mounted to the truck, with the gunner likely needing to stand on the backseat to wield it. Beyond a colorful paint job, it still looked like a city cruiser. This Peugeot though? It’s Mad Max-ian. The doors have stripped off, a bull bar was added to thee grill and it’s dirty, even before getting to a bridge over a muddy river.

And despite it being a forested war zone and the fighters and car covered in mud and camouflage, the car’s flying a large, bright Ukrainian flag.