Sailors swindled out of thousands of dollars in Tinder scam 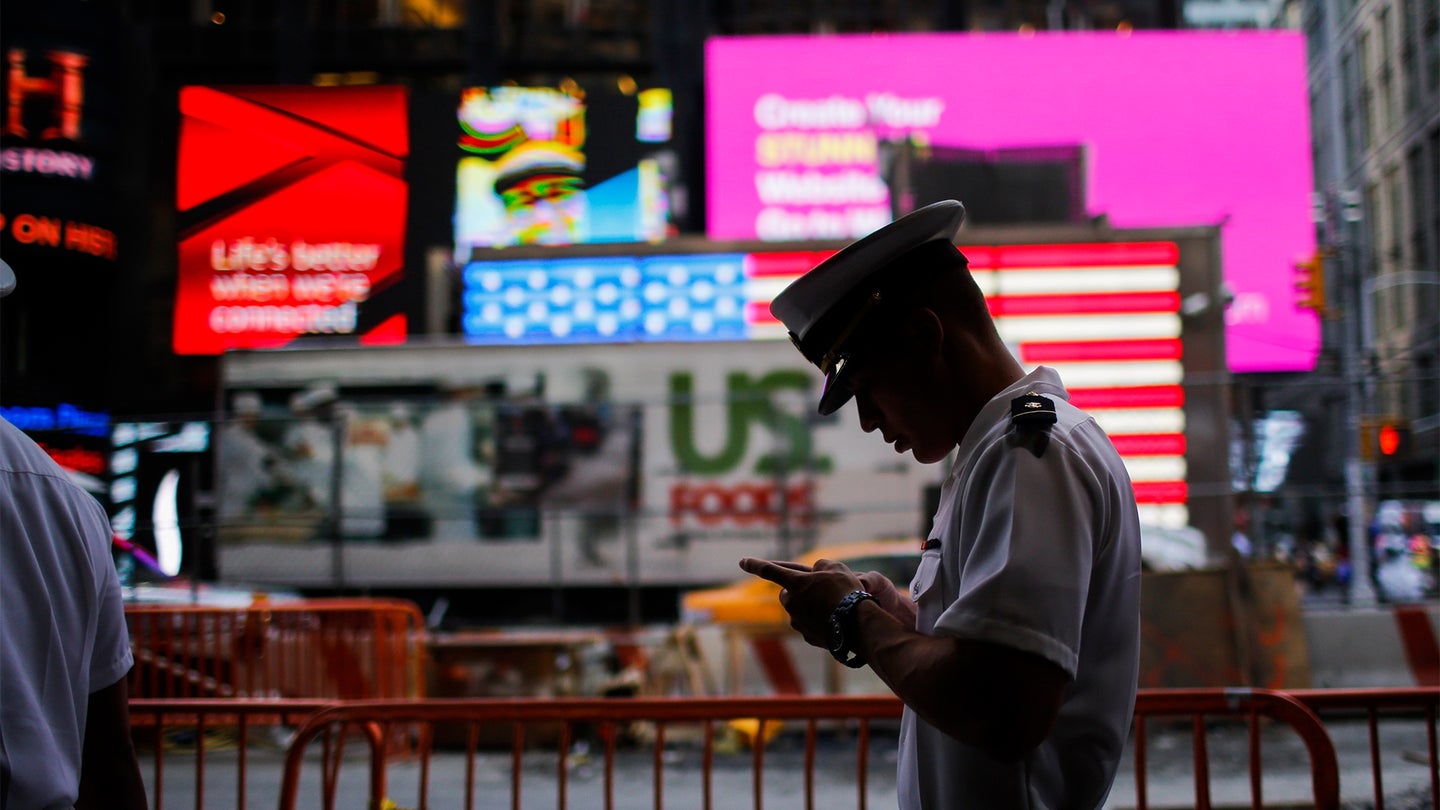 A Sailor checks his mobile phone as he walks around Times Square during Fleet Week on May 25, 2016 in New York City. (Photo by Eduardo Munoz Alvarez/Getty Images).
SHARE

A Virginia man pleaded guilty this week to swindling four Navy sailors out of thousands of dollars while posing as a woman on a popular dating app.

Samari Smith, from Newport News, Virginia, along with at least four other co-conspirators, allegedly solicited sailors on Tinder before asking them to transfer and withdraw funds from various Navy Federal Credit Union accounts, according to a Justice Department statement.

Between April and August 2021, Smith and two other men allegedly used fake accounts on the Tinder dating app under aliases such as “Ariella,” Elaine” and “Larina” to contact sailors in the Newport News area, according to court documents.

Prosecutors say that Smith, along with his brother Trequan Smith and other co-conspirators, also posed as Navy Federal Credit Union employees and alerted sailors to supposed fraudulent charges, thereby gaining access to their account information in what the court documents described as a “phishing” scam.

On Tinder, those fake accounts would then ask the sailors for help transferring money from a nonexistent sister who was also in the Navy.

In one instance, a petty officer assigned to the USS George Bush matched with “Ariella” on Tinder in April 2021. After exchanging phone numbers, Smith allegedly contacted the petty officer posing as a Navy Federal Credit Union employee and gained access to his account information. After “Ariella” convinced the petty officer to help transfer money from her sister, Smith transferred $10,000 from the sailor’s savings account to his checking account. The petty officer then met Smith at a local casino and withdrew the money for “Ariella’s” sister, thinking it had been transferred from the sister to his account, according to court documents. Those documents did not elaborate further on the actual encounter in which the money was withdrawn from the sailor’s account.

In another instance, a petty officer assigned to a unit in Virginia Beach, Virginia, matched with one of the fake Tinder accounts and then fell victim to the same phishing scam in which Smith posed as a Navy Federal Credit Union employee. After the Tinder account asked for help transferring money from her sister in the Navy, Smith transferred money from other stolen bank accounts and met with the petty officer to withdraw the funds.

All told, the four sailors targeted on Tinder by Samari Smith lost more than $40,000.

Prosecutors said the Tinder element was one part of the larger phishing scam run by Trequan Smith. Trequan Smith pleaded guilty in March, and prosecutors in that case said that at least 25 people had been targeted and more than $363,000 stolen.

So remember: When someone likes you on a dating app and suddenly needs your help with some kind of money issue, best to just unmatch.