Army Capt. Travis Johnson was awarded the Soldier's Medal — the Army's highest award for heroism outside of combat — during a ceremony at Fort Bragg's Hall of Heroes for his actions that February night 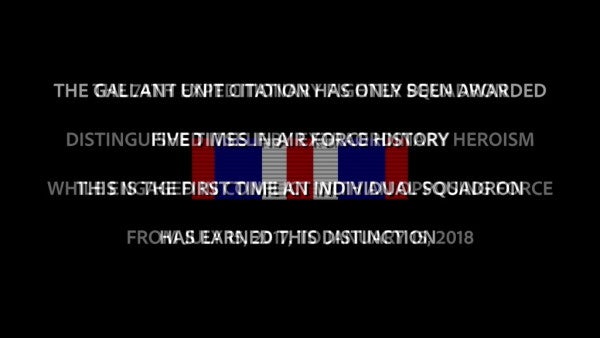 It was almost midnight when Army Capt. Travis Johnson was driving home from Fort Bragg last February, and came upon an overturned sedan smoldering on an embankment.

Johnson, a physician assistant assigned to the 1st Squadron, 17th Cavalry Regiment, 82nd Airborne Division, at the time, immediately stopped his car and rushed towards the vehicle, yelling out in case anyone was still inside the ticking time bomb.

There was: an injured man was trapped in the driver's seat, and none of the vehicle's doors would open.

Luckily, Johnson had supplies in his car, including a glass breaking tool and trauma shears. Currently assigned to the 60th Medical Detachment of the North Carolina National Guard, Johnson said in an Army press release that items he keeps the items with him at all times “for any contingency … the Army trained me that way.”

That training paid off. On Wednesday, Johnson was awarded the Soldier's Medal — the Army's highest award for heroism outside of combat — during a ceremony at Fort Bragg's Hall of Heroes for his actions that February night.

Capt. Travis A. Johnson, a native of Sioux Falls, South Dakota and a physician assistant assigned to the 60th Medical Detachment, North Carolina National Guard, received the Soldier's Medal during an awards ceremony at the Hall of Heroes on Fort Bragg, Oct. 9, 2019

According to the Army release, Johnson “wailed on the windshield with the tool, but it only cracked the glass,” so he began kicking the windshield instead, only to be knocked back by “small explosions” from the damaged vehicle.

When another driver pulled over, and Johnson told her to call for help as he continued to attempt to rescue the man from inside the car.

Finally, Johnson kicked through the windshield and was able to pass the driver the trauma shears to cut himself free while Johnson used the jacket from his fire-retardant uniform to cover his hands and pull the windshield off the vehicle.

Once the man was cut free and the windshield was gone, Johnson pulled him out and away from the car — which, by the time the authorities arrived on the scene, was completely enveloped in flames.

The driver was stable and able to walk, and Johnson told the first responders that he had no serious injuries: “I told them I was fine and I just want to go home and take a nap.”

During Johnson's awards ceremony on Wednesday, Maj. Gen. James Mingus, the commanding general of the 82nd Airborne, commended Johnson for his bravery and selflessness, saying that he “saved another man's life at his own risk and expected nothing in return.”

“He's the definition of a hero,” Mingus said.