“That just exemplifies what an everyday hero is.” 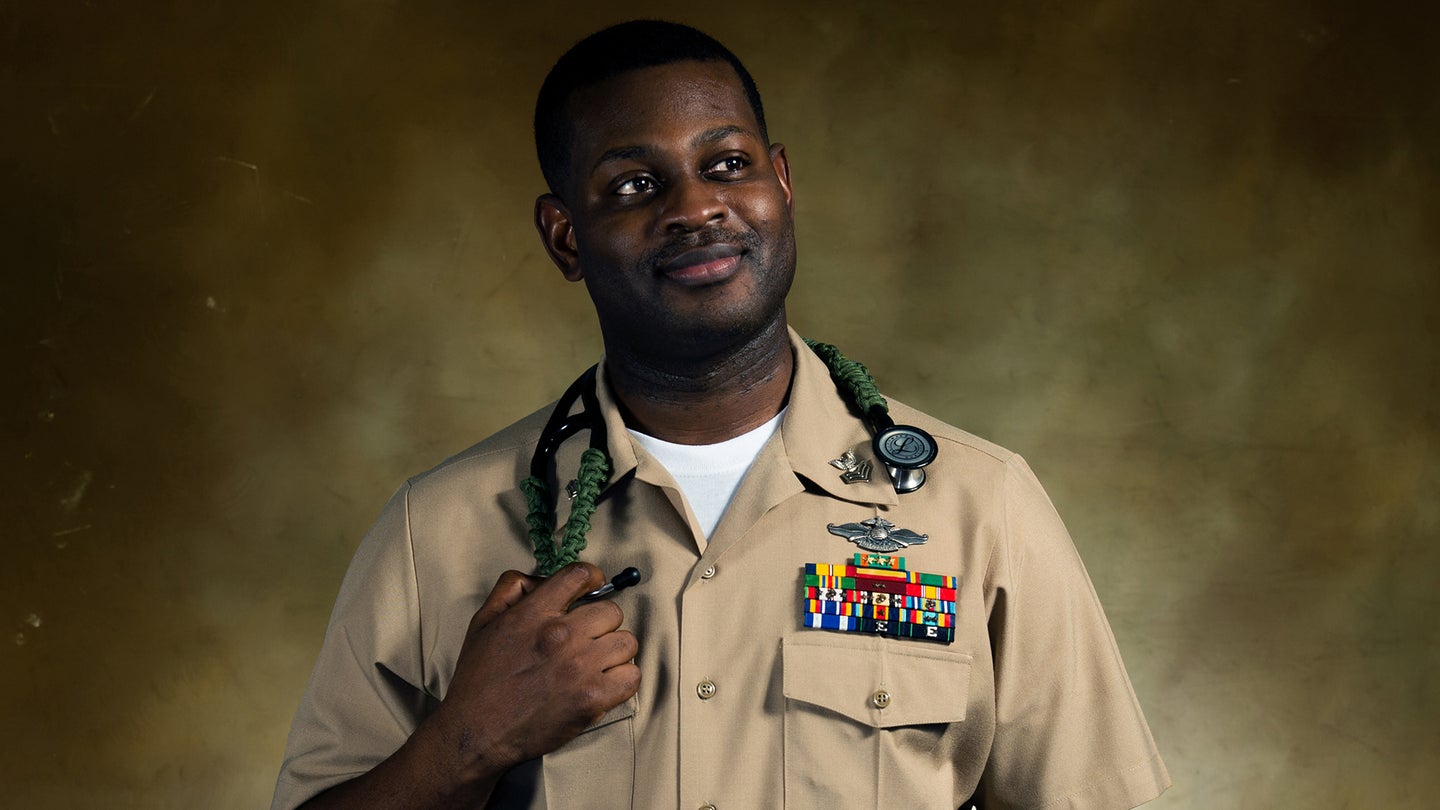 Petty Officer 1st Class Josephus G. Alleyne was at the right place at the right time last month when he helped save a man from a serious car accident in Agat, Guam.

A Navy Corpsman, Alleyne was driving home from work at around 6:30 p.m. on Dec. 9 when he saw a dented pole and smoke rising from the jungle, according to a recent press release. He pulled over and went through the bushes to find a car in a ditch, where a fellow sailor, Chief Petty Officer Ken Mabon, a Navy quartermaster, was already on the scene. The two sailors broke down the car door to get a better look at the injured driver. What they saw wasn’t pretty.

Alleyne could tell the driver had a broken femur and was losing a lot of blood. He and Mabon opted not to pull the driver from the car due to the severity of his injuries. Instead, they applied a tourniquet to the man’s leg and immobilized it to prevent any further damage. Then they stabilized the patient and waited for emergency responders to arrive.

The two sailors had to trust their training — even as concerned bystanders urged them to pull the driver out. But Alleyne and Mabon knew that doing so could permanently damage the patient’s spine, and it would be better to wait for the Guam Fire Department (GFD) to arrive and extract the driver with proper equipment.

Soon enough, the first responders reached the scene and Alleyne stepped back, letting them take it from there. The press release did not specify what happened next for the patient, but it credited Alleyne for his quick thinking.

“While most of us are just focused on getting home after a full day of work and unwinding, Doc actually saved a life,” said Capt. Albert A. Alarcon, commanding officer of USS Frank Cable, the submarine tender to which Alleyne is assigned. “That just exemplifies what an everyday hero is.”

For his part, Alleyne was glad he could do what he trained to do.

“I’ve served for 18 years,” said the sailor, who on Dec. 18 was awarded the Navy and Marine Corps Commendation Medal for his life-saving actions. “I wanted to be a corpsman because it is the most challenging and rewarding rate there is: to save lives. So I work hard every day to ensure that I am worthy of the honor and the respect for my rate. At the end of the day, I feel like this is something every Sailor with a good moral compass, sense of leadership, understanding of duty, and devotion to service would have done.”

Related: When a stranger was hit by a car this Army medic ran to his aid and never left his side