UNSUNG HEROES: The Navy Corpsman Who Ignored His Own Wounds To Save His Marines In Afghanistan 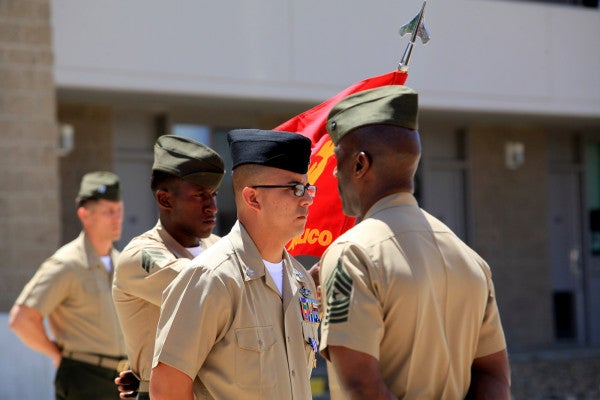 In April 2012, Petty Officer 1st Class Benny Flores, a corpsman assigned to Air Naval Gunfire Liaison Company, was on a convoy in southwestern Afghanistan when they were attacked.

A suicide bomber struck the convoy, and Flores, riding in the back of an Afghan police pickup truck, was immediately injured.

“I had about five to ten seconds of blurriness because I was right next to the blast and right after that I saw my arm hit me and I knew what was going on and I went to go check on the other Marines that were wounded,” Flores said, according to a military report of the incident.

After the blast, the convoy immediately came under attack from enemy small-arms fire. They had fallen into a complex ambush.

Flores “ran through incoming rounds as the Marines laid down covering fire,” the report said. In all, he risked his life no fewer than four times to try to save his Marines and the Afghan police officer wounded in the attack.

“My first thought after the blast was to go through the basic steps to take care of the Marines,” Flores said. “Check all the massive bleeding and their airways just the basic things they teach us. My main concern was just making sure they were all okay and that nothing too crazy or too serious had happened to them.”

For his actions that fateful day, Flores was awarded the Silver Star medal, the nation’s third-highest award for valor and gallantry in combat.

“I’m very humble and very thankful,” Flores said. “I wasn’t expecting it. It’s one of those things that you don’t expect but I’m very thankful for all the people that did the work and thought I deserved something.”