The word “salad” in Arabic is pronounced sulta. The word “authority” is alssulta. Say it with me, people… You might... 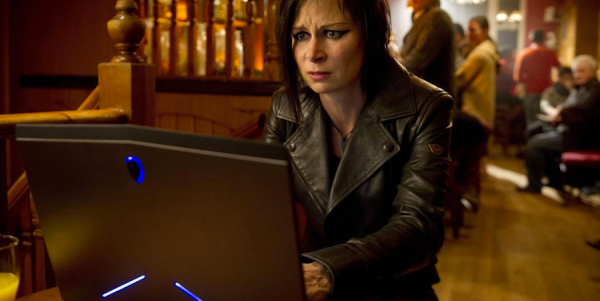 The word “salad” in Arabic is pronounced sulta. The word “authority” is alssulta.

Say it with me, people…

You might want to have the distinction clear in your mind if you’re one of America’s elite cyber warriors tasked with countering the propaganda of the Islamic State and its legions of online keyboard cowboys. Like, in case you want to namecheck the Palestinian National Authority in a flame war with a jihadi without getting lemon juice all over your shirt.

But according to an investigation by the Associated Press, the distinction was lost on many staffers of the classified national security program known as WebOps, which is run out of U.S. Central Command at MacDill Air Force Base in Tampa. The report alleges staffers were routinely owned on the field of battle (Twitter and various comments sections) for such shortcomings.

The article describes an ineffective program in which many members of the 120-person WebOps team lack fluency in Arabic or the necessary grasp of Islam — for instance, the difference between the Sunni and Shia branches — to mount an effective counter-propaganda response to online jihadi recruiters.

A former employee told the AP that specialists were hired based on basic knowledge of Arabic: “'Do you speak Arabic?'” the employee mimicked. “'Yes. How do you say 'good morning?' Oh, you can do that? You are an expert. You are hired.'”

Progress reports were also allegedly doctored to falsely demonstrate success — but not so much success that funding might be cut. And according to a whistleblower, whose complaint is currently under investigation by NCIS, drinking was routine in the office, which was characterized by “a frat house atmosphere where happy hour started at 3 p.m.,” as the AP put it.

Not only is drinking forbidden under Islam, it’s not viewed as conducive to effective classified intelligence work, unless your name is Bond.

The whistleblower also alleged that a new $500 million, five-year contract to continue the operation was awarded improperly. The complaint claims that the Army colonel who led the division at the time, Victor Garcia, helped a friend’s company land the deal. (Garcia denied any wrongdoing, telling the AP, “I wasn’t involved in the contracting process at all.”) It’s worth noting that the whistleblower was a member of one of the teams that lost the bid.

One intriguing piece of evidence: A Facebook photo of Garcia and the friend on the winning team at a Tiki bar in Key Largo giving a thumbs up just two weeks before the contract was awarded.

It’s not yet known whether they ordered the salad.