At the beginning of August, the civilian world lapped up a titillating piece of military news: Britain’s elite Special Air... 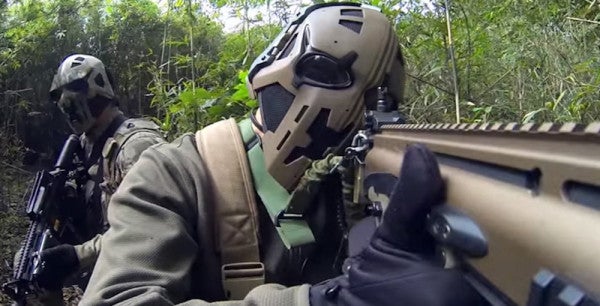 “The helmets are marketed to police, SWAT, and special operations, and we are currently working on sending out test samples,” Shibata told Task & Purpose. “The U.S. military has never used , but that is the ultimate goal.”

“I cannot confirm that any U.S. Special Operations Forces (SOF) have tested or used these helmets, and since USSOCOM is not an operational headquarters I can't speak to any possible operational use of a helmet like this,” U.S. Special Operations Command PAO Lt. Cmdr Lara Bollinger told Task & Purpose. “USSOCOM's Acquisitions, Technology, and Logistics directorate has not seen or tested this helmet.”

“[There’s] no harm done so far, but has spook away some of our potential investors,” Shibata told Task & Purpose. The Devtac Instagram, on the other hand, carries a simpler, more direct message.