Male And Female Marine Recruits To Train Together At Parris Island, But Not For The Reason You Think

The Marine Corps is finally having men and women train in the same unit at recruit training, but boot camp... 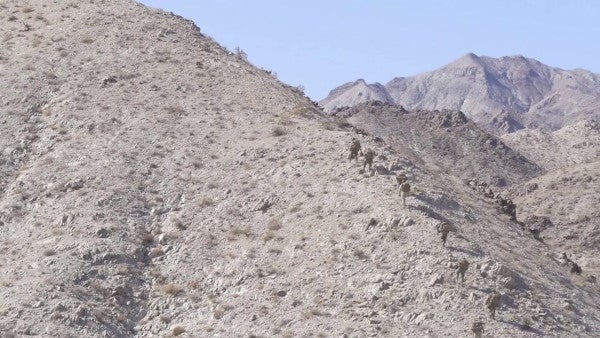 The Marine Corps is finally having men and women train in the same unit at recruit training, but boot camp is not officially integrated, a military official told Task & Purpose.

A U.S. military official confirmed that the ABC story is accurate but added the reason is because there will be only about 50 female recruits at Parris Island this cycle, and that is not enough to stand up a full staff at the 4th Recruit Training Battalion, the female training unit.

“If they were saying that there weren't enough women, what they would have done is not had a female class,” Germano said. “They would have just held off shipping females to boot camp until the next class, when they had enough women.”

Friday's news that male and female recruits will train together is still a milestone because it marks the first time the Marine Corps has truly integrated women into a training unit, Germano said.

“So, I'm not sure where they are going to go next but I don't think you can go backwards from here,” she said.

Germano has long advocated for integrating boot camp because studies have shown that having men and women train together improves how male recruits view their female counterparts.

“The Marine Corps for so long has tried to skirt around defining what integration means by having men and women train together, for example, on the same football-sized field – for example at the gas chamber – but that doesn't necessarily mean that they're integrated,” Germano said.

“It sounds like now men and women that start together will actually graduate together, which will improve camaraderie; it will improve attitudes about how they perform; and it's just going to have a positive impact overall. It's one more step in the process of really making women included rather than a distinct and separate part of the population.”

SEE ALSO: She Tried To Raise The Standard For Female Recruits. The Marines Fired Her For It. This Is Her Story