"It really matters that we get this solved." 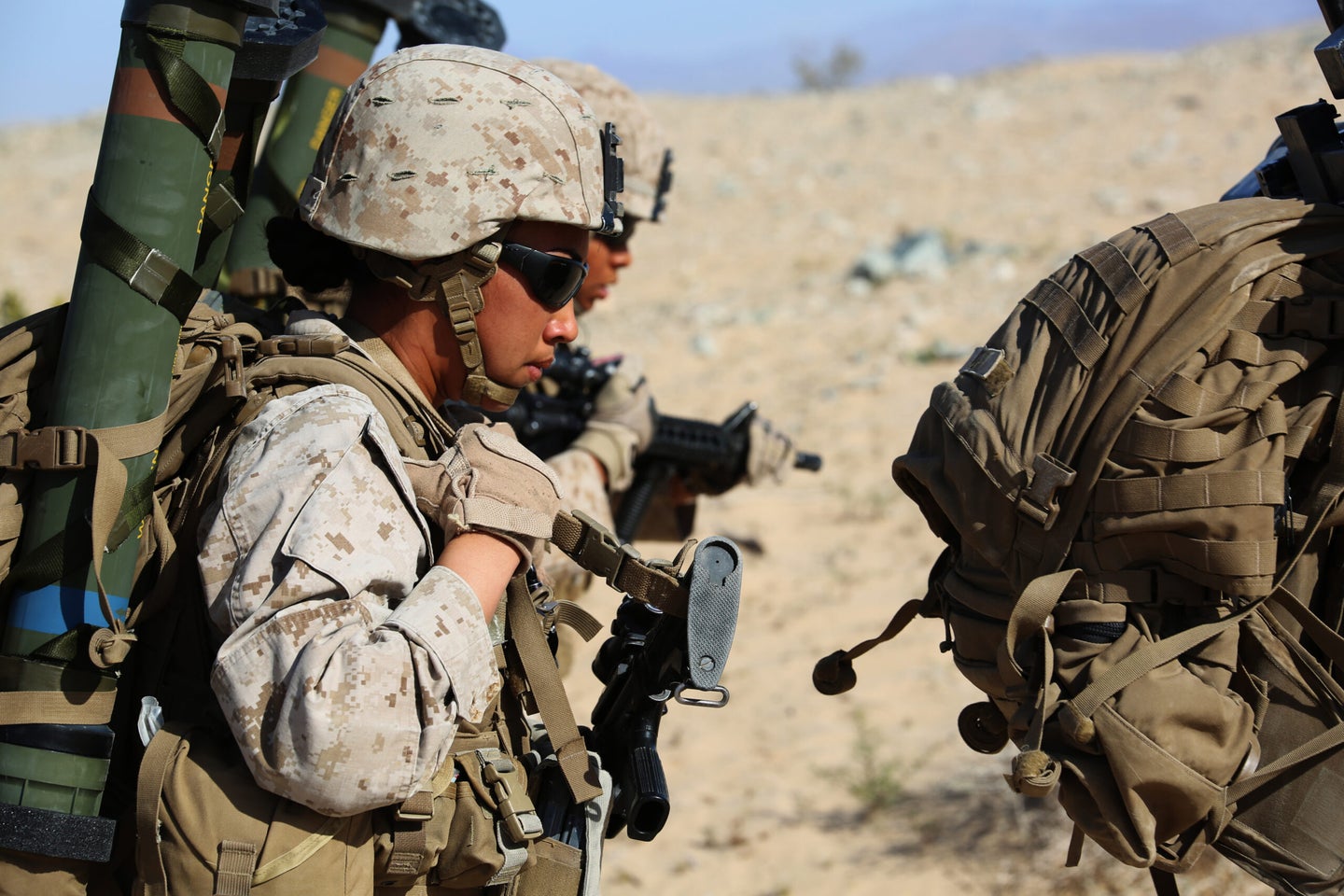 According to a new USA Today article, the military is finally making progress on designing body armor that will actually fit the women who actually wear it.

“From helmets to accommodate a hair bun to maternity flight suits, gear designed for women is being developed and issued, changing the way the previously one-male-size-fits-all military outfits troops,” USA Today reports.

It’s a well-documented problem that military gear can fit women poorly because it’s, well, not designed for them. It’s designed for men, whose bodies are — surprise, surprise — not necessarily shaped the same as their female colleagues.

In 2018, the Defense Advisory Committee on Women in the Services (DACOWITS) stated in a report that while there had been some advances over the years, there “is an increased need for female-appropriate personal protective equipment (PPE) and combat gear.”

The argument was amplified in Congress as recently as January when a bipartisan group of senators signed onto a bill called the Female Body Armor Modernization Act introduced by Sen. Joni Ernst (R-Iowa), a retired lieutenant colonel in the Iowa Army National Guard.

The bill is included in the National Defense Authorization Act, which is not likely to be passed until after the November election.

“I commanded female troops during Operation Iraqi Freedom, so I understand just how important it is for all our service members to be properly equipped for the battlefield,” Ernst said in a statement. “But it is more than just fielding of new equipment. Right now, DoD has no data on these injuries and cannot continue to make body armor better without it.”

Kayla Williams, director of the Military, Veterans, and Society Program at the Center for a New American Security, said the fact that the military is still trying to fix this problem is “exhausting.” She ran into the same problem with her combat gear when she deployed with the Army years ago and feels there has been little movement on the issue ever since.

“Knowing that those lessons have still not been fully learned and resolved since then is just so frustrating and depressing,” Williams told Task & Purpose on Friday, explaining that it’s much more than just a comfort issue but one of safety, too.

And it’s not just women or shorter soldiers. Williams said that her husband, who is 6 feet, 5 inches tall, has also run into problems with his armor fitting correctly.

“Body armor is designed to work flush against the skin, and if that’s not happening because women’s bodies are shaped differently. It could potentially not function as well,” she said. “If you’re not able to move as efficiently when you need to return fire, if you need to be able to rotate your arm to throw a grenade, something like that — it really matters that we get this solved.”

The issue was broken down further on Twitter last week by @MarchingWith7, a purported female soldier followed by a number of Army leaders, who boiled it down to the fact that there are “diverse body types in our armed forces,” and the military needs “gear that works for them and enables them to accomplish the mission, safely.”

Okay! Let's get this started.
In the Army we stress the importance of trusting your equipment in order to be successful at any mission.
But what if that equipment wasn't designed with your body's specific characteristics/strengths/weaknesses in mind? https://t.co/xqd7mLMyiL

She told Task & Purpose that the military is “long overdue” for fixing this problem, and is “actively endangering our female service members by providing them inadequate gear.”

Overall, Williams says that she’s heard about “progress” being made on this issue too many times. She said she’s sat in on discussions about this very topic with DACOWITS, and seen the services bring forward examples of things they’re working on.

“I’ve seen examples that the services have brought forward, of like ‘Oh here’s this new gear that we’re going to roll out, here’s the improvements we’re working on…’ Just all these promises, over and over, that it’s being fixed, it’s being resolved,” she said. “And yet here we are with the headline, yet again. It makes it a little hard for me to be confident that this is different than any of the previous times that I’ve heard it.”