"It was left open-ended to empower leaders at all levels to get after this." 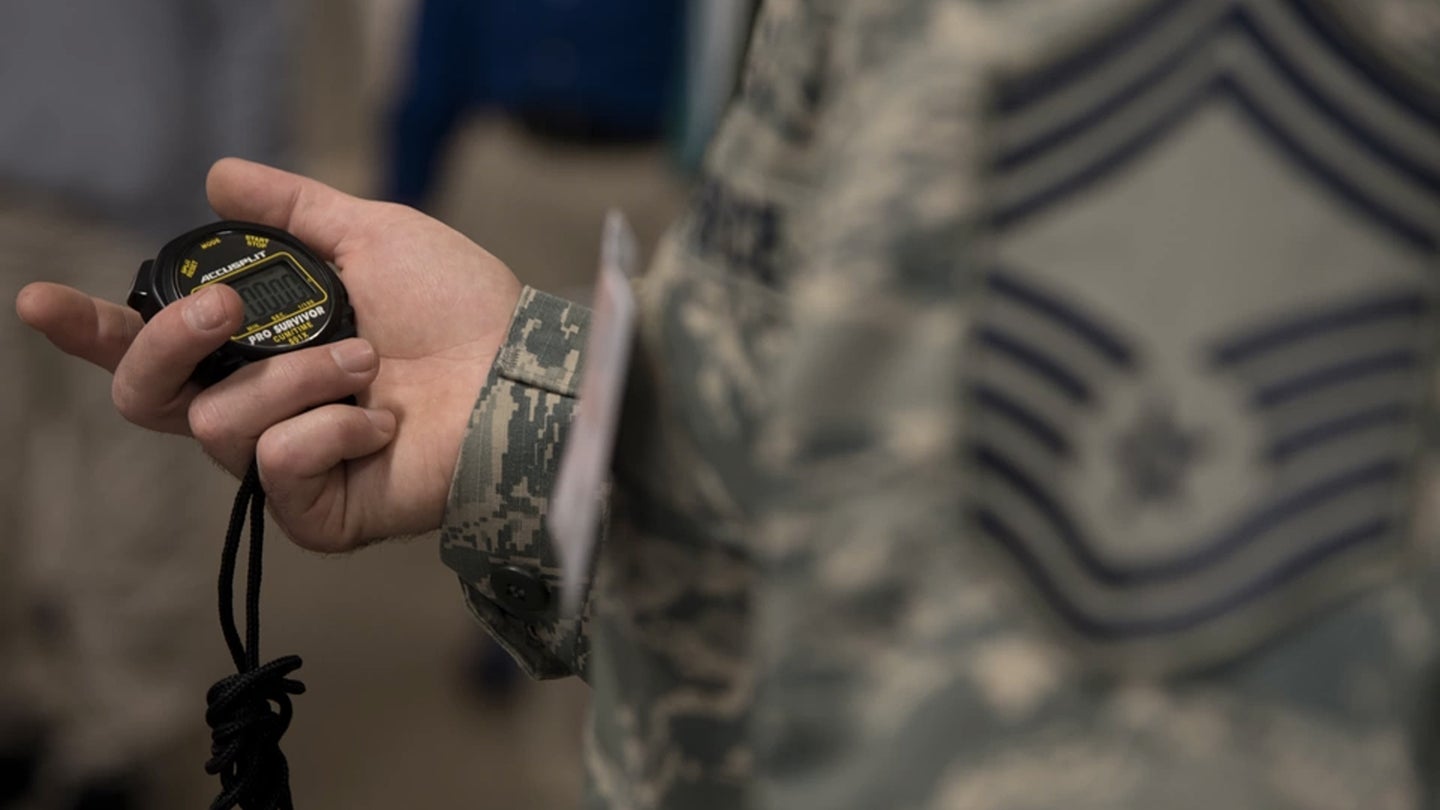 The top enlisted leader in the Air Force issued a force-wide memo on Tuesday that had airmen scratching their heads over its precise meaning. The memo calls for leaders across the service to adopt a mindset of “Airmen’s Time,” where leaders make an effort to connect with their subordinates and build a supportive culture in their unit.

“[L]eaders at every level are entrusted to prioritize time to elevate connection, growth and enhance the well-being of individual airmen while building unity within their teams,” wrote Chief Master Sergeant of the Air Force JoAnne Bass in the memo, which was also signed by Air Force Chief of Staff Gen. Charles “CQ” Brown Jr.

The memo did not list specific examples of what form Airmen’s Time should take, which was intentional on Bass’ part, explained her public affairs advisor, Master Sgt. Jarad Denton.

“It’s a way of saying as we move forward developing our people that we need to include time for mentorship, team-building and letting the units decide what that means,” Denton explained. “That’s why the letter was written the way it was: it was left open-ended to empower leaders at all levels to get after this.”

The five-paragraph letter acknowledges that juggling national security priorities is hard enough to do in a 24-hour day, but “we must make time for the things we value: the well-being and development of our airmen,” Bass wrote.

Bass went on to say that the Air Force learned lessons from its ‘resilience tactical pause’ in 2019, when the service halted all operations for a day to discuss mental health amid a surge of airmen dying by suicide that year. But building a supportive culture goes beyond a one-time event, “it is a daily commitment to those we serve,” Bass wrote.

That kind of engagement requires leaders “to create a safe space, be present, and ensure that our Air Force culture invites healthy conversation for every airman,” she continued. Perhaps leaders can talk with airmen about perspectives and life lessons, or core values, or what the unit’s purpose is, she suggested. But ultimately it’s up to each leader or supervisor to create their own version of what engagement looks like, Denton explained.

“It’s designed to not be prescriptive, because at the end of the day, that kind of eyeball-to-eyeball leadership is where this process should be established and owned,” he said.

If top Air Force leaders spelled out an A, B, C checklist, lower-level command teams and supervisors might just check off the boxes without pursuing the genuine engagement Bass and Brown are hoping to encourage, Denton added.

“Getting to know and see our airmen beyond the uniform is how we build connection,” Bass wrote in the memo. “It must be intentional at every level to create trust and belonging.”

“I have no idea what it is she is asking us to do,” wrote one commenter on the Air Force subreddit.

The admin of the popular Facebook page Air Force amn/nco/snco pointed out that the 1st Special Operations Wing tried out a similarly-named initiative called “Airman’s Time” in 2015. The time was meant to foster “a mentoring culture by encouraging and expecting airmen to be mentors and mentees,” according to a memo introducing the concept. It mandated that supervisors dedicate at least one hour of duty time per week in “direct face-to-face communication” with subordinates on “topics pertinent to day-to-day operations and priorities” of their unit, of Air Force Special Operations Command, and the Air Force in general.

Denton clarified that the 1st Special Operations Wing’s “Airman’s Time” was not the direct inspiration for Bass and Brown’s “Airmen’s Time,” but one of many forms that “Airmen’s Time” could take.

When asked for more examples of Air Force leaders doing positive things for their subordinates, Denton pointed to Chief Master Sgt. Stefan Blazier. Blazier is one of the architects of Airmen’s Time and the Enlisted Force Development Action Plan, a list of 28 goals released in January to better steer the development of enlisted leaders, Denton said. “He practices what he preaches,” he added, and airmen on social media seemed to agree.

“Chief Blazier is dope, nothing but love and respect for that dude!” wrote one commenter on Reddit last month.

“He’s a great person and leader,” wrote another.

Whether “Airmen’s Time” will result in more connected leaders like Chief Blazier is unclear. The problem of toxic leadership in the Air Force is widespread and difficult to address through any one action. In the last few years, Task & Purpose has covered how such leaders often retaliate against airmen who report them, are protected by high-ranking peers, and held to different standards by the military justice system. Airmen on social media complained that they barely have enough time already to check off their mandatory mental- and physical-health related tasks.

“Can we just integrate all the extra stuff into one thing?” one commenter on Reddit asked. “While doing my [physical training] test I get a [sexual assault response coordinator] lecture about not raping anyone or killing myself and simultaneously talk to [commanding officer] about my feelings.”

Others criticized the memo for the number of military buzzword phrases such as “crucial conversations within our formations,” “advance this cultural shift,” “prioritize time to elevate connection,” and “airpower … anytime, anywhere” that appear in the letter and throw off the personal connections that it seeks to promote. Bass seemed to head off some of these concerns on Facebook.

“This memo is not meant to ‘fix’ culture,” she wrote. “It’s simply intent. Let’s move out together.”

Open-ended as the letter might be, Bass was clear on one thing: don’t do “Airmen’s Time” on weekends.

“One more thing on intent … it is NOT for Airmen’s Time to happen during down time or weekends,” she wrote on Facebook, “that is recovery time….don’t be that leader.”