The Pentagon has way more than 99 problems, and fixing them is one 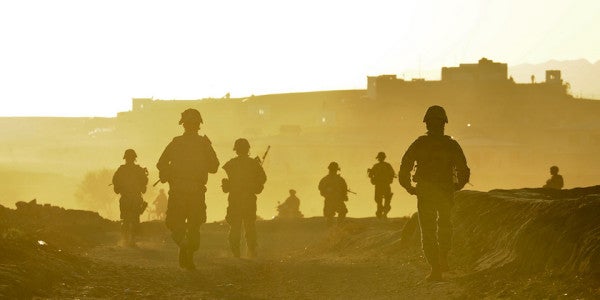 Someone needs to call Jay-Z. Not only does the Pentagon have way more than 99 problems, but actually fixing them is one.

In a report completed in March but released on July 23, the Department of Defense Office of Inspector General found that the number of aging, unresolved recommendations it made to DoD has increased by 530 percent, from 27 recommendations in 2017 to 170 in 2020.

“The number of DoD OIG recommendations that have been open for at least 5 years has increased significantly over the last 4 years,”  the watchdog said in its report.

One such recommendation to update policies on security clearances, made in a 2006 IG report, has languished in the defense bureaucracy for more than 14 years. Though the Air Force and other DoD components complied with the IG, according to the report, it took the Army until April 2018 to finish drafting regulations in line with the watchdog guidance before sending the draft regulation for a legal review in Sept. 2018, where it has sat ever since.

“As of March 31, 2020, the Army Publishing Directorate was still waiting for the results of the legal sufficiency review before publishing the Army guidance, leaving the Army recommendation open,” the IG wrote. “Appropriate coordination among DoD Components is critical to ensure that the recommended revisions to the DoD policies are made in a timely manner for the efficiency of the DoD programs and operations.”

Though there are myriad reasons that recommended fixes are delayed, many stem from changing or implementing policies, procedures, and guidance, according to the IG. Further delays also come from revisions at the DoD level, since those then require updates at lower levels “to ensure consistent guidance across the DoD.”

Other examples that remain unresolved include:

Besides naming and shaming DoD components that have seemingly moved at the pace of a slowly-dying snail, the IG also identified 51 recommendations that could save the Pentagon $6.5 billion in taxpayer money. The biggest item on that list is a little more than $2 billion that could potentially be saved from the F-35 Joint Strike Fighter program, the costliest weapons program in history, by performing a “complete inventory” of what the F-35 joint program office currently has.

The lengthy 540-page IG report dropped a few days after Defense Secretary Mark Esper directed the department to embrace additional training on operational security procedures, part of a Trump administration effort to tamp down on leaks.

“History is full of examples of poor OPSEC leading to the unnecessary loss of life and mission failure, and it can mean the difference between our winning and losing as we face great power competitors that will not hesitate to exploit and weaponize information,” Esper wrote in a July 20 memo.

Esper made clear his memo was not meant to stop people from reporting problems to the IG, though critics say the oversight community stood up after Watergate has come under attack in recent months. President Donald Trump pushed out five inspectors general earlier this year, including officials in the intelligence and defense communities.

“There hasn’t been a president that has reacted with this level of hostility to the inspector general community” since the 1978 passage of the Inspector General Act, Donald Sherman, deputy director of the nonprofit Citizens for Responsibility and Ethics, told Politifact.

But after reading the IG's latest report on how many of those complaints go unsolved, that recommendation may not inspire much confidence.

Read the full IG report below: