The Senate GOP’s proposed coronavirus relief package includes about $29 billion in defense spending, including at least $7 billion for aircraft, ships, and other weapons systems 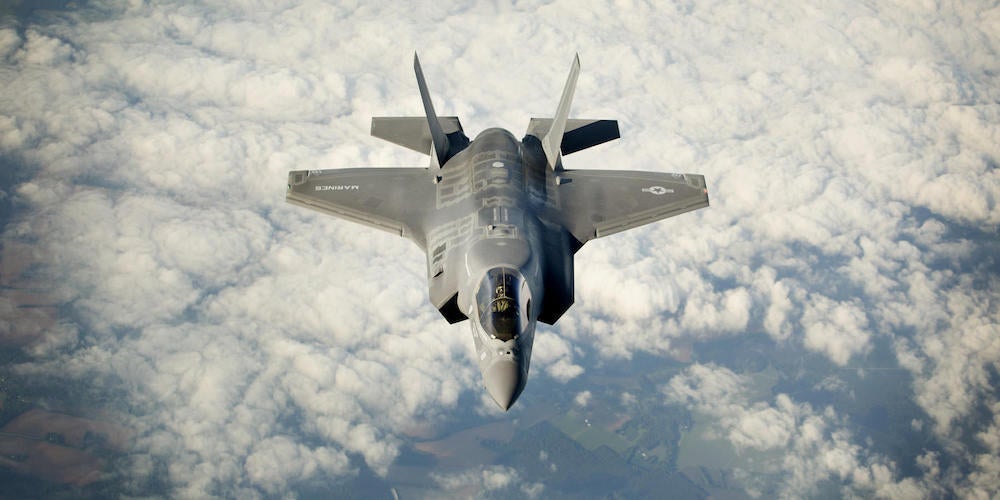 In case you’ve been losing sleep about how defense industry is doing during the novel coronavirus (COVID-19) pandemic, you needn’t worry any longer: Senate Republicans are riding to the rescue.

The Senate GOP’s proposed coronavirus relief package includes about $29 billion in defense spending, including at least $7 billion for aircraft, ships, and other weapons systems, according to Defense News.

Related: The Pentagon is quietly pushing to roll back recent anti-lobbying restrictions

In what is obviously a total coincidence, the proposed defense spending in the COVID-19 relief package would replenish some of the money that the Pentagon transferred from its budget to pay for the wall along the U.S. border with Mexico.

In February, the Defense Department announced it was moving $3.8 billion that Congress had approved to spend on aircraft, shipbuilding, and equipment for the National Guard and Reserves to fund the border wall. As of July 8, about $3.5 billion of that money had been obligated, said Army Lt. Col. Chris Mitchell, a Pentagon spokesman.

The weapons systems that the COVID-19 relief package calls for funding were selected based on the Defense Department’s unfunded priorities list and the specific needs of the military branches, a Senate Republican staffer told Task & Purpose.

“The Defense Industrial Base (DIB) is essential to our economy and to the defense of our nation,” said the staffer, who spoke on condition of anonymity because she was not authorized to discuss the matter publicly. “This bill takes steps to ensure that the DIB, along with the millions of jobs it provides, are supported.”

Needless to say, the idea of using the COVID-19 relief bill to buy military equipment has not gone over well with Democrats such as Sen. Patrick Leahy (D-Vt.), who accused his Republican colleagues of including “a wish list from the Department of Defense “ in the proposed legislation.

“What does this have to do with the immediate crisis?” Leahy said in a statement. “The bill provides nothing to address the long lines at food banks and shortchanges education and childcare, but we can shore up the defense industry? I am at a loss for words.”

Sen. Elizabeth Warren (D-Mass.) who has been a longtime critic of defense industry, was even more incensed.

“Senate Republicans are using COVID-19 relief as cover to shovel $30 billion to defense contractors while gutting unemployment insurance, providing zero dollars for state and local governments, and doing absolutely nothing on the looming eviction crisis,” Warren said in a statement. “Even by their own standards, this is obscene.”