'The implicit banning of these symbols of diversity and inclusion runs counter to our ideals as a nation and a military.' 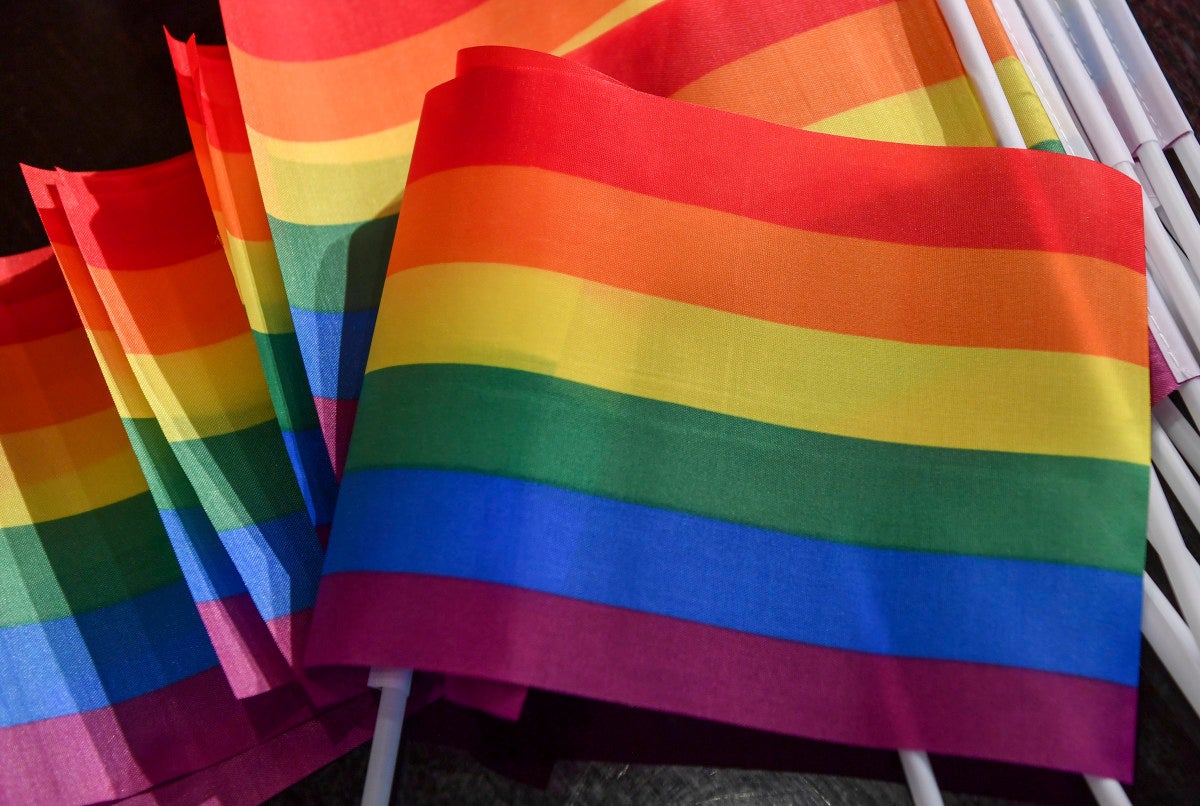 More than two dozen House Democrats are demanding the reinstatement of LGBTQ Pride and Sovereign Native Nations flags on military installations — and an explicit ban on the Confederate Flag.

In a letter sent Friday to Department of Defense Secretary Mark Esper, 34 lawmakers argued that a new policy he issued last month — which was intended to target the Confederate battle flag, but ultimately also banned Pride and Native Nations flags — undermines efforts of inclusion in the military.

“We ask that you immediately revise the new policy on flag display, explicitly ban the Confederate Battle Flag, and ensure that service members can express support for diversity and inclusion through the display of sovereign Native Nations and LGBTQ Pride flags,” the letter read.

The effort was organized by 30-year Army veteran Rep. Anthony Brown of Maryland, Rep. Jackie Speier of California and Rep. Chris Pappas of New Hampshire, and it was signed by 31 members of the House.

On July 16, Esper issued a new policy on the display of flags at DoD facilities. “With this change in policy, we will further improve the morale, cohesion, and readiness of the force in defense of our great Nation,” he tweeted.

While the policy doesn’t explicitly ban the Confederate flag, it specifies which flags are allowed on installations. Since the Confederate banner is not included in the list, it is effectively banned — but so are flags that celebrate diversity, such as the LGBTQ Pride and Native Nations flags.

“Minorities remain vastly underrepresented in commissioned officer and senior leader ranks. The action by the Department to implicitly ban the LGBTQ Pride flag only serves to create a discriminatory environment for LGBTQ service members and continue to isolate them from their fellow Airmen, Marines, Sailors, and Soldiers,” the lawmakers wrote.

“The implicit banning of these symbols of diversity and inclusion runs counter to our ideals as a nation and a military. The Department must have the strength and courage to be able to simultaneously stand against a symbol of hate and oppression in the Confederate Battle Flag while allowing the display of support for civil rights, equity, and justice,” they added.