He was captured "without incident." 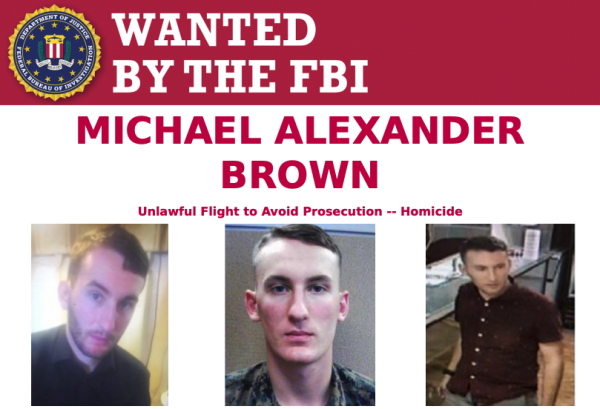 A U.S. Marine deserter suspected of allegedly killing his mother's boyfriend has been captured in Virginia, CNN reports.

In a tweet, the U.S. Marshals Service said Brown had been taken into custody “without incident.” More details of the arrest will be shared in a press conference on Wednesday, the service said.

A manhunt began for Brown after police responded to a shooting call on Nov. 9, according to the Sheriff's Office. Officers responded to a home in Hardy, Va., in which the homeowner, Rodney Brown, 54, was found deceased. Authorities determined Michael Brown was a “person of interest” in the case, though he was suspected of fleeing the state.

A Marine corporal, Brown failed to report for duty at Camp Lejeune, N.C. on Oct. 24, where he was assigned to 8th Engineer Support Battalion, according to Marine Corps Times. He was marked absent without leave and then recategorized as a deserter after being suspected of murder.

Brown had been placed on the FBI's Most Wanted list on Monday.