"Our veterans get one million dollars, and you get to eat great plant-based food. Mr. President, do we have a deal?" 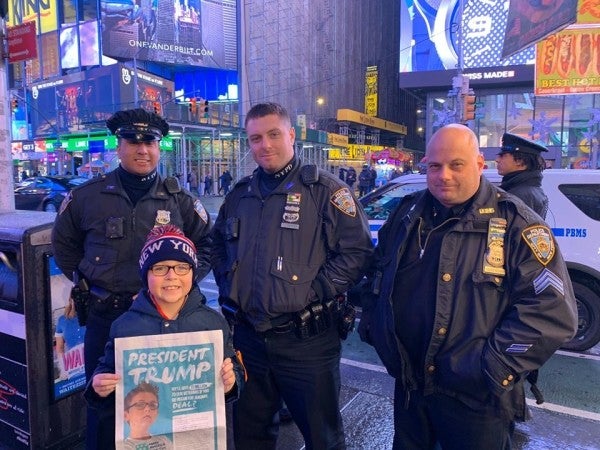 President Trump's penchant for making deals is legendary, and now a 9-year-old is playing him at his own game.

Evan, a boy who is passionate about animal rights and eats only vegan himself, has challenged the President to do the same for the month of January – in return for $1 million donated to veterans.

“President Trump: I'm Evan, president of Animal Hero Kids, and I'd like to make you an offer,” he says in a video posted by a nonprofit, Million Dollar Vegan, the organization that would donate the money. “We will give $1 million to the veterans if you go vegan for January.”

It's a win-win, as Evan points out.

“We want to make America healthy again, and eating plant-based foods is a great place to start,” he says. “Our veterans get one million dollars, and you get to eat great plant-based food. Mr. President, do we have a deal?”

It's anyone's guess as to whether Trump will rise to the plant bait.

While running for president he campaigned heavily based on veteran support, affirming that he would “strengthen the military so that it's so big and so strong and so great” that “nobody's going to mess with us,” reported Military Times earlier this month. He also promised to fire “corrupt and incompetent leaders” of the U.S. Department of Veterans Affairs and reform it.

Yet in mid-November, a judge ordered him to pay $2 million to a group of charities because he had allegedly diverted the funds to his presidential campaign, New York magazine reported earlier this month.

In addition, Trump's recent controversial pardon of three military men for war crimes did not sit well with many veterans.

“It puts us on a par with the enemy,” Lt. Col. Gary Solis, who served in Vietnam and later as a JAG officer, then taught law at West Point and Georgetown University, told NPR. “And we can't allow that. In the future, those who witness war crimes are going to be less apt to report them because they've seen what happens.”

But if he's willing to forego fast food, Trump could win some points and improve his health, as Million Dollar Vegan points out.

“The consumption of animal products is fueling health problems across the United States,” the group points out on its website. “Heart disease, obesity, type 2 diabetes, stroke and some cancers are directly connected to what we eat, and they cost people their health, their well-being and even their lives.”