President Donald Trump said late on Monday he has rejected a Pentagon proposal to cut military healthcare by $2.2 billion 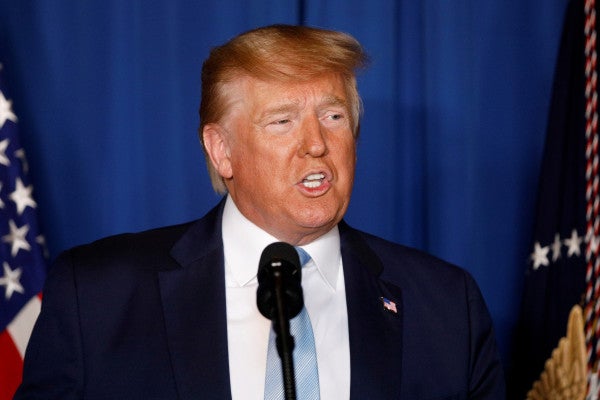 (Reuters) – President Donald Trump said late on Monday he has rejected a Pentagon proposal to cut military healthcare by $2.2 billion.

“A proposal by Pentagon officials to slash Military Healthcare by $2.2 billion dollars has been firmly and totally rejected by me. We will do nothing to hurt our great Military professionals & heroes as long as I am your President,” Trump said in a tweet.

The cut proposed to the military health system over the next five years came as part of an effort by Esper that started last year with the goal of eliminating inefficiencies within the Pentagon's coffers, Politico reported.

Politico also said, however, that senior defense officials had argued that such cuts would have hurt the healthcare of millions of military personnel and their families amid the ongoing coronavirus outbreak.

About 9.5 million active-duty personnel, military retirees and their dependents rely on the military health system. The military's government-run healthcare network operates hundreds of facilities around the world.

Reuters reported last week that Trump had privately discussed with advisers the possibility of replacing Esper after the November election following a growing number of differences between them.