Just remember to get those steps in. 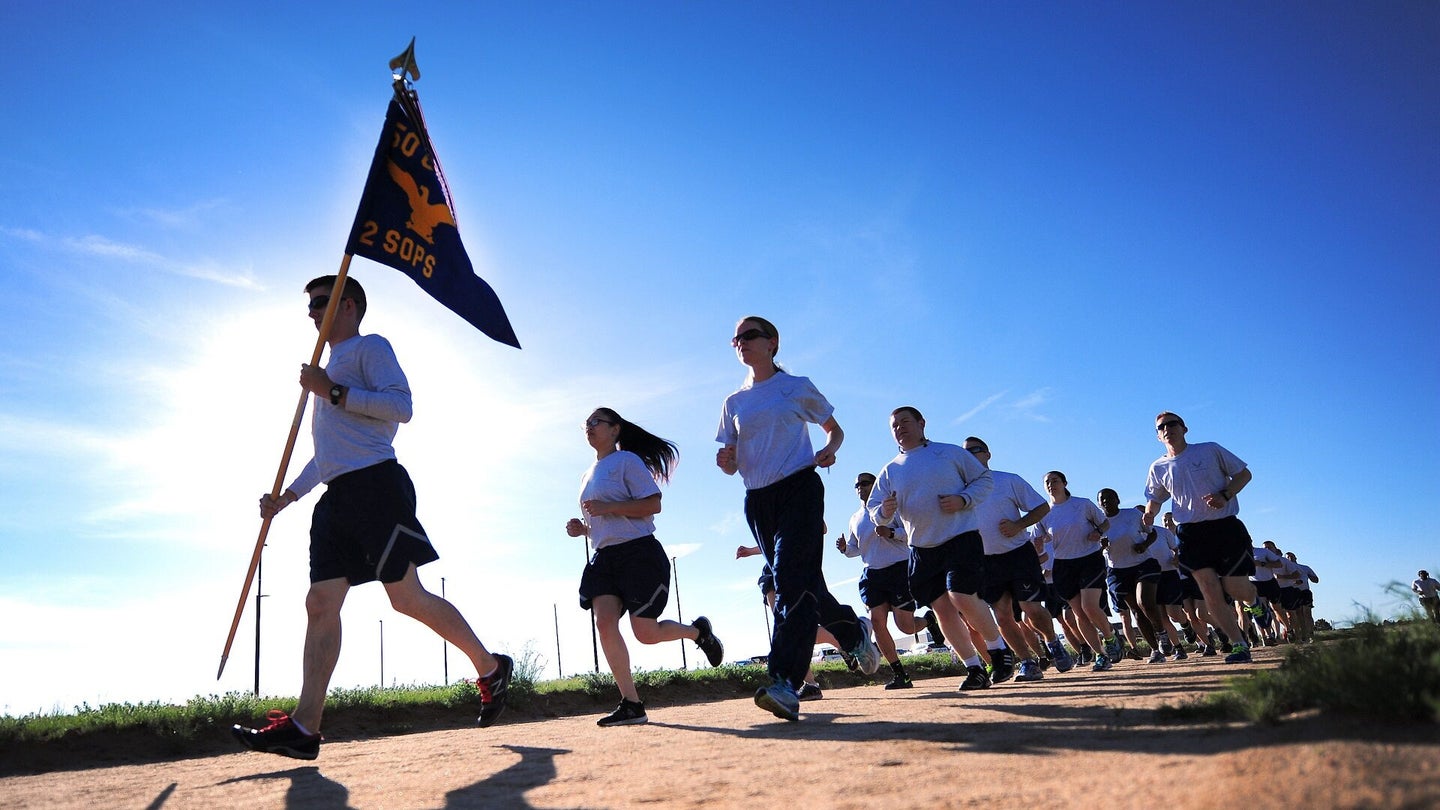 In case you were looking for motivation to join the Space Force, this is it: no physical training tests! The Space Force released a memo on Thursday announcing that it plans to implement a “holistic health and fitness” program that ditches the annual, widely-loathed PT tests used by other services. Instead, the newest military branch wants to teach guardians how to take care of themselves through better diet, sleeping, and fitness education, while also monitoring their progress with wearable technology.

“This program will promote not just physical fitness; it will pair fitness with robust education on diet, sleep hygiene, and other physiological factors to promote social, mental, and spiritual health as well,” said Space Force spokesperson Lynn Kirby. “Our goal is to implement a program that will support guardians in their individual journeys in health and wellness so that they can be their best whole selves both for their teams and at home with their families.”

The memo comes about two weeks after Space Force leaders said they enjoyed using themselves as guinea pigs for the program.

“It made me much more aware of my sleep, and how much I was sleeping, and the patterns of sleep,” said Chief of Space Operations Gen. John “Jay” Raymond, according to Air Force Magazine. “I’m getting personal here, but if I ate a late dinner, I didn’t sleep as well, because my heart rate didn’t go down as fast at night.”

Raymond, Chief Master Sergeant of the Space Force Roger Towberman, and other branch leaders tried using health monitoring rings on their fingers to monitor their sleep and fitness. The rings sound very intelligent despite their small size.

“If you’ve ever woken up before your alarm clock when you’re just laying there with your eyes closed, it knows the difference,” said Chief Master Sgt. James Seballes, senior enlisted leader for Space Training and Readiness Command.

“If you’ve met your mark, it gives you a little crown in the morning,” Seballes said.

The memo released on Thursday seems to formalize the Space Force’s plans to test out their holistic health program. To that end, 2022 will mark the start of a year-long test and evaluation period where “every guardian will be a beta tester,” wrote Patricia Mulcahy, deputy chief of space operations for personnel, in the memo. If all goes well, the program will be fully implemented in 2023.

“This initiative will use wearable technology and a software solution paired with fitness/workout regimens and preventative health practices to increase self-awareness, provide continuous visibility into overall health and fitness, and motivate members and their leaders to increase performance,” Mulcahy wrote.

It sounds like it could be a helpful program, allowing guardians to pursue the health and fitness goals that work for them. However, at this point there are few specifics on how exactly the program will take shape.

It was also not clear how much effect a guardian’s performance in the holistic health program would have on their career; how supervisors would evaluate the data collected by wellness trackers; what metrics were most important, or where the data would be stored.

In each branch, passing fitness tests is essential to stay in the military. Mulcahy wrote in her memo that guardians would complete a “diagnostic fitness assessment” at some point this year, but those assessments “will not be used to determine retention or promotion eligibility; nor will they be used as a basis for discipline or administrative action.” However, the memo did not say what would happen if, for example, a guardian felt like ditching the wearable ring tracker to go buy a Playstation 5 or something like that.

Speaking of the wearable ring, it was also not clear whether guardians would have to wear the rings or other wearable tracker 24/7 or just while on duty. But based on how Space Force leaders used them, it sounds like wearing them will be a full-time commitment.

“I’ll say, sir, what was your sleep score last night?” Towberman said, referring to Raymond. “And he wants to know mine … So we’re building this community, this culture, of fitness where in a fun way people just immediately start taking care of each other. They’re connected.”

Whether or not your supervisor bugging you about your sleep schedule is better than dragging yourself through a 1.5 mile fitness run test probably depends on personal preference. But one thing is clear, the Space Force is going where no service has gone before.

“We will embrace this exciting opportunity to combine leading-edge physiology and technology to foster a culture of readiness,” Mulcahy wrote. “This culture will undoubtedly improve the readiness and performance of all guardians. Semper Supra!”