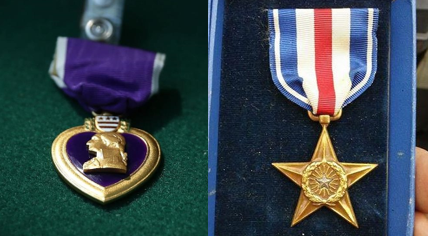 A veteran who collected federal benefits after faking a mental health condition and who falsely claimed to have earned two military honors was sentenced to a year in prison.

Gregg Ramsdell, 61, of Columbus was also sentenced to three years supervised release and ordered to pay $76,000 to the U.S. Department of Veterans Affairs (VA).

Ramsdell had pleaded guilty to one count of false statements and one count of violation of the Stolen Valor Act.

“Ramsdell‘s conduct does a disservice to all of those who exhibit true valor, serving honorably and courageously in our nation’s armed forces. He will pay the penalty for claiming to be the hero he was not, and reaping monetary benefits reserved for our nation’s true heroes,” said U.S. Attorney Charlie Peeler.

Peeler said Ramsdell was sentenced to the top of the guideline range for the crime.

Ramsdell admitted that he falsely claimed to have suffered post-traumatic stress disorder when he applied for disability payments from the VA on Sept. 7, 2014. Ramsdell wrote he witnessed horrible atrocities during deployment in Afghanistan from October 2008 to March 2009, including “men, women and children being executed. Women holding babies while detonating themselves. IED explosions causing severe bodily injuries and death. Retrieving body parts and bagging them.”

He also claimed these experiences made him “unable to live a normal life.” The VA gave him added PTSD benefits retroactive to his military discharge date of June 1, 2014 totaling $76,000.

But Ramsdell was not in Afghanistan during period of time he claimed to witness the atrocities that supported his PTSD claim, and he admitted to investigators that he lied about having PTSD. In addition, Ramsdell obtained a civilian position at U.S. Army Fort Benning in 2017, in part because his resume listed that he was both a Silver Star and Purple Heart with Cluster recipient. He never received these honors.

The Stolen Valor Act of 2013 makes it a crime for people to pass themselves off as war heroes in order to claim money, employment, property or other tangible benefits.