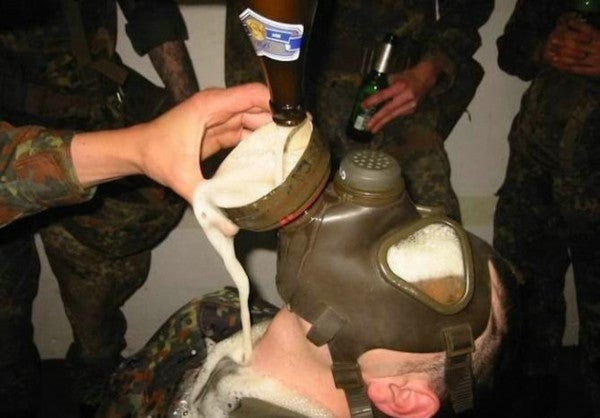 A 22-year-old American soldier assigned to the 2nd Cavalry Regiment in Germany reportedly became so intoxicated in the town of Nuremberg on Saturday that it took a half-dozen local police officers to subdue him, Stars and Stripes reports.

While raw drunken belligerency isn't totally surprising for U.S. troops stationed abroad — we're looking at you, U.S. Forces Korea! — the sheer intensity of the unnamed service member's rampage through the streets of Nuremberg is particularly special.

Here's exactly what the soldier in question did, per Stars and Stripes:

What did this soldier's command have to say for his behavior? “2CR takes unlawful violence toward others very seriously,” unit spokesman Maj. John Ambelang told Stars and Stripes in a statement.

The soldier in question has been turned over to military police and could face assault charges under the Uniform Code of Military Justice, according to Stars and Stripes.

At least nobody stole a taxi this time.