Iran is once again playing chicken with the US Navy 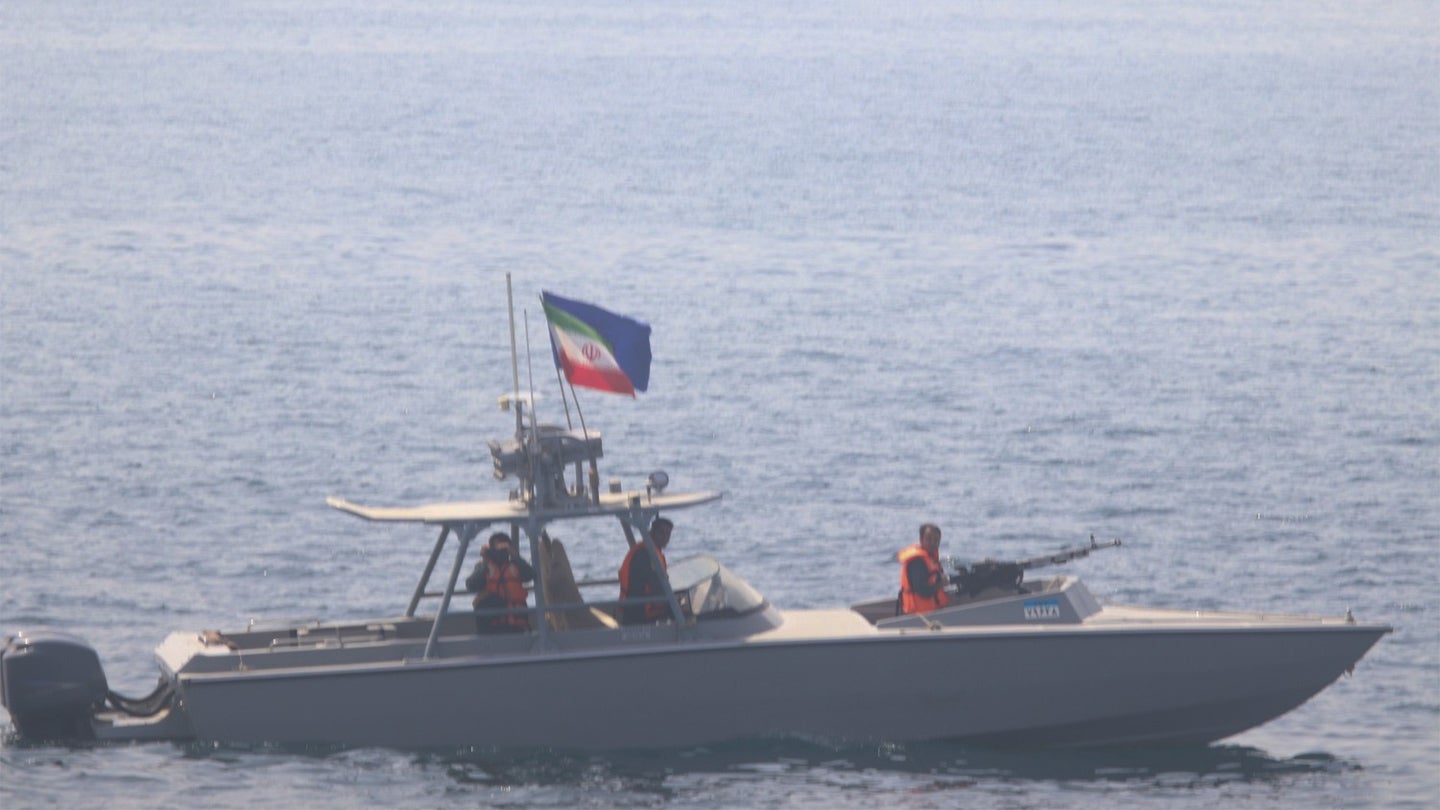 Iranian ships are once again getting dangerously close to U.S. Navy vessels in the Persian Gulf.

Footage taken from onboard the Sirocco and released by the Navy shows one of the Iranian boats maneuvering head-on towards the Navy ships at high speed as the Sirocco sounds an auditory warning.

“The Iranian vessel also came within 50 yards of the U.S. Navy ship during the interaction, and Sirocco responded by deploying a warning flare,” read a statement from U.S. Naval Forces Central Command.

Other photos show the Iranian ship alongside the Sirocco with a crew of three, including one doing some filming of his own. The entire incident lasted roughly an hour.

It’s just the latest instance of Iranian ships making dangerously close passes at the Navy. And given the Strait of Hormuz’s status as one of the world’s busiest waterways and the ongoing tensions between Iran and the U.S., it’s almost certainly not the last.

In March, a trio of Iranian boats made a similar unsafe approach towards Navy and Coast Guard ships in the strait, with one of the Iranian ships passing within 25 yards of the Coast Guard cutter Robert Goldman.

In November 2021, USNI News detailed an encounter between the amphibious assault ship USS Essex and an Iranian Navy helicopter, which circled the ship three times and came within 25 yards of the ship’s port side.

And in April 2021, there were two more close encounters, one of which resulted in the USS Firebolt firing warning shots at the approaching Iranian ships.

The Iranian Revolutionary Guard Corps fleet, with its armed fast boats, has been described as a “Mad Max” navy, and as the video shows, they aren’t about to start obeying the laws of free navigation anytime soon.