"Jason lived with passion and shared compassion with purpose to everyone." 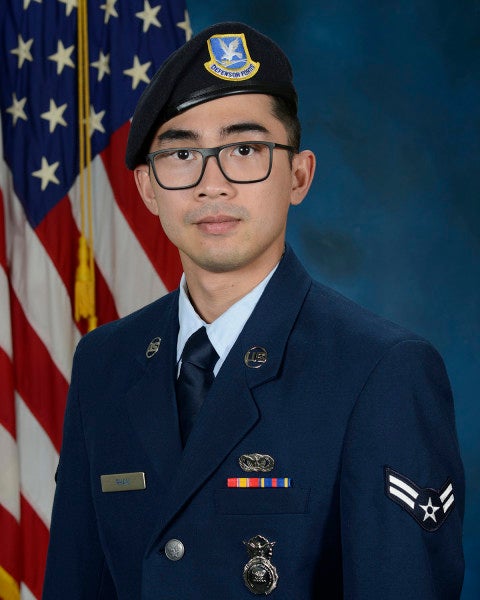 The Defense Department identified on Sunday an airman who was killed over the weekend in a non-combat related incident in Kuwait.

Senior Airman Jason Khai Phan, a 26-year-old from Anaheim, California, was killed on Saturday in a “single-vehicle, non-combat related incident while conducting a routine patrol outside the perimited of Ali Al Salem Air Base in Kuwait,” according to an Air Force press release.

“Senior Airman Jason Phan was an exceptionally noble servant to the nation and his fellow Airmen,” Maj. Shane Watts, the 66th Security Forces Squadron commander, said in Sunday's release. “His tireless commitment to master his craft made him a credible and reliable teammate in critical situations. But it was his genuine enthusiasm and selfless devotion to others that defined the depth of his character and inspiration to his peers and leaders.

“Jason lived with passion and shared compassion with purpose to everyone. He will be sorely missed by the Defenders here, and I’m extremely grateful for and humbled by his service. My deepest sympathy goes out to his family and loved ones.”

According to a press release on Saturday from U.S. Air Forces Central, the vehicle accident also injured two other airmen, who were transported to the hospital with non-life threatening injuries.