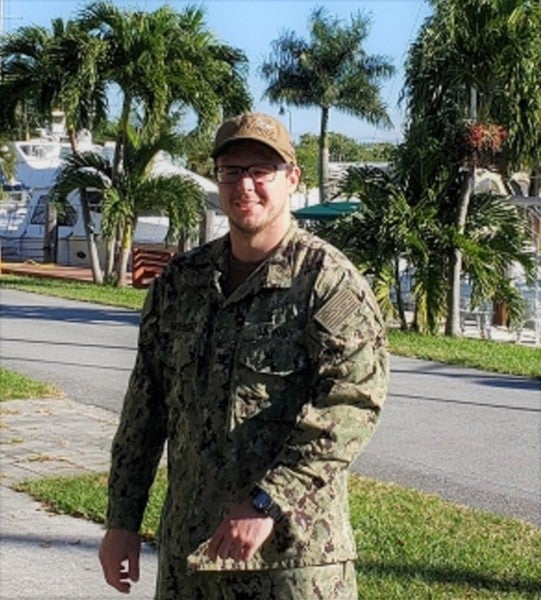 The Navy has ended search and rescue efforts for Information Systems Technician 2nd Class Ian McKnight, a 29-year-old sailor from the aircraft carrier USS Nimitz who has been missing since Sept. 6, Navy officials announced on Tuesday.

“We are deeply saddened as we call off the search for IT2 Ian McKnight,” Capt. Max Clark, commanding officer of Nimitz, said in a statement. “We hold his family and friends in our hearts during this difficult time.”

Navy officials believe that McKnight went overboard on Sept. 6 while the Nimitz was in the North Arabian Sea, the news release says.

Both the Nimitz and the cruiser USS Princeton searched for the missing sailor along with aircraft from the Navy and Air Force, but they were ultimately unable to find McKnight.

Originally from North Carolina, McKnight joined the Navy in February 2018 and was frocked as petty officer second class on Aug. 1, according to the Navy.

Deepest sympathies to the family and friends of Information Systems Technician 2nd Class Ian McKnight, believed to have gone overboard from the USS Nimitz (CVN 68). Thank you to the @USNavy and @USAirForce who tirelessly searched for him. Godspeed Shipmate. https://t.co/SE3hQRSBbb

“The strike group team sends our thoughts and prayers to the family of Petty Officer McKnight,” Rear Adm. Jim Kirk, commander of Carrier Strike Group 11, said in a statement. “And I offer my thanks to all the Sailors and Airmen who were involved in the search for our shipmate.”