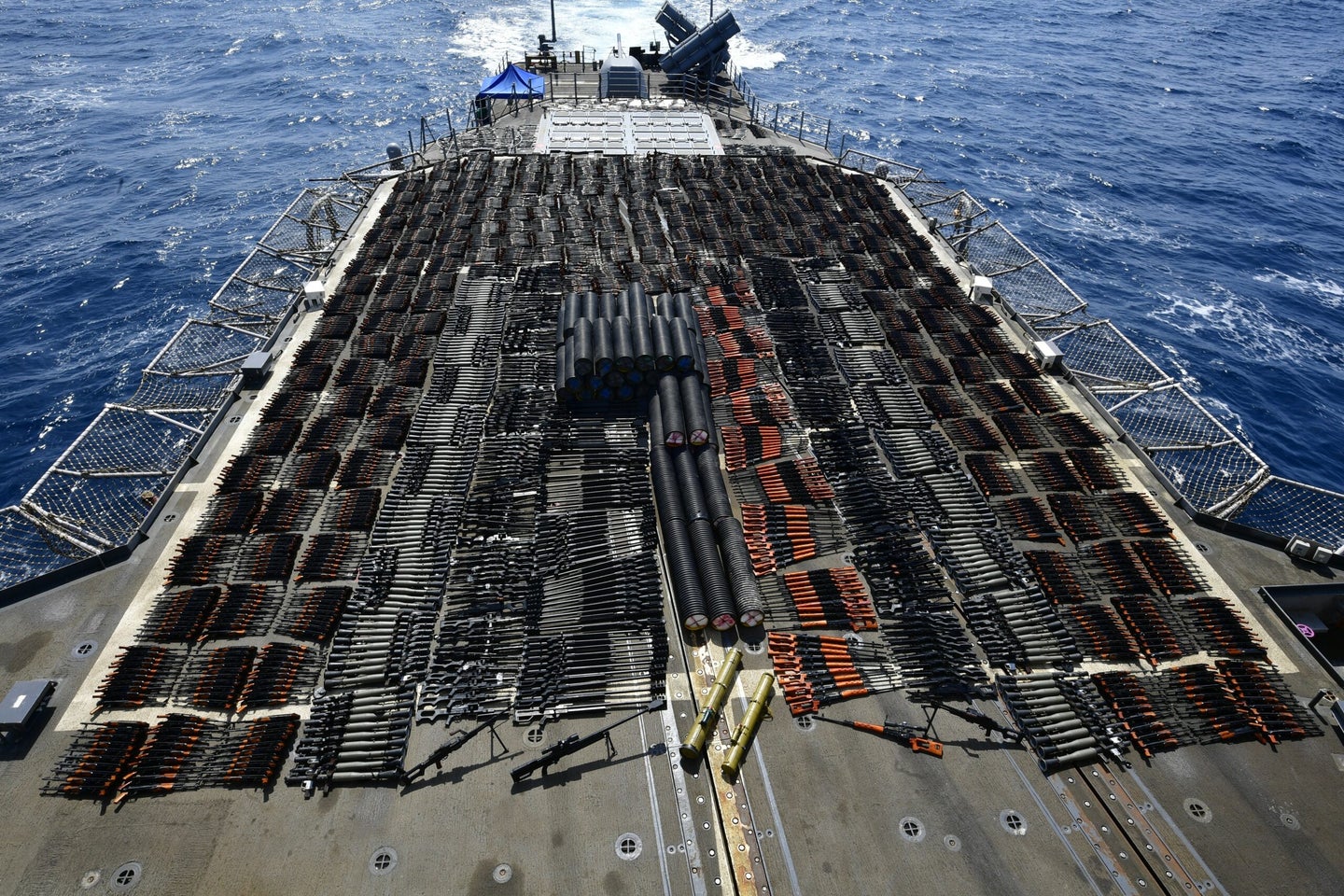 Though it remains unclear where the weapons were headed, the boat, called a dhow, was stopped in international waters by the USS Monterey and boarded for “routine flag verification” on May 6, according to officials with the Navy’s 5th Fleet. A joint Navy-Coast Guard interdiction team found the dhow was a stateless vessel carrying a weapons cache so large that it took 36 hours to unload.

Indeed, by the time sailors took all of the weaponry seized from the boat to the Monterey and arranged them in stacks on the rear deck, it looked like the virtual arms room from The Matrix. Photos released by the Navy show the haul took up the entire helicopter deck of the ship, a 567-foot guided-missile cruiser homeported in Norfolk, Virginia.

To give you a sense of scale: A regiment of several thousand soldiers could have been equipped with the weapons, which were neatly packed in plastic and hidden below decks.

Officials said the source and destination of the weapons remain under investigation, but signs indicate it was an illegal Iranian arms shipment to Houthi rebels in Yemen, as one American defense official told AP. The USS Normandy made a similar seizure last year that bore Iranian fingerprints.

Arms researchers said on Twitter they had spotted hundreds of Sayyad rifles, an Iranian knockoff of a Steyr-made .50 caliber sniper rifle, and Nakhjir 3 rifles, an Iranian version of the Soviet SVD sniper rifle. A 5th Fleet spokeswoman did not respond to questions about the release of the crew or what would happen to the weapons.

“After all illicit cargo was removed, the dhow was assessed for seaworthiness, and after questioning, its crew was provided food and water before being released,” a Navy statement said.