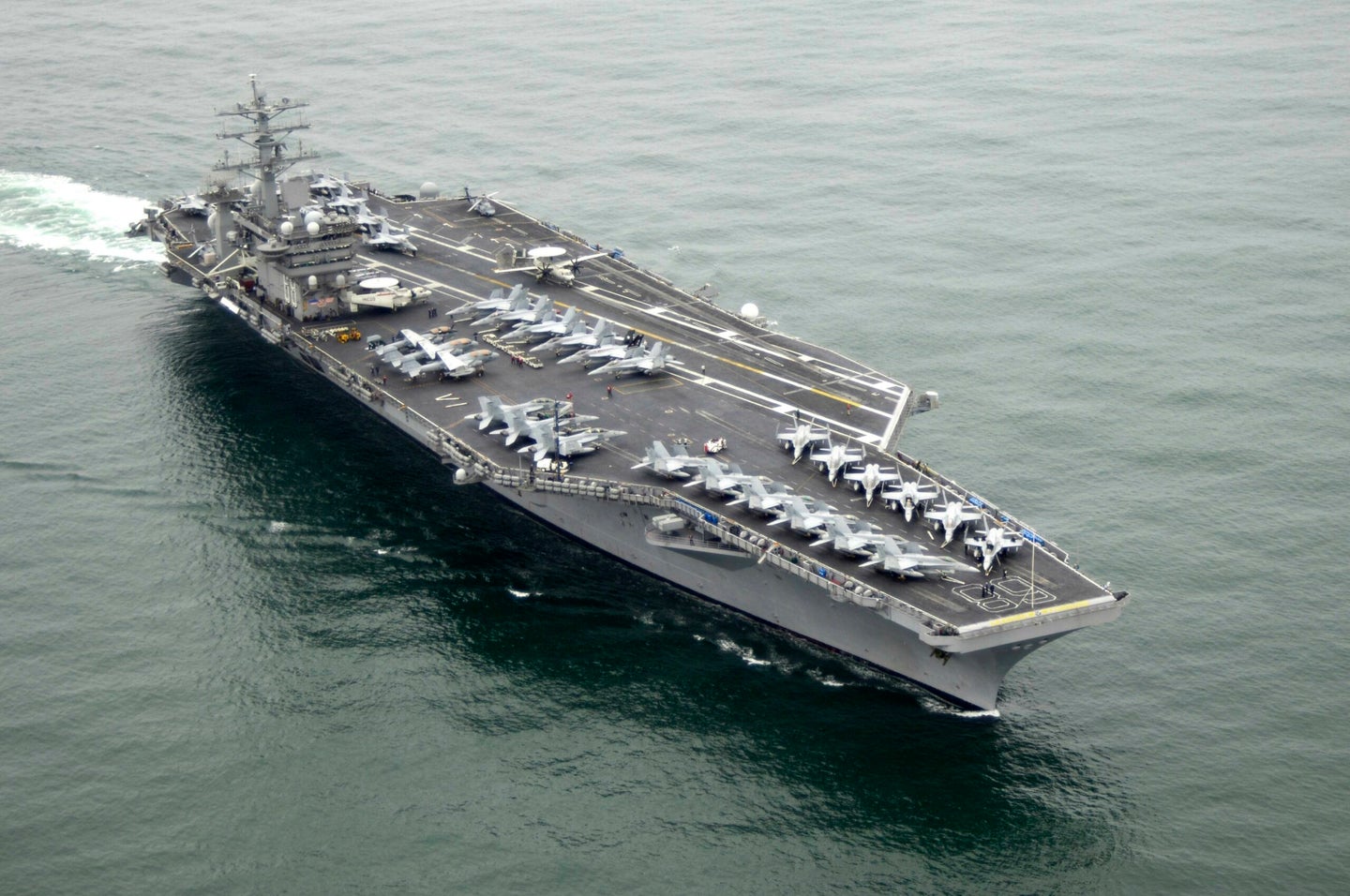 “Due to the recent threats issued by Iranian leaders against President Trump and other U.S. government officials, I have ordered the USS Nimitz to halt its routine redeployment,” Miller said in a statement released on Sunday night. “The USS Nimitz will now remain on station in the U.S. Central Command area of operations.”

“No one should doubt the resolve of the United States of America.”

Miller did not elaborate on what threats had caused him to keep the Nimitz in the Central Command theater of operations. Sunday marked the first anniversary of the U.S. airstrike that killed Iranian Maj. Gen. Qasem Soleimani, the former head of the Islamic Revolutionary Guard Corps, and Abu Mahdi al-Muhandis, the commander of Kata’ib Hezbollah.

As the anniversary of the airstrike neared, the Navy posted photos to Twitter of the guided-missile submarine USS Georgia transiting the Strait of Hormuz on Dec. 21. Such submarines can carry up to 154 Tomahawk cruise missiles or up to 66 special operators.

In case the Navy’s warning to Iran was too subtle, Central Command also tweeted pictures of the Georgia with captions in Farsi.

President Donald Trump has also publicly accused Iran of being responsible for a Dec. 20 rocket attack on the U.S. embassy in Baghdad.

On Dec. 23, the president tweeted a picture of three rockets that failed to launch, claiming they came from Iran – although he did not elaborate on how the U.S. government had determined where the rockets came from. “Some friendly health advice to Iran: If one American is killed, I will hold Iran responsible,” Trump tweeted. “Think it over.”

That same day, CENTCOM spokesman Navy Capt. Bill Urban announced that the rocket attack on the U.S. embassy in Baghdad was “almost certainly conducted by an Iranian-backed Rogue Militia Group.” Urban did not provide any evidence to back up his claim.

“While this 21 rocket attack caused no U.S. injuries or casualties, the attack did damage buildings in the U.S. Embassy compound, and was clearly NOT intended to avoid casualties,” Urban said in a statement.

“Iran is able to turn U.S. aircraft carriers into submarines in a few hours,” the Tehran Times quoted Safavi as saying.