US airstrikes against five Kata’ib Hezbollah targets were meant to deter further rocket attacks. They didn’t

While it is not yet clear who launched the latest rocket attack on Camp Taji, the airstrikes on Kata’ib Hezbollah have not stopped tensions in Iraq from escalating further. 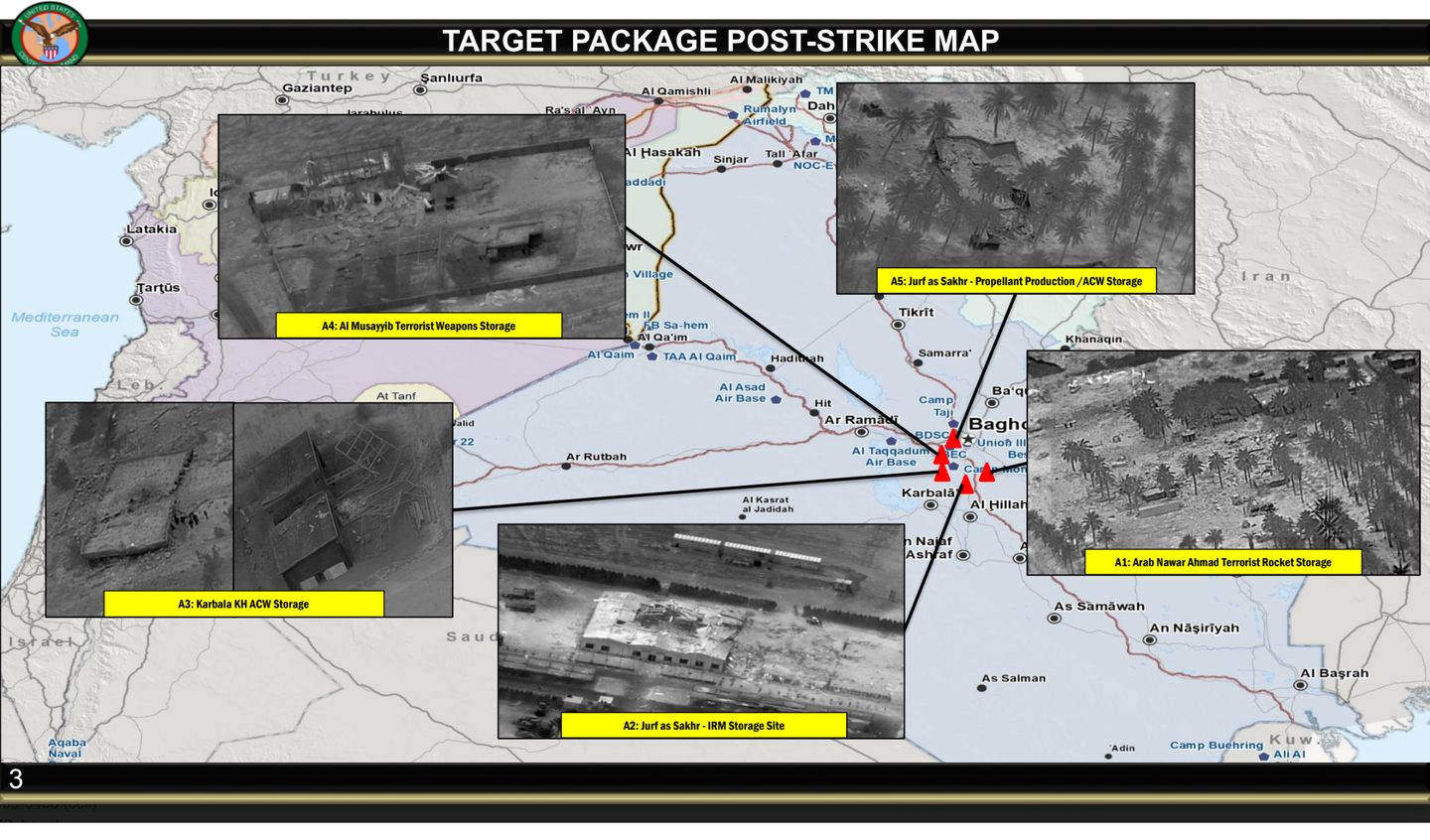 The U.S. military’s recent airstrikes on Kata’ib Hezbollah have failed to deter further attacks on U.S. troops in Iraq.

Pentagon spokesman Jonathan Hoffman issued a preemptive statement on Saturday about whether the U.S. military will respond to the latest attack.

“I will simply refer you to the secretary of defense's comments last week: ‘You cannot attack and wound American service members and get away with it; we will hold them to account,’” Hoffman said.

While it is not yet clear who launched the latest rocket attack on Camp Taji, the airstrikes on Kata’ib Hezbollah have not stopped tensions in Iraq from escalating further.

“We believe that this is going to have an effect on deterring future strikes of this nature,” Marine Gen. Kenneth McKenzie Jr., head of U.S. Central Command, told reporters on Friday. “We've seen in the past what happens when you don't respond. Now people know that we're not going to tolerate these direct attacks on American or coalition service members, and we're willing and able to respond.”

Kata’ib Hezbollah has many more weapons storage sites and the U.S. military believes it knows where most of them are, McKenzie said during a Pentagon news conference.

The U.S. military decided to strike only five targets out of “restraint,” said McKenzie, who indicated that more airstrikes could be launched if Kata’ib Hezbollah failed to get the message.

“If it doesn't work, we got plenty more places we can go and go to work, and I'm confident we'll do that,” McKenzie said.

However, McKenzie acknowledged that the U.S. military-led mission in Iraq cannot protect all of the soldiers, sailors, airmen, and Marines in the country.

When asked why Camp Taji did not have a Counter-Rocket, Artillery, Mortar that could have intercepted the rockets fired at the base, McKenzie said that U.S commanders need to “ruthlessly prioritize” which installations have such defenses.

Putting a C-RAM at Camp Taji would require taking the system away from another base that the U.S. military had deemed important enough to be defended against rocket and mortar attacks, he said.

“It's a zero-sum game, and we balance that all the time as we take a look at that,” McKenzie said.