Are the recent airstrikes in Iraq and Syria really as ‘defensive’ as the Pentagon claims?

The best offense is a good defense. 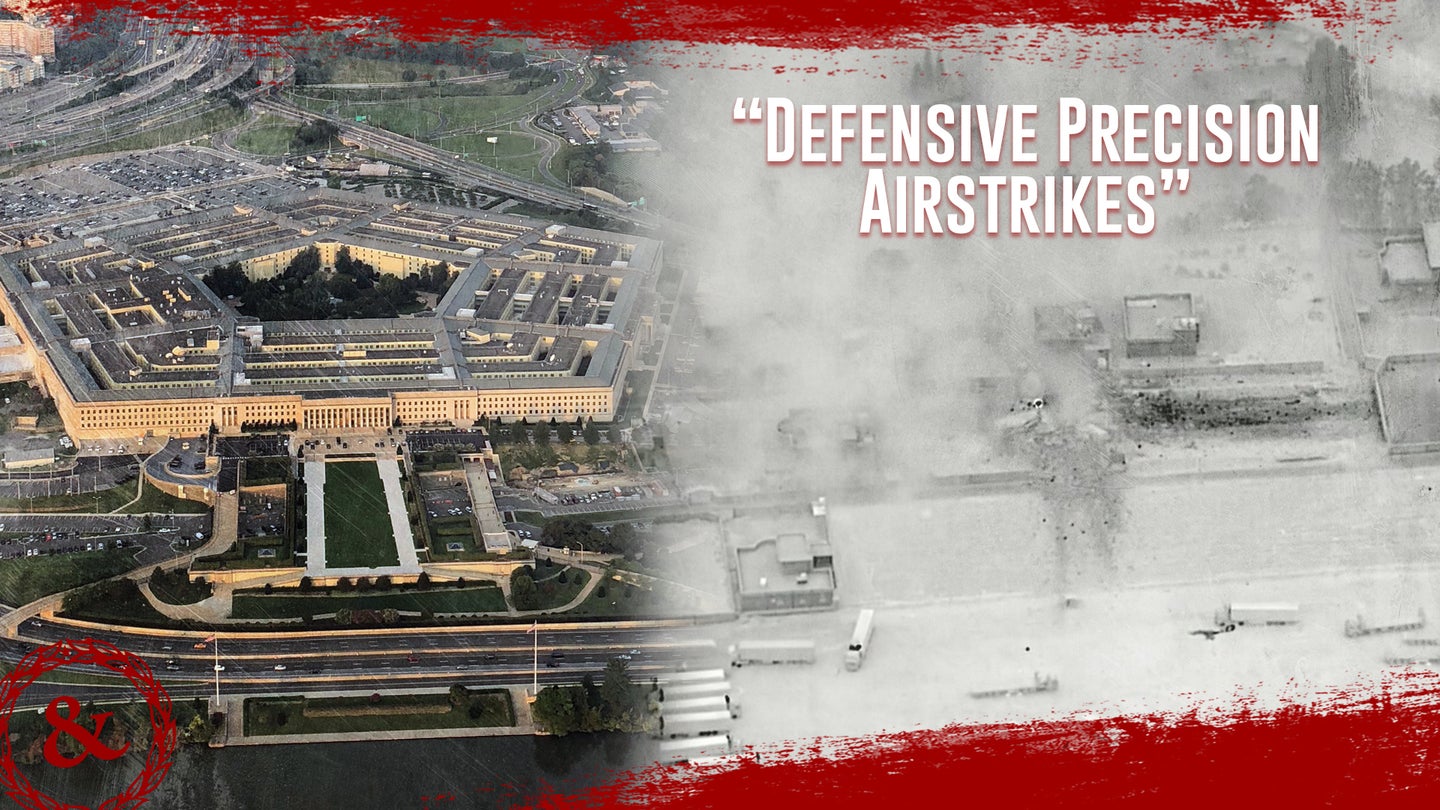 For the past two administrations, U.S. military officials have described airstrikes against Iranian-backed militia groups in Iraq and Syria as “defensive” — an odd word to describe bombing targets in another country.

It certainly fits within the vocabulary of American military-speak. After World War II, the Department of War was reorganized into the Department of Defense, which occasionally conducts offensive military operations, such as launching airstrikes against enemy targets.

“As a matter of international law, the United States acted pursuant to its right of self-defense,” Kirby said in a June 27 statement. “The strikes were both necessary to address the threat and appropriately limited in scope.”

Still, describing the airstrikes as “defensive” is a bit of a stretch considering they were not launched as U.S. forces were under attack. No U.S. official has claimed that American troops were in the middle of a firefight at the time U.S warplanes attacked the targets in Iraq and Syria.

Typically, military public affairs officers describe an action as “defensive” if it comes in response to an attack on U.S. service members, said retired Marine Lt. Col. Joe Plenzler, who served as a Marine Corps spokesman for 20 years.

That is different from using intelligence, surveillance, and reconnaissance to identify a hostile force or threat on the battlefield and then attacking it, said Plenzler, who also contributes stories to Task & Purpose.

“To me, that would be an offensive action,” Plenzler said “It doesn’t really matter to the guys on the ground because they’re underneath some PGMs [precision guided munitions] and they’re just as dead whether we use the adjective ‘offensive’ or ‘defensive.’”

(Editor’s note: Adblocker will need to be disabled to view the video.)

Marine Gen. Kenneth McKenzie Jr., the head of U.S. Central Command, tried to square this circle when Task & Purpose asked him in March 2020 if describing airstrikes on the same Iranian-backed groups as “defensive” stretched the word’s definition.

“Actually, no I don’t think so at all,” McKenzie said at the time. “I think these attacks are designed to prevent future attacks on us, which would be the definition of a defensive action. Clearly, dropping a bomb is in of itself an offensive tactical action – but in the broader context these are designed to be defensive strikes.”

Biden determined that the most recent airstrikes on Iranian-backed militia groups were both necessary to protect U.S. service members and appropriately limited in scope, said Navy Cmdr. Jessica McNulty, a Pentagon spokeswoman.

“The United States always will take necessary action to protect and defend our forces and our partners from threats or attack,” McNulty said on Tuesday.

It should be noted that neither of the airstrikes in 2020 or 2021 actually prevented further attacks on U.S. troops. On March 14, 2020, three U.S. troops were wounded by a rocket attack on Camp Taji, Iraq, that came just two days after airstrikes on the Iranian-backed militia group Kata’ib Hezbollah. And on Monday, American troops in Syria were attacked by “multiple rockets” the day after the most recent airstrikes.

Another consideration is whether the recent U.S. airstrikes meet the legal definition of “defensive” actions. On this point, the United States is on firm footing, said retired Maj. Gen. Charles Dunlap, former deputy judge advocate general of the Air Force.

“A defensive response can be lawful even outside of a classic ‘troops-in-contact’ situation,” Dunlap said. “In fact, international law permits anticipatory self-defense actions where the attack is expected but has not yet taken place. Troops do not have to be under fire at the moment an action is being taken to defend them.”

The Iranian-backed militia groups had reportedly used armed drones to launch five attacks on U.S. forces in Iraq prior to the airstrikes, noted Dunlap, who is also executive director of Duke University’s Center on Law, Ethics and National Security.

Even though those attacks did not harm any U.S. service members, Dunlap feels they met the legal threshold that allowed the United States to launch “a proportional response to disrupt any ongoing attack plans or to deter future ones.”

If anything is certain, it’s that this will not be the last time the United States takes “defensive” actions in Iraq, Syria, and elsewhere.

“While the strike was necessary, no one should delude themselves into thinking the threat from drones or, for that matter, Iranian militias is going away any time soon,” Dunlap said.