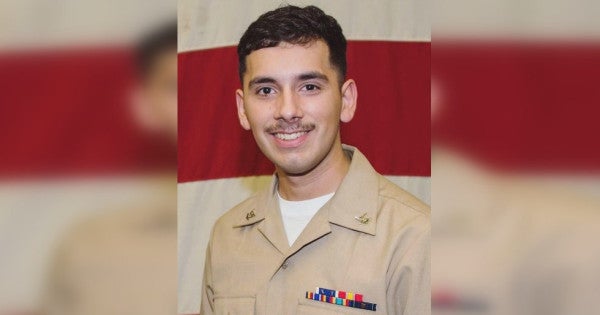 A sailor from the aircraft carrier USS Abraham Lincoln has been officially declared dead after he went missing on July 17 and search and rescue efforts failed to find him, a Navy official said.

Saldana was assigned to Helicopter Sea Combat Squadron 5, with Carrier Air Wing 7. He was initially listed as Duty Status Whereabouts Unknown after being reported overboard in the Arabian Sea.

The search for him ended on July 19.

WATCH NEXT: Sea Hawk Helicopters Take Off From The USS Abraham Lincoln