New ‘Andor’ trailer proves the AK is eternal, even in Star Wars

The weapon of choice for rebels around the world and in a galaxy far, far away… 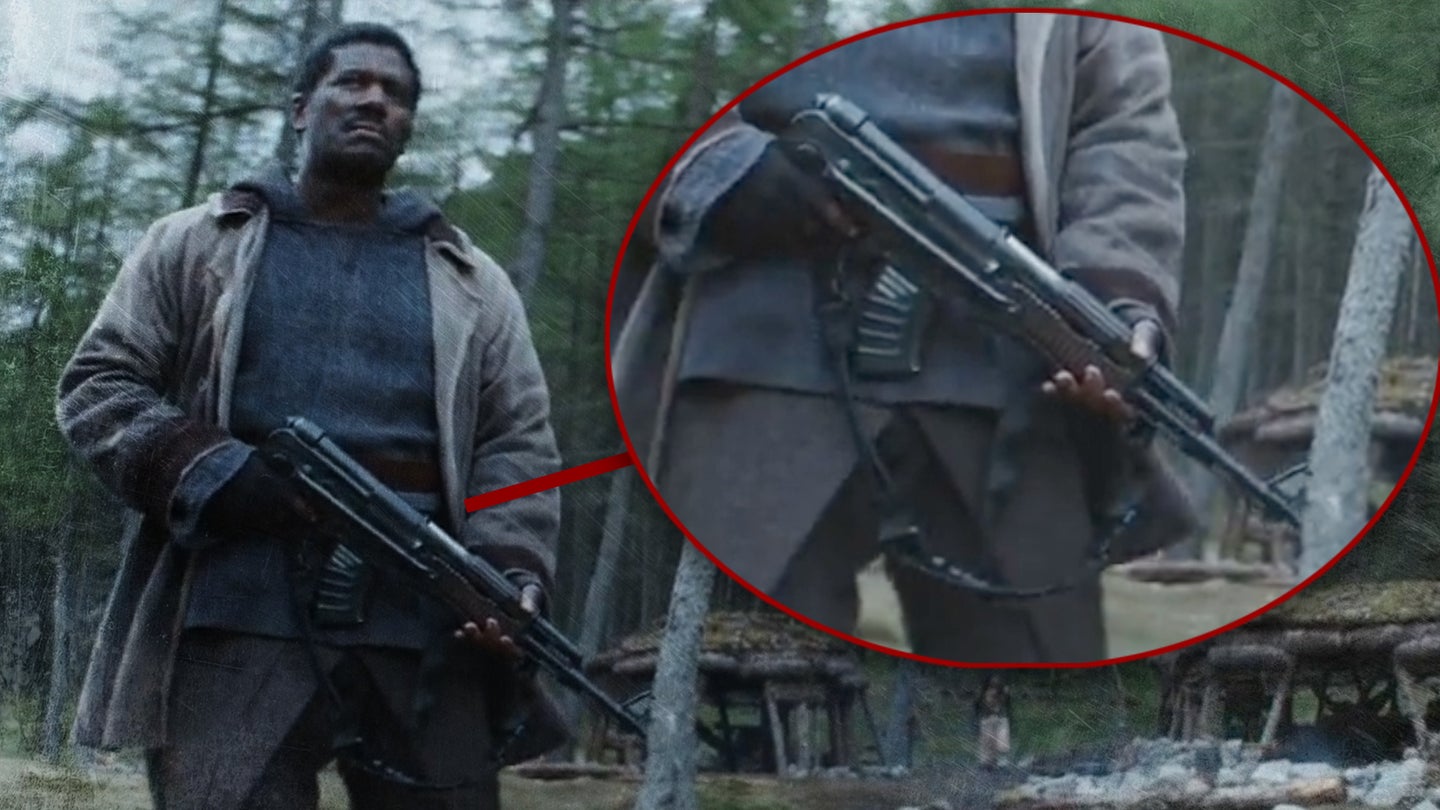 One of the most iconic weapons of rebel forces across the globe has made its way into the 'Star Wars' universe. (Screenshot via Disney's 'Andor').
SHARE

Sound the alert: There’s more Star Wars coming. The latest salvo of adventures is Andor, the new show set to debut in September. The prequel series to the interquel film Rogue One just released a new trailer, mainly focused on the subterfuge and sabotage the ragtag rebellion is engaging in against a powerful but arrogant Galactic Empire. In terms of the series’ timeline, Andor is set a few years before both Rogue One and A New Hope, the original Star Wars film.

There’s a lot going on here, with Diego Luna’s Rebel spy/special operator and titular hero Cassian Andor as the focal point to the fighting and confirmation that Forest Whittaker is back as Saw Gerrera, the insurgent commander with unsound methods. There’s not a lightsaber to be found, but there is a lot of war. What the trailer and the show lack in Jedi, it makes up for with Imperial force, Star Destroyers, senatorial intrigue and plenty of science-fiction action.

So why is this guy carrying an AK rifle?

No, seriously. Look at it. Curved magazine, tell-tale barrel design, that sure looks like a Kalashnikov rifle. They’re not even trying to hide it. (Then again, Star Wars takes place a long time ago, and by that it means pre-1947.) Since its introduction into military service more than seven decades ago, Mikhail Kalashnikov’s assault rifle has proven its durability, both in ease of care and effectiveness on the battlefield. There have been upgrades and new models but the same basic design has lasted. It’s just strange that Lucasfilm apparently decided this character needed to prominently carry one.

Then again, it also makes sense that Star Wars would eventually use an AK, for two reasons. The first is simply practicality. The prop teams and production designers behind Star Wars have relied on real-world weapons to be the basis for its sci-fi weapons. Han Solo’s smuggler’s blaster was a modified Mauser C96 (the distinctive broomhandle grip is a dead giveaway). The Imperial Stormtroopers were gifted both with bad aim and service weapons taken from the British Army’s Stirling submachine gun. Grounding the props in some form of reality helped to sell the used future aesthetic in Star Wars, which along with Alien helped reinvent the visual language of science fiction at the time. The Rebel Alliance has always been dirty and practical, their equipment tactile and built for wear and tear. A Kalashnikov rifle in that setting fits perfectly. But it is extremely strange that it appears unmodified and in the hands of someone in the foreground of a shot, not even relegated simply as a background prop like the ice cream maker in The Empire Strikes Back. Surely in the show, it will be firing blaster bolts instead of bullets. At least, we assume so.

The other reason is more contextual. When George Lucas started making the films in the 1970s, he drew on real-life conflicts. Lucas has been pretty on the record saying that the Rebels were in part inspired by the Viet Cong fighting against the well-equipped and highly advanced American and French armies. That was the subtext in A New Hope all the way to the Ewoks’ use of forest warfare in Return of the Jedi. And the Kalashnikov was one of the main weapons guerilla forces used in Vietnam. Rogue One, beyond just being the best Star Wars film for depicting what war is like for soldiers, echoed the original trilogy by drawing on insurgency movements and urban combat from the Global War on Terror, where the Kalashnikov also was heavily utilized. With this prop in Andor, it appears the subtext is now just text.

This could just be a character in all of one brief scene. The Star Wars Kalashnikov could be a ridiculously powered weapon like Chewbacca’s bowcaster. There could even be more of them in use throughout the show. We’ll have to wait and see how rebel cells carry out their insurgency and guerilla warfare.

The first three episodes of Andor premiere Sept. 21 on Disney+.