Starting on Dec. 18, two days before its theatrical release, troops deployed to Iraq, Kuwait, Saudi Arabia, Afghanistan, United Arab Emirates, and elsewhere, will have a chance to see the highly anticipated final installment in the ​Star Wars​ franchise that began a long time ago, in May, 1977. 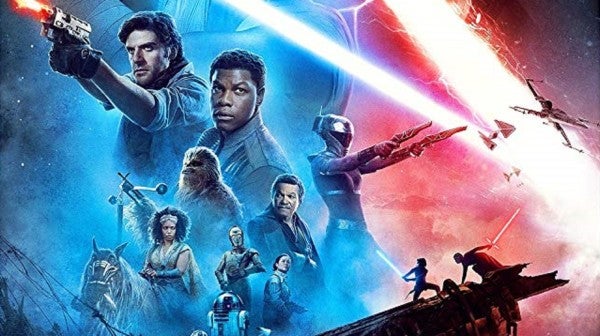 Some 10,000 deployed service members will be getting an early screening of Star Wars: The Rise of Skywalker.

So, here's to hoping there are no blue falcons out there to ruin it for everyone else.

Starting on Dec. 18, two days before its theatrical release, troops deployed to Iraq, Kuwait, Saudi Arabia, Afghanistan, United Arab Emirates, and elsewhere, will have a chance to see the highly anticipated final installment in the Star Wars franchise that began a long time ago, in May, 1977.

The free special showing is the result of a partnership between the Army & Air Force Exchange Service and Walt Disney Studios, according to a joint statement put out on Tuesday.

“Since 2012, the Exchange has forged a partnership with The Walt Disney Studios to bring first-run movies to our nation's heroes,” Tom Shull, the CEO of AAFES said in the statement. “Bringing a blockbuster movie like Star Wars: The Rise of Skywalker to deployed troops during the holidays is a big morale boost. These service members are away from family and friends during this special time of year—and seeing a big release at the same time it's being shown back home strengthens their connection with family and friends and eases the tensions of deployment.”

And what could be a better morale boost for an E-4 deployed to Afghanistan than to be able to call up his high school buddy back home working at the strip mall to say “Ha, I told you joining the Army was a good idea! Eat it!”

In 2017, service members downrange had a chance to see Star Wars: The Last Jedi, ahead of its theatrical release; and a year before that, others saw Rogue One: A Star Wars Story. Ditto for Star Wars: The Force Awakens in 2015.

“It's a privilege to do something special for these brave men and women,” Ken Caldwell, an executive vice president with Walt Disney Studios said. “This is our way of thanking our troops for their service.”

According to the statement, “the free screenings will take place at locations where the Exchange does not operate Reel Time Theaters, however Exchange theaters in Qatar, Afghanistan and Kuwait will play the movie during its normal theatrical release.”