Rogue One is a war movie in a way that no other Star Wars film is. 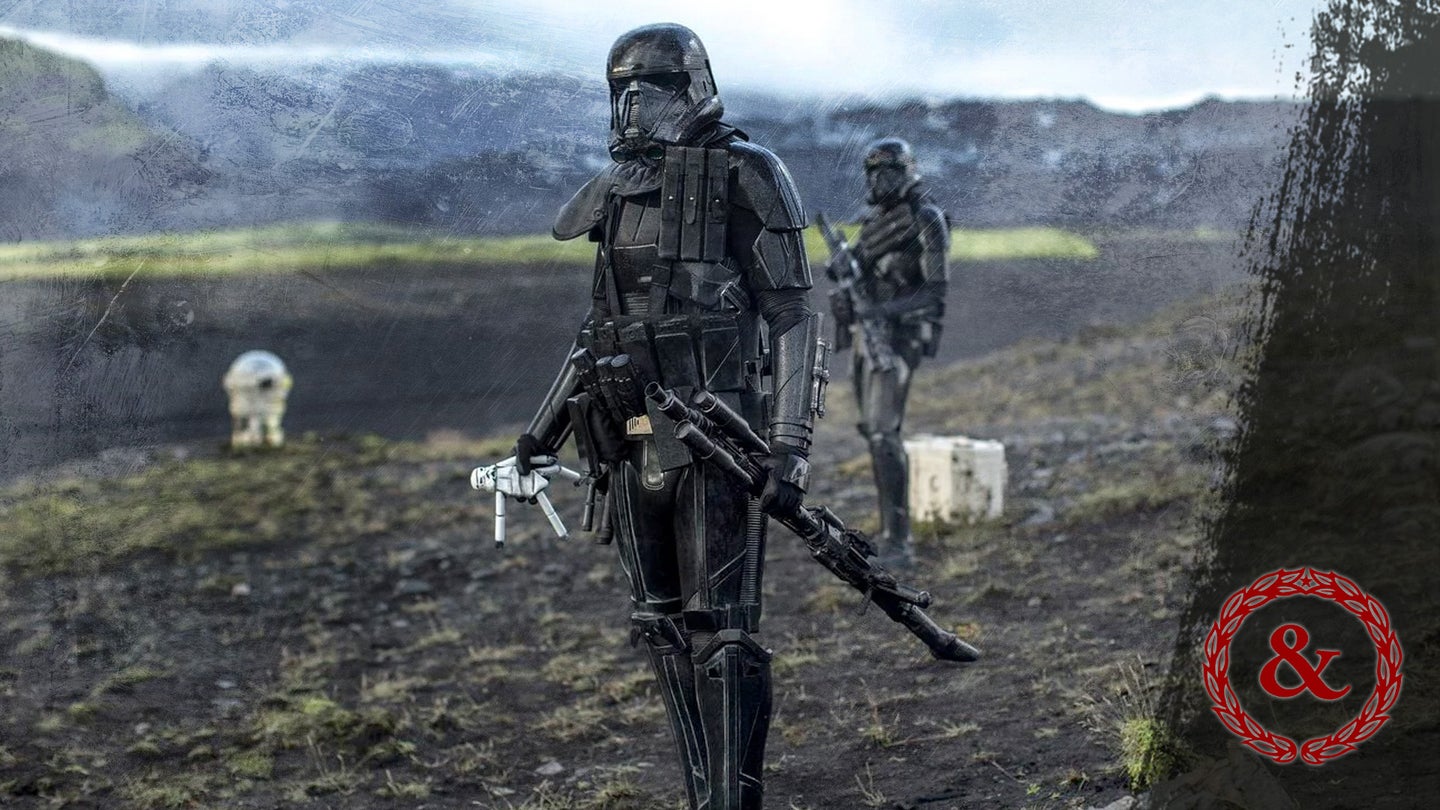 The year after I retired with 21 years of military service, I saw the film Rogue One for the first of many times, walked out of the theater, and declared to my teenage son, “That’s the best Star Wars movie ever made!” It was a bold claim, especially among life-long Star Wars fans like my son and me. Describe a plotline, and he can name the season and episode of the Clone Wars that referenced it. As for me, I’ve been in this fight since I was five years old… apologies to Alliance Officer Cassian Andor. That was my age when my mom dropped my brother and me off nearly every day for the original run of A New Hope on the small, single-screen theater in the tiny Tennessee town we grew up in. However, we had always adhered to the orthodoxy that The Empire Strikes Back was the best film of the series.

Since then, my conviction about Rogue One’s quality has not waivered. It’s rare for me to love a movie — any movie — as much as I love this one. My wife asked, “What is it with you and that movie?” (Warning! Spoilers ahead.)

When I posed my wife’s question to my son, he didn’t hesitate. “You love it because it’s a war movie.” He was absolutely right, though, I had never thought of it that way before. Rogue One is a war movie in a way that no other Star Wars film is. The three trilogies, the Skywalker Saga, are primarily about Jedi knights — their discovery, rising or falling — set against the backdrop of a galactic war. Solo is a buddy-heist movie at heart, also set in the middle of a galaxy at war. Sure, there are battles in all of them, but that’s not what they are really about. Aside from the war backdrop, there are gangsters, amazing monsters, visits to fabulously rich casino worlds, or quiet Jedi pilgrimages to ancient temples. Rogue One, on the other hand, is all about the war. There is no character, no scene, and no location that isn’t about the characters’ individual and direct participation in the war effort.

I don’t know if they used military veterans as consultants, but Rogue One manages to exude military authenticity. The spacecraft rattle annoyingly. Places where hands would naturally grab, or gear would rub, have the paint worn off. Cockpit windows are scratched, and, if the sunlight hits them wrong, they are hard to see through. Headphones get hung on a convenient grab rail and not on the hanger designed for them — if there even was a hanger. Apparently, designers of military vehicles in galaxies far, far, away have also never actually operated them in the field. Vehicle movement creates uncomfortable levels of dust. These are all things that will immediately seem “real” to military veterans.

Look also at the uniforms and appearance of the foot soldiers in Rogue One, particularly those involved at the Battle of Scarif. Rebel Lt. Taidu Sefla’s kit looks straight out of the Vietnam War, complete with a rough-worn flak jacket, M1-style helmet with personal gear held on by an elastic band and a chin strap – undone, of course. His weapon seems like an M4 or M16, and he’s holding it in a manner which, unlike so many movies, is authentic: muzzle down and finger high and alongside the weapon, not on the trigger. Now compare all that with the troopers of the Endor Strike Team from Return of the Jedi and their cartoonish helmets, impractical square-box backpacks, and their (lack of) muzzle discipline. I think we can safely admit that the Endor crew looked a little ridiculous, even at the time.

Much of the dialogue also rings true, especially the droid K2’s dark sense of humor. There is nowhere he goes that he does not leave a pool of sarcasm behind him. In a touching scene where everyone is committing to support Jyn in her half-cocked mission, K2, who has had a rough relationship with Jyn, says, “Jyn, I’ll be there for you.” After a pause for everyone to dab a tear, K2 follows with, “Cassian said I had to.” This is precisely the kind of thing members of my units might have said to each other.

Everyone’s miserable, but in it together

For most of the movie, the Rogue One characters are forced to “embrace the suck.” The tone of the movie is the darkest since The Empire Strikes Back and Revenge of the Sith. Bad guys are winning for nearly the entire movie. The “victory” doesn’t come until literally the last 80 seconds and it isn’t much of a victory. It comes at such a high cost that, to the characters, it isn’t clear whether it was worth it.

Our heroes spend most of their time wet, uncomfortable, afraid, and bickering. This is no jolly band of swashbuckling scoundrels. Mission personnel return to the forward operating base dirty, exhausted, and resentful to find other unit members goofing off. Friendly fire is a real danger. Higher headquarters sends conflicting and unhelpful orders with no clue about what’s actually happening in the field. Soldiers in the field are pretty sure the orders are a bad idea but strive to fulfill them anyway. No one seems particularly confident in success. Rather, bitter stoicism seems to be the ethos of the day.

Additionally, the good guys are not a squeaky clean contrast to the bad guys. The “good guys” murder, cause friendly casualties, torture their captives, and execute wounded enemies while rationalizing all of this. These moral injuries also clearly weigh on many of the participants, Cassian Andor in particular.

The Battle on Jedha also blurs lines. There, a frenzied assault springs suddenly out of nowhere in a dusty town, as insurgents ambush a convoy from a well-equipped military, hoping to blend back into the civilian population before the occupying superpower’s quick reaction force comes to the rescue. Saving the child was a plot moment that revealed Jyn’s bravery and fundamental goodness, but it stung me the first time I saw it. The crying child caught in the crossfire was a moment a bit too real for me based on some of my experiences. The scene evokes images from Afghanistan and Iraq and poses uncomfortable questions about who’s in the right here: the superpower defending its convoy? The insurgents who strike, but are seemingly indifferent to the suffering of civilians caught in the crossfire? Now, I don’t believe the United States is like the evil Empire of Star Wars who set out to strip-mine Jedha completely of its resources and then intentionally kill every living being in the town. Still, the battle scene poses morally ambiguous questions that are not new to many veterans.

Yet, the love and bond each of the characters has with the other, the kind you can only get by going through hell together, comes through clearly. In the end, it is for each other, and not some lofty galactic strategy, that they endure and sacrifice.

James Seddon retired from the Navy as a Surface Warfare Officer after 21 years in active and reserve billets with multiple deployments afloat and ashore throughout Asia and the Middle East. He works in IT at a university and is seeking representation for his memoir covering his deployment to Afghanistan and return home.