How muscle cars, sideburns and John Travolta helped save the military after Vietnam 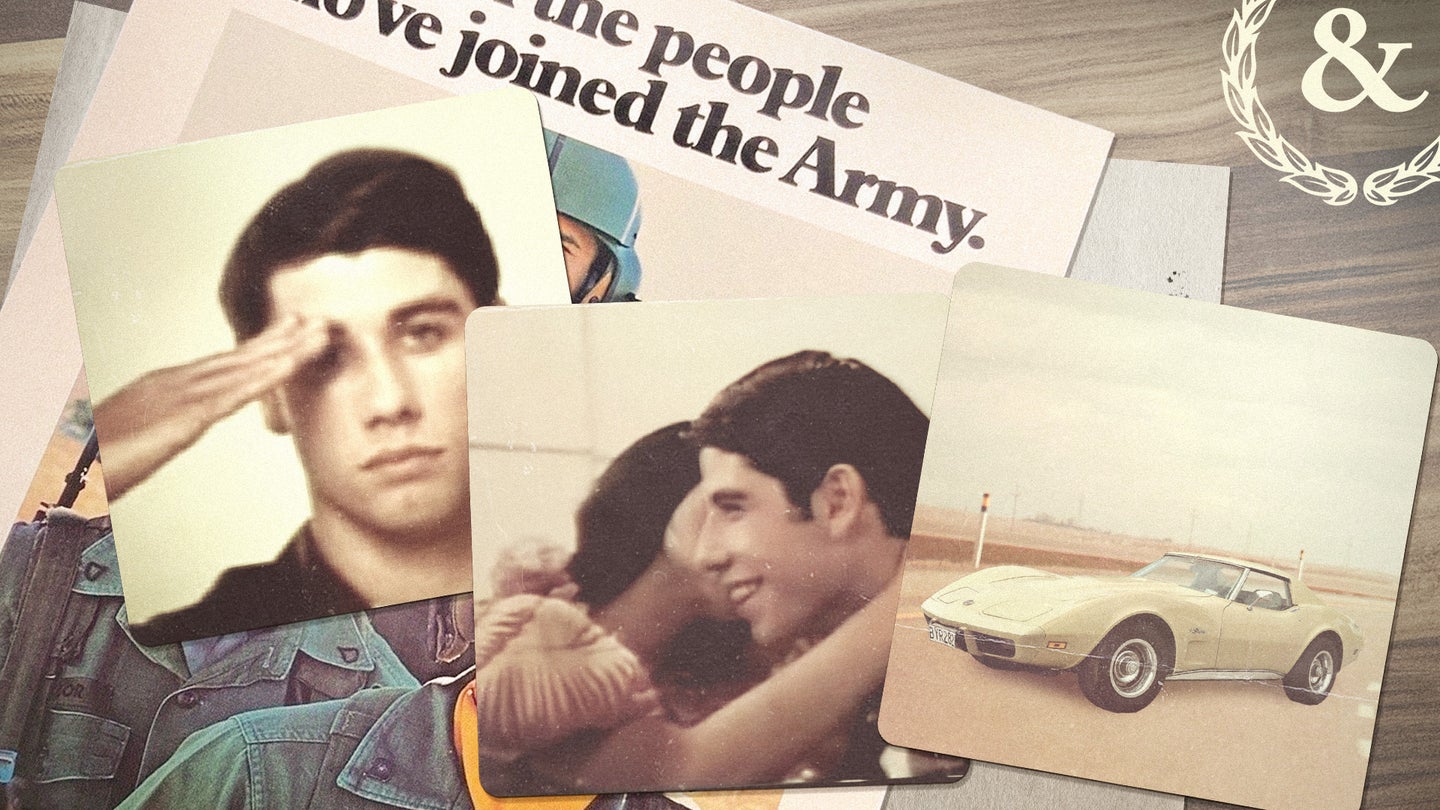 All the cash you’d need to buy a fast car. Plenty of time off. No need to trim too much off that stylish 70s hairdo. That new recruit who looks a lot like John Travolta seems to like it, so why not enlist today? That was the military’s recruiting pitch 50 years ago when the end of the Vietnam War and the end of the draft left the military brass wondering how it was going to entice new recruits to fill out the ranks.

Fast forward to today, and military recruiters are once again facing an uphill battle. Recruiting numbers are down 23% this year, with the Army leading the way. It’s not just the Army, though. Earlier this year, the head of Air Force recruiting was sounding the alarm and writing, “Houston, we have a problem,” when it comes to finding qualified airmen.

So, enlistment – and reenlistment – bonuses are going up, and the best recruiters are having their tours involuntarily extended. Some of the reasons for the drop in enlistment and commissioning rates may be cultural. For today’s youngest crop of potential recruits, Generation Z, the military’s ongoing struggle to handle sexual harassment, assault, and suicide in the ranks may be discouraging some from enlisting.

“I do think there is information out there that Generation Z sees and they’re like, ‘Why would I want to be a part of that?’” Army Secretary Christine Wormuth told Task & Purpose in May.

Convincing people to enlist has always been a challenge, though, and 50 years ago the military was facing another potential crisis.

The end of the Vietnam War was a nadir for the armed forces, with formations plagued by low morale, racial strife, and drug use. With the draft winding down – it would be fully discontinued in 1973 – it was becoming a more professional and all-volunteer force. Those volunteers were going to need to come from somewhere, and they were going to need some convincing.

So, if you think that the military is going soft these days by inviting social media influencers to meet with Army leaders, or starting an e-sports team to play video games all day, perhaps it is time to take a trip back to the early 1970s and some of the military’s first modern recruiting efforts, with their promises of sideburns, beach volleyball, and fast cars.

Take this gem from 1973. Is that a young, pre-Saturday Night Fever John Travolta? Yes, yes it is. Is that hair looking a little shaggy? You bet. The ad starts with the enticing promise of $288 a month that you won’t even need to spend on housing. You get 30 days of “paid vacation,” otherwise known as leave, that you can presumably spend with that beautiful woman draping a lei over your neck. Best of all? You can spend that $288 on a bitchin’ ride.

“What are you going to do with that $288 every month?” asks the announcer, practically daring Pvt. Travolta to buy that Camaro at a 20% interest rate.

And if you think this approach was unique to the Army, just check out this 1970s ad for the Marine Corps Reserve.

The voiceover talks about storming beaches and driving tanks, but on screen, it is all fun in the sun. After the six-month training period, your life will involve driving a gold Corvette to the beach with a beautiful woman. That’s it. That’s the pitch.

This more laid-back approach to recruiting began in 1971, with the “Today’s Army Wants to Join You” campaign, developed by Philadelphia advertising firm N.W. Ayer.

With the end of the draft and the shift to an all-volunteer force rapidly approaching, the Ayer firm was given an $18.5 million dollar budget, more than six times what the Army had spent the previous year. The recruiting campaign’s message was clear: The Army is not going to be a hassle.

“We’ve got a lot more freedom now. We’re not as restricted like usually we’re off at 5 o’clock and we can go anywhere we want to,” says one Private in a recording for the campaign. “It’s changed, the old Army to the new Army.”

In a 1971 article in Soldier magazine, Spc. Mike Speegle, an unofficial spokesman for the new, relaxed Army was described talking to students at a West Virginia high school about his barracks.

“It was pretty nice, and as long as it was neat they didn’t care what you had in it. I had black light posters, peace signs, a little styrofoam beer cooler in the corner,” said Speegle.

The tag lines for the “Today’s Army Wants to Join You” campaign included phrases such as “We care more about what you think, than how you cut your hair” and “When was the last time you got promoted?” It also promised that you could “Take the Army’s 16 month tour of Europe.”

Within a couple of years, the slogan was refined to “Join the People Who’ve Joined the Army.”

That ad, from 1979, had a little more emphasis on doing, you know, Army stuff. But there is still the enticing allure of beach volleyball and pizza parties, all of which seem to suggest to doubters that maybe the military isn’t half bad.

So, from the long hair and fast cars of the 1970s to the rapping non-commissioned officers of today, if there is one constant it is that the military will go to some truly strange places to find recruits. And when in doubt, it won’t hurt to throw money at folks along with the promise that it won’t suck as much as they think it will.