“Every soldier is a brand ambassador." 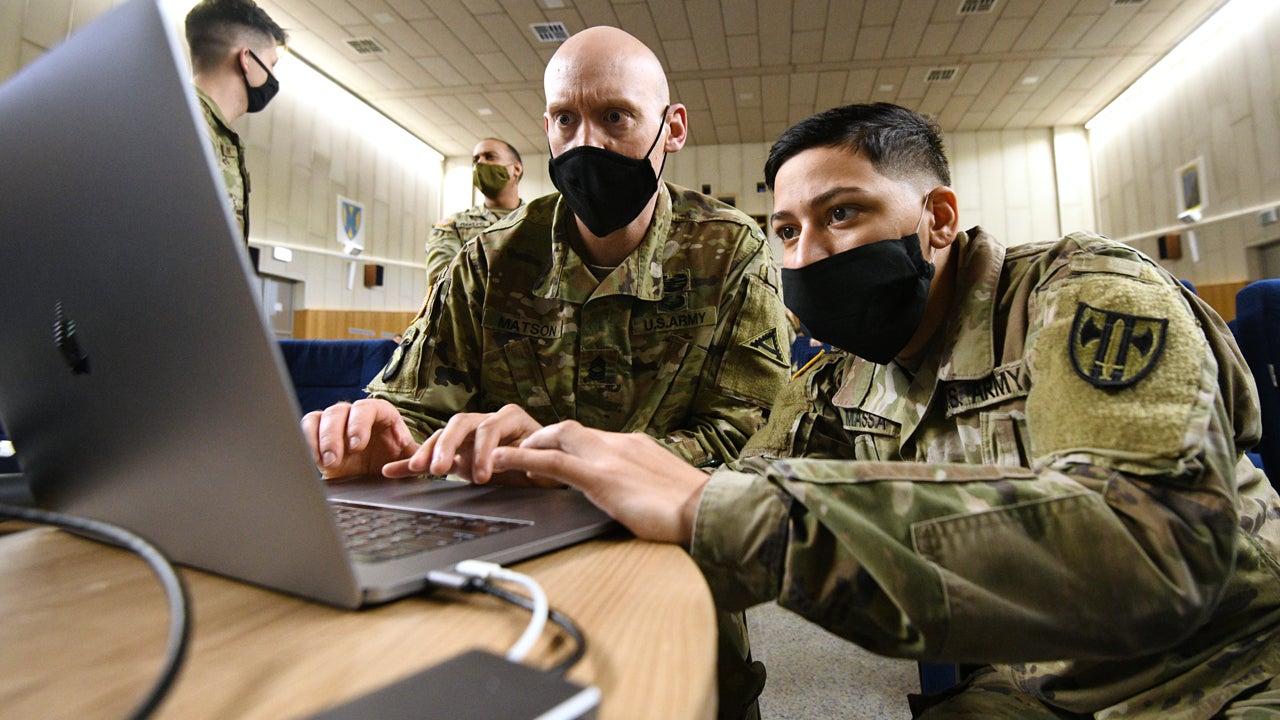 While the Army is still far off from having an official TikTok page, the service is slowly but surely warming up to social media. So much so, in fact, that it’s inviting “influencers” to Washington, D.C., to learn how they do what they do.

For an event coinciding with the Army’s 247th birthday next week, the service has invited 13 social media influencers to Washington, over the weekend. While they’re in the capital, they’ll take a tour of the National Museum of the U.S. Army and attend the Army Birthday Festival, as well as sit down and chat with Sgt. Maj. of the Army Michael Grinston and Command Sgt. Maj. Daniel Hendrex, the top enlisted leader for Training and Doctrine Command.

Master Sgt. Faiza Evans, the project lead for the visit who hand-picked each of the influencers, said part of the motivation behind the trip was to learn from influential soldiers. While the Army is on social media, the official accounts often don’t reach nearly the number of people that, say, a viral TikTok might.

TikTok specifically was seen as a national security threat just three short years ago. In 2019, the Army began instructing soldiers not to use TikTok on government-owned phones, and in December identified it as a cyber threat because of its ties to the Chinese government. Since then, more and more soldiers have started using TikTok to show the ins and outs of Army life. And it’s become a hugely popular platform among young people — the very people that the service is trying to recruit.

In 2021, 63% of Americans between 12 and 17 years old used TikTok on a weekly basis, compared to 57% of the same demographic using Instagram, CNBC reported.

But that doesn’t mean the Pentagon has gotten on board. Evans said TikTok still isn’t an approved platform and still isn’t allowed on government phones. When she was searching for influencers, in fact, she said she couldn’t even get on TikTok while at work to find them. But at least one person invited by the Army is popular on the app — @infantryguru, a sergeant major with over 600,000 followers.

His videos range from serious to humorous, including, advice on leadership and positive thinking.

In a video he posted this week, @infantryguru said he was invited to talk about “Army branding and social media.” He clarified in the comment section that the “majority” of people invited are “E7 [sergeant first class] and below and a few officers.”

Evans said that while she didn’t know @infantryguru was on TikTok when she found him on Instagram originally, she hopes that eventually, the military can find a secure way to engage on the platform. There’s “a lot of conversation on TikTok,” she said, “and we’re not part of that conversation.”

“I think any time we’re not able to communicate in a space where there’s a conversation had, especially around the Army and our soldiers are communicating in those spaces, I think it’s a missed opportunity if we’re not involved in that conversation as well,” she said.

With the influencers converging on D.C., Evans said the Army hopes to get real-time feedback on specific initiatives. Grinston said he wanted to hear from them about concerns they may have, and Hendrex wants to solicit feedback on ideas coming out of TRADOC. In a statement to Task & Purpose, Grinston called the visit a “good opportunity” to meet the soldiers “out there telling the Army story,” and that he wants to ensure they “know we support what they do.”

But ultimately Evans said the Army wants to learn how to better communicate with its audience — especially with Generation Z, who is the Army’s prime recruiting target, and who is very online. Gen Z is more social media-savvy than previous generations and, like every generation, has different priorities and concerns than those that came before them. The military can’t reach them in the same way they reached Millennials during the Global War on Terror, for example, and the Army specifically has had to reimagine its marketing strategy to meet them where they are.

And really, what better way to learn how to reach them than by talking to the people who already are?

“If we’re going to be a progressive Army, if we’re going to move forward and learn to communicate in these different spaces, we have to be able to use our influential soldiers,” she said. “Every soldier is a brand ambassador … And we want to learn from our soldiers who are communicating effectively. This is only going to make us better.”