"Houston, we have a problem.” 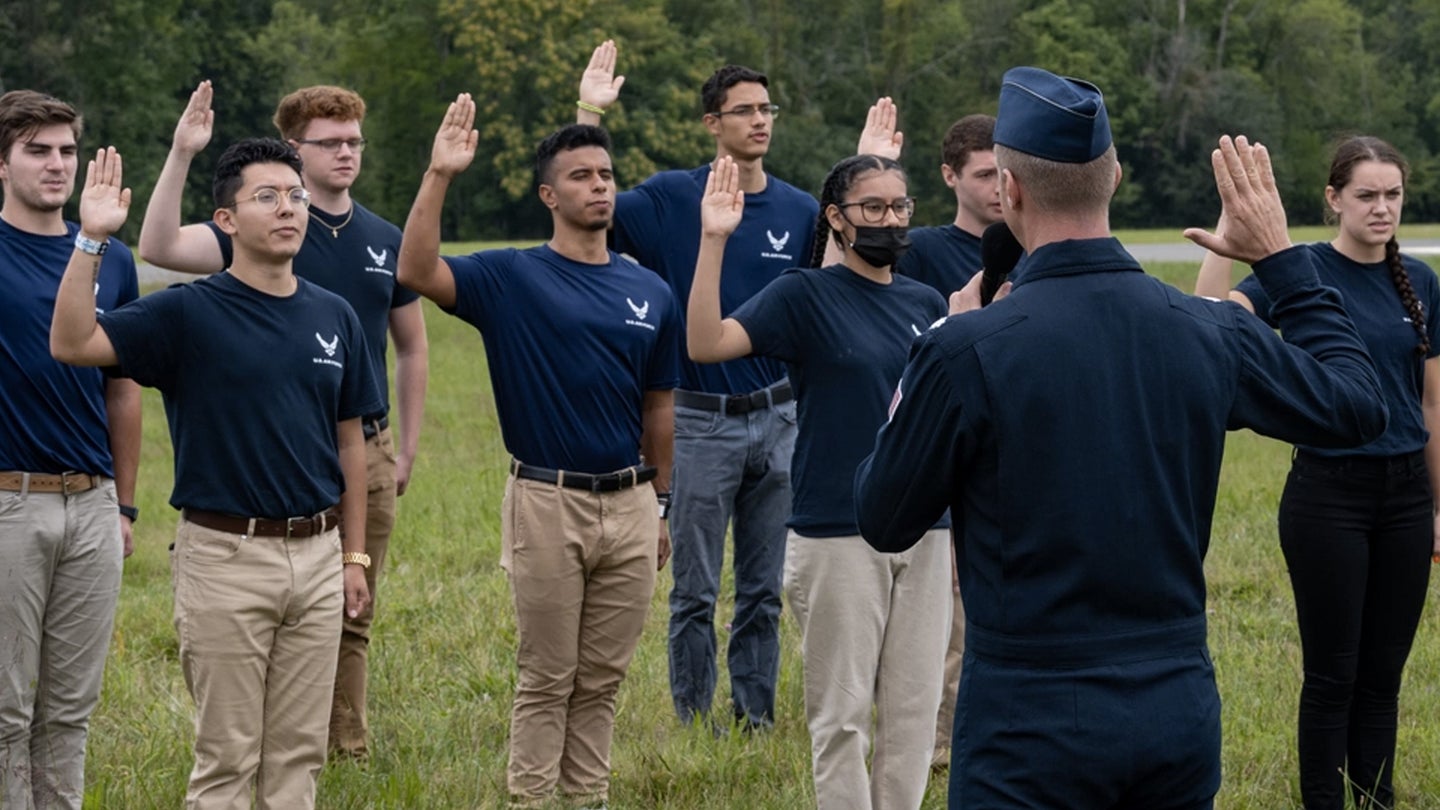 Between the COVID-19 pandemic, a low number of eligible recruits and a low unemployment rate, the Air Force recruiting service will have a tough time hitting its goals for fiscal year 2022, Maj. Gen. Edward Thomas Jr. said in a memo leaked to social media on Monday.

Specifically, the number of people on the Air Force’s ‘Qualified and Waiting’ list, the list of recruits waiting for a spot in a certain career field to open up, “is about half of what it has historically been,” Thomas wrote in the memo, which was posted to the popular Facebook page Air Force amn/nco/snco. The “lead conversion,” the rate at which interested possible recruits actually sign the dotted line, is also down, Thomas said.

In fact, the Air Force is in such a pickle that Thomas compared the situation to Apollo 13, the 1970 NASA mission where three astronauts nearly died on their way to the moon after an oxygen tank in their ship failed.

“‘Houston, we have a problem,’” Thomas wrote. “Not unlike Apollo 13, we have some mission challenges across Air Force recruiting, [regular Air Force], Guard and Reserve, that we didn’t see coming.”

Overcoming those issues “will require large measures of teamwork, innovation and hard work,” he added.

What are the specific challenges? Thomas said that “we have warning lights flashing” two years into a pandemic, since recruiters have not had as much face time as usual due to social distancing and distance learning. In fact, “time in schools is at an all-time low,” the general wrote.

Besides the COVID-19 problem, the rest of American society also does not seem to be encouraging people to join up. In September, Thomas told reporters at the Air, Space & Cyber Conference that propensity to serve, the percentage of young Americans interested in joining the military, is lower than usual. Typically, it ranges between 10% and 15%, but these days it’s between 10% and 13%.

“The 2% drop, that’s over two million American kids out there that we look to recruit,” Thomas said. “And the reason is, America’s youth are becoming ever-disconnected from the military.”

In particular, the Air Force has seen the biggest drop in interest to serve among Black and Hispanic males and women in general, Thomas said in September. A wave of recent reports sheds light on a potential reason for that drop. For example, in September a report showed that one-third of female airmen have been sexually harassed. In December 2020, a separate report revealed that Black enlisted airmen and guardians are 74 percent more likely than their White peers to receive an Article 15.

“There are a lot of reasons for why, but these are areas we have to get after,” Thomas said. “We’ve got to play the long game, we’ve got to inspire the next generation of airmen and guardians and frankly the generation after that.”

The U.S. economy is also doing well by most metrics, which usually makes it more difficult for the military to compete with the private sector for young talent. To make matters more complicated, retired military leaders warned that 71% of young Americans between the ages of 17 and 24 are ineligible for military service “because they are too poorly educated, too overweight, or have a history of crime or substance abuse,” wrote the nonpartisan group Mission: Readiness in a Dec. 17, 2020 letter to then-acting Secretary of Defense Christopher Miller.

Amid all those challenges, the Air Force will need to find 45,000 men and women to enlist or commission. But it’s not necessarily all doom-and-gloom. For example, in October, the active-duty Air Force, Air Force reserve and Air National Guard all achieved their recruiting and end-strength goals for fiscal year 2021, the first time that had happened in five years. Also, while recruiter presence has diminished in schools, more airmen are joining the service in their late 30s, Air Force Times reported last week.

Still, the Air Force recruiting service may need all the help it can get to perform its “mission essential function,” Thomas wrote in his memo.

“The Air and Space Forces depend on us to ensure the lifeblood of readiness continues through the training pipeline,” he said. “Without you, America will not be ready for the national security challenges we face. We’ll do this together and we’ll do it well, REALLY well.”