Protecting GPS is the Space Force’s most important job, according to their new commercial 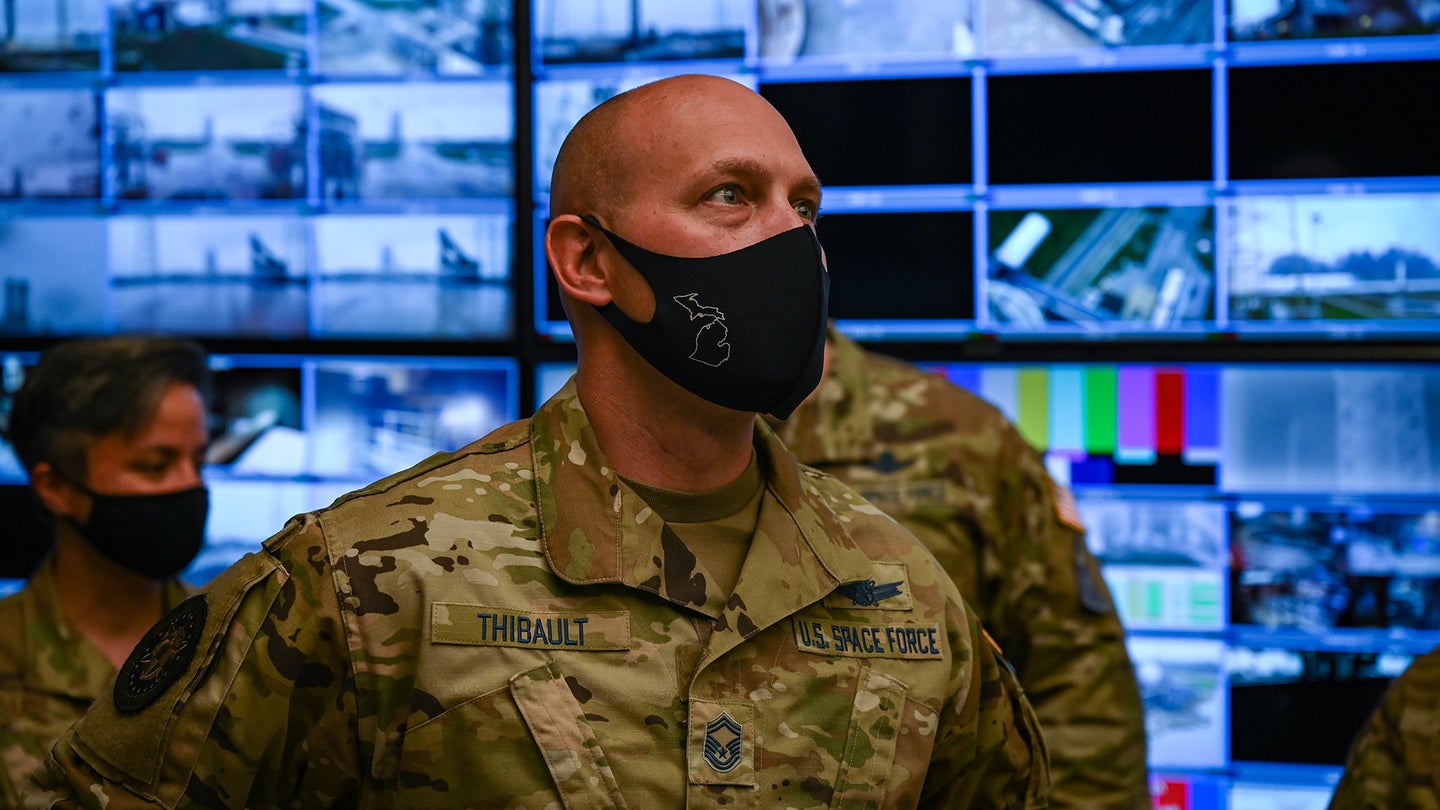 Why is the Space Force mission so important? Well, in a nutshell, because it protects the GPS that lets your phone tell you that you missed your exit on the way to that new fish taco joint. At least, that was the go-to response given by two guardians in a new recruiting commercial for the service that aired on Tuesday.

“I think it’s important because we use it in everyday life, for example the GPS that we use every day,” said Space Force intelligence officer Capt. Pierre Jones in the new commercial, where he and another guardian were asked why the Space Force mission is so important.

Pinto’s right: the 24 satellites which make up the Global Positioning System are responsible for everything from finding your way to the restaurant to keeping your power running to making sure the ATM works when you need more cash to pay for all those fish tacos. Oh, GPS also probably helped the fishermen who harvested those fish bring their haul back to port; and it also might have helped the farmer who grew the corn that the tortillas were made out of figure out where to plant her crops.

While it’s hard to estimate the exact cost of a GPS disruption in terms of dollars and cents, it has been widely reported that a glitch of just a few millionths or hundred-thousandths of a second can throw off bank payments, stock markets, telecommunications networks, electrical power grids and countless other essential aspects of our daily lives.

So yeah, as silly as it sounds, there is a lot of vested interest in making sure those humble GPS satellites keep humming. But protecting them is hard work. In fact, the interviews with the guardians came towards the end of a new commercial called “Space is Hard,” which the service unveiled during the 36th Space Symposium in Colorado Springs, Colorado. The first part of the commercial featured Chief of Space Operations Gen. John “Jay” Raymond saying why outer space is a lot more challenging these days than it used to be.

“It used to be all we had to worry about was astrophysics, Kepler’s law, gamma rays, solar flares, rocket science, black holes and the theory of relativity,” Raymond said amidst a montage of cool space pictures. That list of issues sounds complicated enough, “but now we also have to track about 30,000 objects orbiting at over 17,500 miles per hour,” Raymond said.

“And our entire way of life depends on us to protect our satellites from attack, day and night,” the general added. “So yeah, space is hard.”

The Space Force is 20 months old and has about 4,840 uniformed members, making it the newest and by far the smallest branch of the military (the next smallest is the Coast Guard, with about 48,000 active duty and reserve members). The branch hopes to grow to 20,000 members in the next couple years, but to do that it may need to overcome a public relations gap.

“One of the biggest things we have to overcome is that there’s a Netflix series making fun of the Space Force,” Mandy Smithberger, director of the Center for Defense Information at the Project On Government Oversight told Defense News in January. “If the public has been thinking about it all, the reputation of the Space Force — in public imagination — is one of incompetence.”

“The way the Space Force was presented to the general public has not been healthy,” Todd Harrison, the director of the Defense Budget Analysis program and Aerospace Security Project at the Center for International and Strategic Studies, also told Defense News. “It has not helped educate people about what the military does in space. It has caused more people to become confused about what the Space Force does versus what NASA does.”

The Space Force is working on it. Just four days ago, the service launched its own recruiting Twitter and YouTube accounts (previously it had been part of the joint U.S. Air Force and Space Force social media accounts). Earlier this month, the first group of future Space Force recruiters attended a five-day training course at Vandenberg Space Force Base, California. The service recruited nearly 400 enlisted guardians and 250 officers so far in fiscal year 2021, but it hopes to get another 500 in this coming year. That’s what commercials like “Space is Hard” are for.

“This ad spotlights the critical mission our guardians carry out every day in defense of this nation, and how space is critical to everything we do in daily life and modern war,” Raymond said in a press release. “We need talented, high-caliber recruits to help us tackle not only the physical problems we face in the space domain, but also the threats posed by our potential adversaries.”

At the end of “Space is Hard,” the slogan “Guardians Wanted” flashed across the screen before a separate segment began. The second segment, which was also posted to the U.S. Air Force and Space Force Recruiting Facebook page, features face-to-face interviews with Jones, Pinto and a few other guardians.

The purpose of the ad seems to be to humanize guardians, in part by asking what their favorite random space fact is. Jones said it was that the moon has no wind. Pinto said it was the fact that the International Space Station travels at 16,000 miles per hour and laps the Earth about every 92 minutes, and Spec. 3 Jake Robertson said it was that satellites will fall out of space if they are traveling less than 17,500 miles per hour. (For those who may be wondering what a “Spec 3” is, that’s a Specialist 3 — part of the Space Force’s new rank structure.)

It’s tricky to explain what the Space Force does in a 30-second long TV spot to try to convince a high school or college student that they should join up. By comparison, other branches have it easy: They can show a Marine storming a beach or an Army helicopter splitting the sky open. But the Space Force has to explain why an unseen satellite floating a thousand miles over your head is essential to your way of life. Making things more difficult, the Space Force likely won’t be sending guardians into space in the immediate future, so it can’t make the sauntering Space Cowboy pitch quite yet.

In past commercials, the Space Force tapped into the sense of wonder many of us feel when we look up at the night sky; or the promise of creating a science-fiction future as it unfolds. The “Space is Hard” ad and the interviews following it seem to bring those big-sky ideas back to Earth in the form of actual people like Raymond, Pinto and Jones.

“It gives you an opportunity to push yourself, to challenge yourself,” Pinto said, about joining the Space Force. The benefits are out-of-this-world, because members can “become a part of something that has an impact outside of Earth’s atmosphere,” she added.