The Space Force will not be used to fight off an alien invasion, but it may end up fighting a space-suited version of Jack Sparrow. 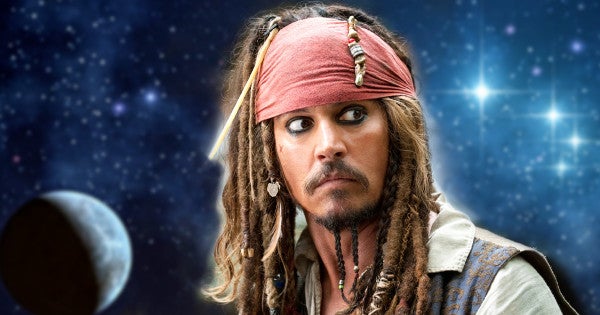 The Space Force will not be used to fight off an alien invasion, but it may end up fighting a space-suited version of Jack Sparrow.

According to Sen. Ted Cruz (R-Texas), the United States absolutely needs a space force because, much like back in the olden days of tall ships on the high seas, there may be pirates roving the galaxy looking for interstellar booty to pillage.

“Since the Ancient Greeks first put to sea, nations have recognized the necessity of naval forces and maintaining a superior capability to protect waterborne travel and commerce from bad actors,” Cruz said earlier this week in a congressional hearing.

“Pirates threaten the open seas, and the same is possible in space. In this same way, I believe we too must now recognize the necessity of a space force. To defend the nation, and to protect commerce and civil space exploration.”

Ted Cruz argues that Space Force is necessary because… wait for it… space pirates. Leave it to Cruz to take a dumb Trump idea and make it sound even dumber. pic.twitter.com/xjjItA3EV3

As expected by everyone not named Ted Cruz, the warning about “space pirates” blew up on social media, which resulted in plenty of jokes. Cruz then criticized Twitter for highlighting all those making fun of the space pirate idea as “snarky leftists” instead of people who actually have a sense of humor that are not named Ted Cruz.

Cruz later tried to clarify that the Chinese were developing and testing weapons to destroy satellites, which doesn't sound very pirate-like, matey.

But hey, maybe Cruz has a point! Perhaps he can try getting the intelligence on Somali pirates' efforts to launch their skiffs into the stratosphere declassified for the public. Or maybe we all just need to watch The Goonies again so we can see what Ted Cruz is talking about.