A list of resources you can use to help the more than 70,000 Afghan interpreters and refugees trying to escape the Taliban 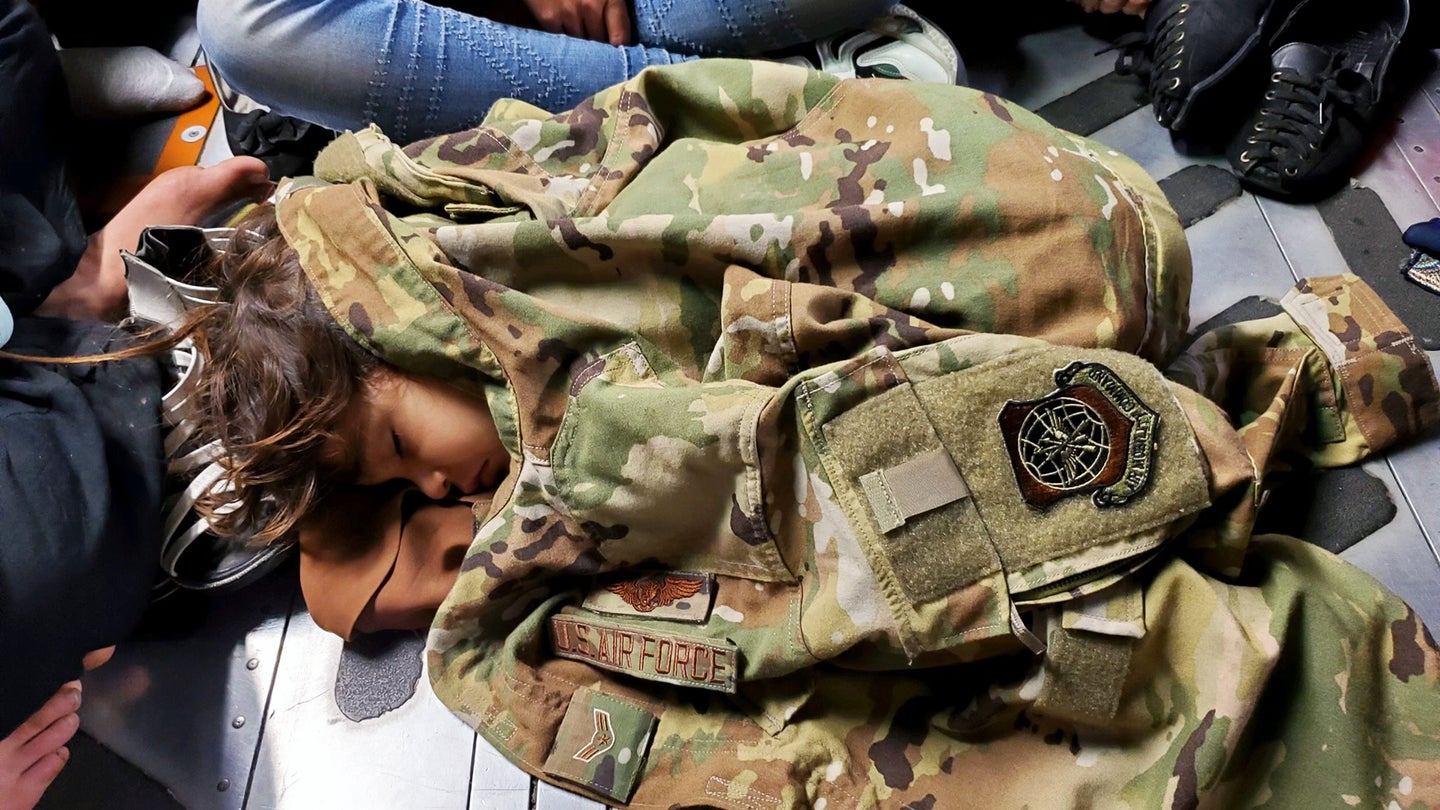 An Afghan child sleeps on the cargo floor of a U.S. Air Force C-17 Globemaster III, kept warm by the uniform of the C-17 loadmaster, during an evacuation flight from Kabul, Afghanistan, Aug. 15, 2021. (U.S. Air Force Photo).
SHARE

The collapse of Afghanistan has reached a fever pitch in recent days. Social media feeds and cable news broadcasts are awash with heart-wrenching scenes of Afghans scrambling to leave the country as the Taliban tightens its grip. And the situation is increasingly desperate for interpreters and other Special Immigrant Visa (SIV) holders and applicants such as contractors, commandos, and others — the Afghans who risked their lives alongside NATO troops. If you’re interested in trying to help them, we’re here to explain how.

The State Department, which is in charge of the SIV program, has allocated 34,500 SIVs for “Afghan principal applicants” since December 19, 2014. This runs in contrast to the at least 70,000 Afghans who need to be evacuated according to Matt Zeller, a U.S. Army Reserve captain and former CIA officer who has been spearheading efforts to evacuate people from Afghanistan. Just navigating the 14 steps needed to apply for the SIV program is a challenge, and then comes an estimated three-and-a-half-year wait for approval.

In June, Secretary of State Anthony Blinken announced the department had hired 50 more people to help process SIV applications, estimating they could now do 1,000 a month. Efforts have been taken in recent days to expedite the process but any new applications will still be buried underneath a massive backlog. According to multiple reports, the situation is essentially hopeless now for people outside of Kabul and growing increasingly worse even inside the city. Several outlets have reported that the Taliban are beginning to beat those waiting outside the airport and one interpreter was even shot. Reaching Kabul from anywhere else in the country is unlikely right now.

Task & Purpose has received a deluge of inquiries on how people can help, or where they can turn to receive help. Fortunately, there are several organizations and elected officials who are stepping up to ensure as many Afghans as possible are evacuated.

Here are the groups and individuals we are familiar with:

No One Left Behind

The focus of this nonprofit organization is two-fold: They seek to revamp the State Department’s 14-step process for SIVs and to also ease the transition for those who have been resettled in the U.S. The group was founded by Janis Shenwari who served as a translator for the Army and Marine Corps for over eight years. Right now, they are focusing efforts on helping Afghans in the process of getting an SIV, if they have a case number. The group has resources to help people navigate the process as well as recommendations for other groups that can assist. Service members who wish to help their interpreters will also find information on the website to guide them. They are accepting donations, and report that $0.76 of every dollar goes directly to the SIV families. They can also be reached at info@nooneleft.org.

This organization provides resettlement assistance to “endangered wartime allies who served U.S. interests in conflict and war zones.” They also have information on how Afghans based in the United States can file for what the government calls “Humanitarian Parole” for their family members still in Afghanistan. Individuals and groups can donate money or time, and their audited financials are available on their website.

EOA is a coalition of groups working together to evacuate and resettle Afghan allies who are in the Special Immigrant Visa process and other vulnerable Afghans. The international human rights organization provides information and resources on how to contact your representatives to urge them to take action. They report that one issue they are having is housing Afghan refugees that have made it to the United States, so if you would like to volunteer in any way to include housing families, you can fill out this form or send an email to list@evacuateourallies.org  and somebody will contact you.

IRAP has been providing resources and assistance to refugees since 2008 and has ramped up efforts to help Afghans amid the current situation. They provide legal assistance to refugees to help them navigate through the process of relocating, whether it be via SIV or other means. Their website is filled with resources for SIV applicants, other refugees, and those wishing to help them and their families.

There are several other non-profit organizations working in this space right now, but these are the ones that we are familiar with and have had contact with since we began covering. In addition to these organizations, there are some representatives who have set up portals and forms to assist refugees and people looking for them.

Rep. Seth Moulton (D-Mass.) is a Marine Corps veteran who has been advocating for Afghans for months now and has set up a form where individuals can request information on a refugee or provide information on how best they can assist them.

Rep. Andy Kim (D-N.J.) also has a form individuals can fill out to help the State Department connect with individuals on the ground in Afghanistan who require assistance.

The U.S. Embassy in Kabul, which has since been evacuated, has a form that American citizens can fill out if they are still in Afghanistan and require assistance returning to the United States.

Additionally, this crowdsourced Google Doc provides far more resources and avenues for people to show their support in responding to a humanitarian crisis. It includes petitions and social media callouts for people to share their views on helping Afghan refugees, other ways people can help friends and family members in Afghanistan, and provides ways for people to help refugees as they resettle in a foreign land.

If you know Afghans who need to be evacuated, send an email to ACTF@state.gov that includes a copy of the passport page with photo image of the Afghans along with any other forms of identification; such as a Taskera (Afghan identity card); a brief explanation of why these people are at risk; and your email along with the emails and mobile phone numbers for the Afghans in Kabul who need to get out.

The situation is incredibly fluid right now, and because of that, we encourage you to include any other legitimate, proven organizations in the comments which may be of help. We will keep this article updated with information as the humanitarian crisis unfolds.