We love DTS, said no service member in recorded history. 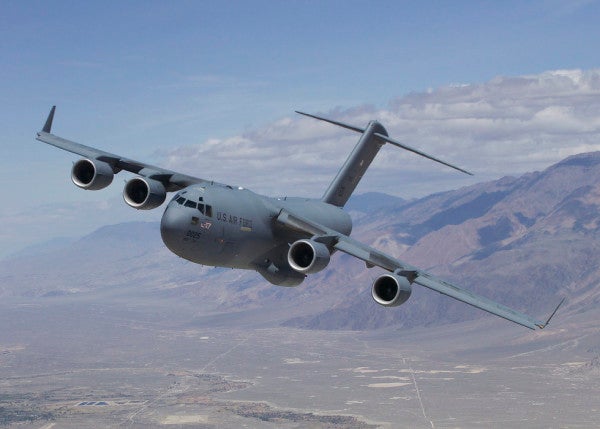 The hullabaloo about an Air Force C-17 crew spending the night at one of President Donald Trump's resort in Scotland is just another reminder of why the Defense Travel System is the one piece of technology that the Pentagon wouldn't mind if the Chinese stole.

The Air Force has launched a review of how it selects which hotels airmen can book, after news broke that seven airmen stayed overnight at Trump's Turnberry resort in March during a stopover while the crew's C-17 refueled roughly 54 miles away at Glasgow's Prestwick Airport.

After Politico reported on Sept. 7 that lawmakers were investigating why the C-17 crew paid to stay at a luxury resort owned by the president, the Pentagon's top spokesman stressed to reporters on Monday that the Air Force's review into the matter has not found any infractions to guidelines for how the service selects which airports and hotels airmen can use for stopovers.

“In this case, they made reservations through the Defense Travel System and used the closest available and least expensive accommodations to the aircrew within the crew's allowable hotel rate,” Jonathan Hoffman said at a Pentagon media availability.

“I'd like to point out that the cost of this hotel on the stopover mentioned was $136 a night, which is well within the $166 per night per diem rate and was significantly cheaper than the nearby Marriott property, which was $161 a night.”

Since 2015, Air Mobility Command has increasingly used Prestwick Airport as a layover for flights headed to or returning from downrange because it is open 24 hours a day, the weather is better than at Edinburgh's Shannon Airport, and there is less aircraft parking congestion than in airports on continental Europe, Hoffman said.

The reason the C-17 crew stayed in Scotland overnight in March is they were required to rest after reaching the end of their duty day, said chief Air Force spokesman Brig. Gen. Ed Thomas.

“Because we don't want our airmen flying fatigued, you can have a 12-hour crew day but then you've got to have 12 hours of rest before you get behind the controls of the airplane,” Thomas told reporters on Monday. “It can be waived during wartime or during periods of extremis, but it is a flight safety issue.”

Thomas also called the costs of transporting the crew to the Trump resort as opposed to a hotel closer to the airport “negligible” because the Air Force has to pay for a bus or van to take airmen to their lodgings.

For his part, Trump vehemently denied influencing the C-17 crew's decision to stay at one of the Turnberry resort in March.

“I know nothing about an Air Force plane landing at an airport (which I do not own and have nothing to do with) near Turnberry Resort (which I do own) in Scotland, and filling up with fuel, with the crew staying overnight at Turnberry (they have good taste!),” the president tweeted on Monday. “NOTHING TO DO WITH ME.”