"I didn't realize how big of fans they were. I'm a fan of them." 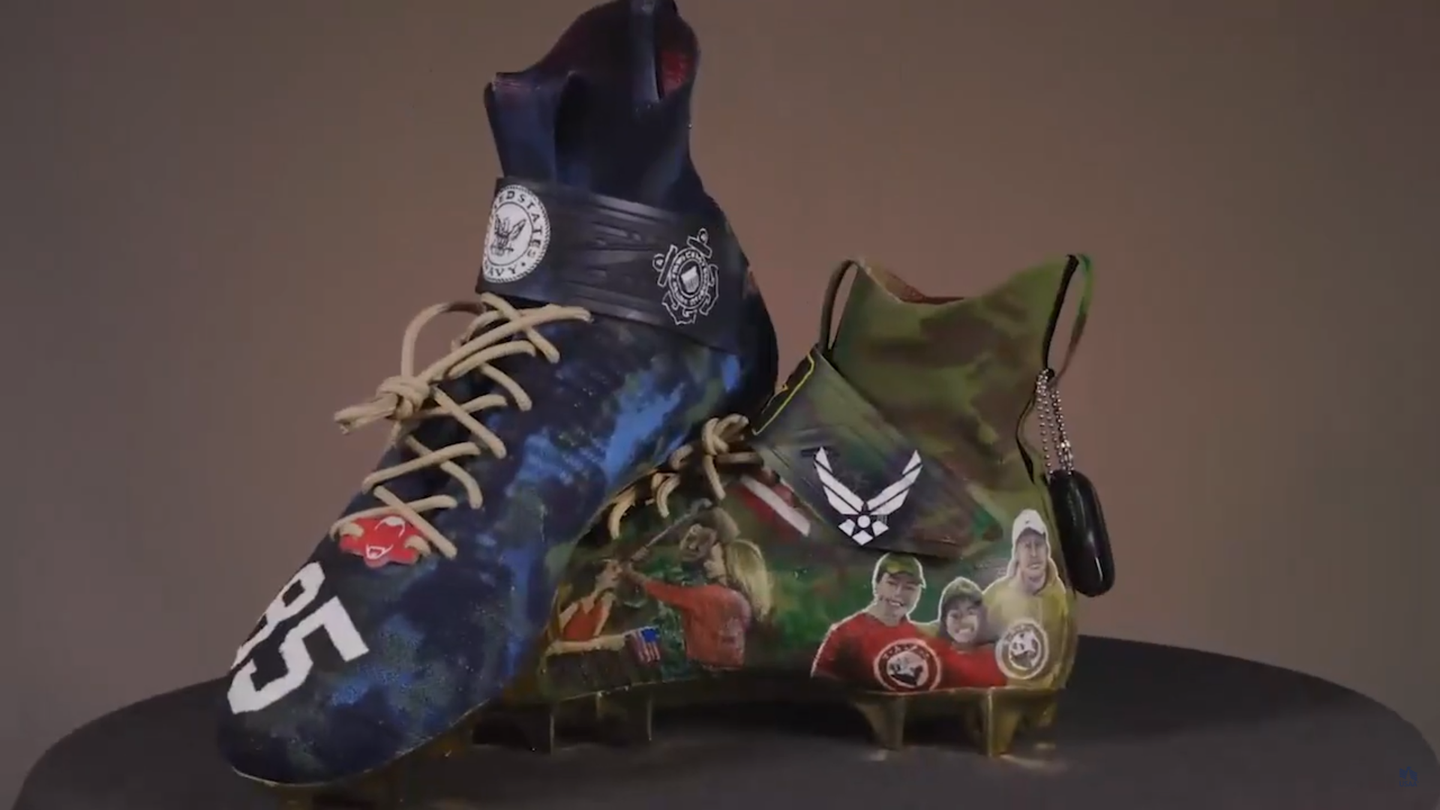 George Kittle, a tight end for the San Francisco 49ers, recently showed off a new pair of kicks designed to honor military families and fallen service members as part of the NFL’s My Cause My Cleats campaign.

As James Barber writes for Military.com, in recent years the NFL has eased up on regulations governing players’ uniforms when it comes to campaigns like My Cause My Cleats. This year Kittle, along with the Buffalo Bills’ Andre Roberts, and the Tampa Bay Buccaneers’ Ryan Jensen, chose to spotlight the work of the Tragedy Assistance Program for Survivors (TAPS), which provides resources and support to the families of the fallen.

Related: Gary Sinese gives back to the military

Kittle’s cleats were designed by artist Marcus Rivero, and feature the family of U.S. Army Sgt. Martin “Mick” LaMar, who was killed in 2011.

A prior service Marine, LaMar served during the Gulf War, before getting out of the military and working as an electrician until he re-enlisted in 2007, this time in the Army, according to Stars and Stripes. While on his second deployment to Mosul, Iraq, LaMar was killed the day he was supposed to be heading home. It was also his wedding anniversary.

Kittle met with LaMar’s family through a TAPS event, and earlier this year helped draw national attention to LaMar’s service when he invited his family to the Super Bowl.

“I didn’t realize how big of fans they were,” Kittle said in a video by USAA showcasing the campaign. “I’m a fan of them.”

Additionally, the cleats feature each military branch, as well as the TAPS logo on one toe, and the Kittle’s jersey number, 85, on the other. The cleats also pay homage to Kittle’s uncle. Pat Coen, who served in the National Guard, and his long-time friend, Rico Hogan, who serves in the Navy, according to Military.com.