Nobody delivers an anti-armor rocket system like Spunky the winged seahorse. 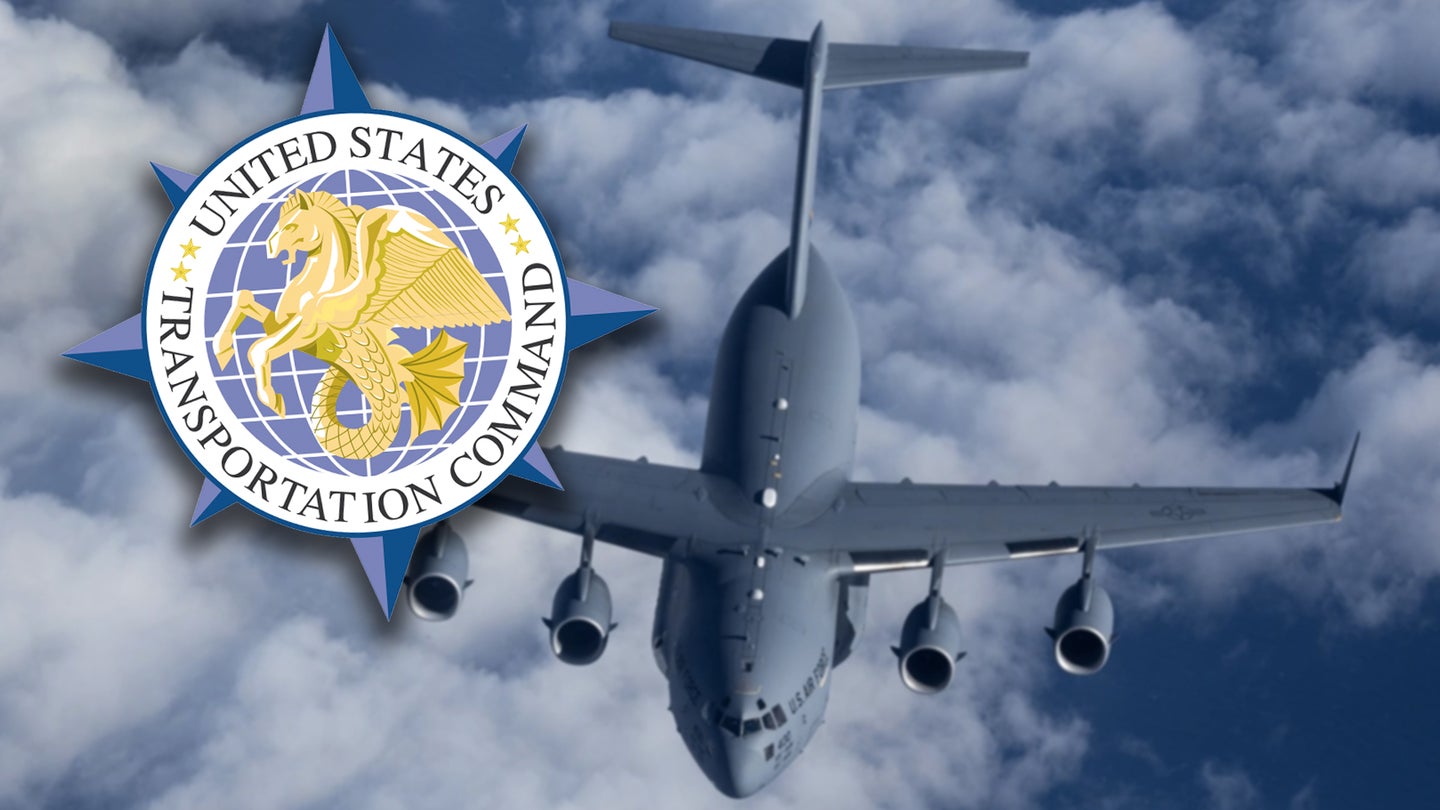 War is a serious business, and so is the art of moving troops, weapons, ammunition, and equipment to where the battles are fought. For the U.S. military, that task falls to U.S. Transportation Command. One of the military’s 11 unified combatant commands, USTRANSCOM oversees a worldwide armada of aircraft, ships, trucks, and trains that are in constant motion ferrying people and equipment to where the U.S. and its allies need them.

USTRANSCOM has a serious job, which is why the command’s mascot may surprise you: it’s a winged seahorse (known in Greek mythology as a hippocampus) named ‘Spunky.’ And as happy-go-lucky as that may sound, the image symbolizes different aspects of the command’s important mission.

Erik Anthony, a public affairs specialist with USTRANSCOM, explained that the winged seahorse derives from Greek mythology, where it represents “endurance, force, freedom, speed, strength, readiness, victory and the sea.” It also conveniently represents the three components of USTRANSCOM: wings for airlift, horse hooves for trains and trucks on land, and a fish tail for sealift. All it needs now is a jetpack for the possibility of USTRANSCOM using rockets to send cargo into space and then back down to Earth at the delivery point.

USTRANSCOM was activated on Oct. 1, 1987, to become the Defense Department’s “single-manager for transportation,” beyond service-unique or theater-assigned assets, according to the command’s website. The command “has proven its worth every day” since then by moving troops and supplies into battle or humanitarian relief operations around the globe.

But back in July 1987, before USTRANSCOM was formally activated, the then-incoming commander, Gen. Duane Cassidy, was charged with adopting an emblem for the nascent organization. There was a command logo competition, and the top two submissions were created by Lt. Col. John Burke and Specialist 1st Class Eldon King, Anthony explained. The two submissions were sent to the Army Institute of Heraldry, which combined them into the single emblem USTRANSCOM still bears today.

That explains where the emblem came from, but what about the name ‘Spunky?’ Unfortunately the story behind how the name was given to USTRANSCOM’s winged seahorse “has been lost to history,” Anthony said, “but the mission ‘Spunky’ was created to represent lives on.”

The flying seahorse has been in particularly high demand lately ever since Russia invaded Ukraine in late February. The command has moved 63.8 million rounds of ammunition for small arms; 666,000 artillery rounds; 68,000 sets of body armor; 47,000 anti-armor systems; 1,400 air defense systems; 1,240 air defense missiles and much more “to allies and partners in Europe,” according to slides provided by USTRANSCOM. Meanwhile, on any given day, the command conducts 1,500 cargo truck shipments; 455 airlift sorties; 47 air refueling sorties; 33 sealift shipments underway; 14 evacuations for airlift patients; and has an aircraft performing a USTRANSCOM mission take off or land every 2.8 minutes, according to a separate slide provided by the command.

In other words, Spunky ain’t no slouch.

“‘Spunky’ has represented the command through 35 years of growth and will remain a symbol as USTRANSCOM continues to enable national defense priorities in a changing operational landscape,” Anthony said.