"You don’t really expect a rap video from the Air Force." 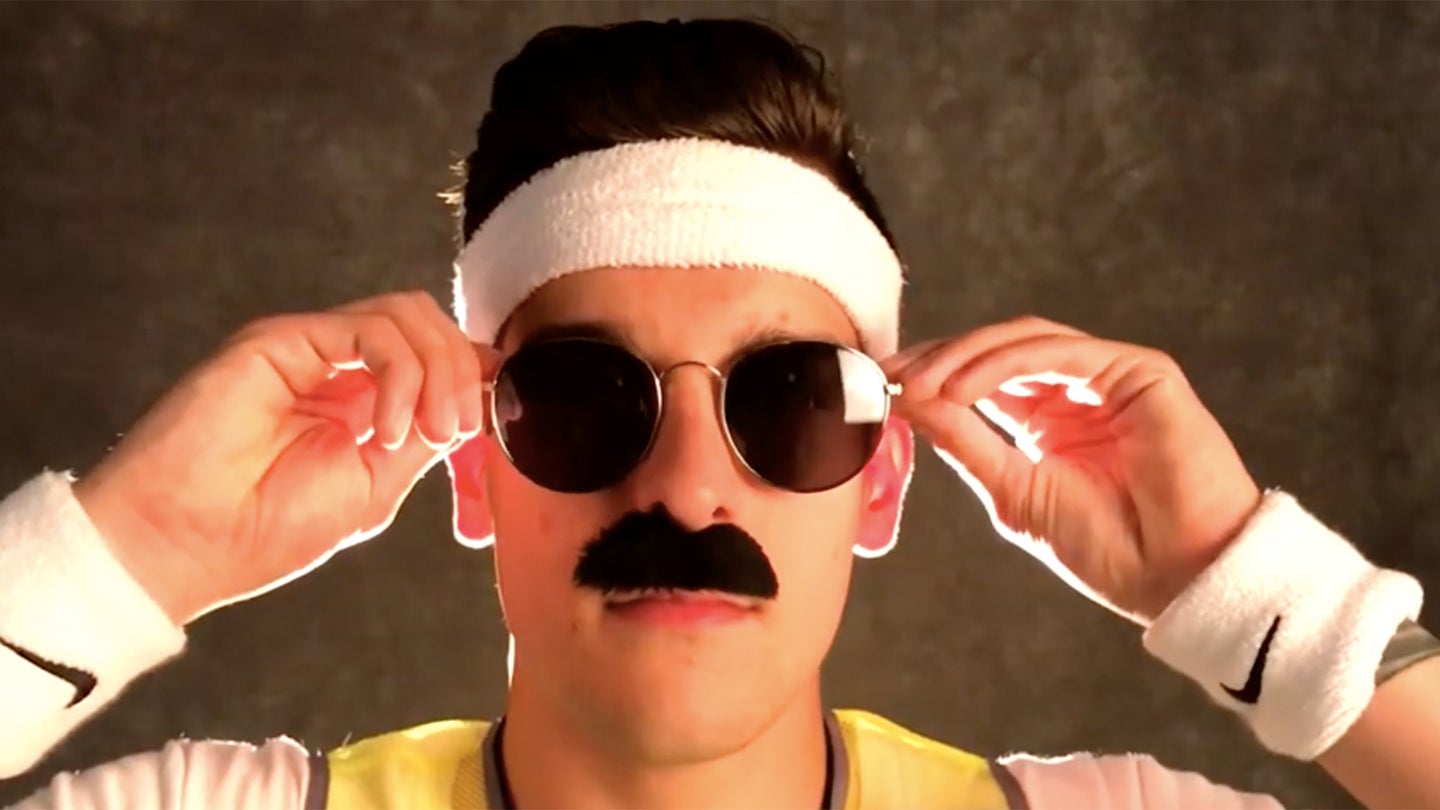 Senior Airman Dillon Audit was nervous. He had been placed in the public affairs career field, which meant that Audit, a lifelong introvert, had to do something he dreaded: talk to strangers.

“It was just nerve-wracking, asking strangers for photos,” he told Task & Purpose. “I was shaking, I had sea legs, I was just not a social person at all, so I didn’t really know how to get people to open up and talk. Every single day was just the longest day ever.”

Fast-forward four years later to 2021 and the 23-year-old Audit is now possibly the funniest videographer in the Air Force, producing masterfully cringey informational videos on everything from pool safety to snowplows for the Minot Air Force Base, North Dakota community. One of Audit’s most popular videos is the Cyber SHAC Shuffle (Self Help Access Center), a parody of the Chicago Bears’ famous Super Bowl Shuffle. In the video, a mild-mannered airman from the computer help desk at Minot raps about how he and his crew will “blow your mind with our technical genius.”

“I’m 100% happy that I was placed into this job, because I’m more social, I’m not as cynical,” Audit said. “It really just helped me to open up. I just love doing it now.”

So how did Audit go from being petrified of public speaking to gleefully filming a rap video about computer compliance? He had help. About two years into his time at Minot, Audit started working with Staff Sgts. Steven Adkins and Michael Kantak, who showed him that he could make videos his own way. Adkins in particular showed Audit a video he made about conserving energy while deployed to Al Udeid Air Base, Qatar. Unlike the dry public service announcements that most public affairs videos are known for, Adkins decided to shoot his in a silly parody of the MTV show Cribs.

“They gave me the green light to have fun with it, so we did this Cribs style with all these crazy camera movements,” Adkins said.

Though Al Udeid is very far from Minot, the video taught Audit an important lesson: that public affairs work isn’t so hard when you can do it your way.

“I was like ‘I want to do something like that, that looks fun to do,’” the airman said. With that, he was off to the races, drawing inspiration from skateboarding video games, pro wrestling, and a lifetime of joking around with his childhood friends and his twin brother Dominic to create videos that entertain as well as inform.

“I’m just trying to break the norm, getting out of these dry informational videos and getting into something a little cringey, maybe a little funny,” Audit said. “I don’t believe that you can’t be funny in the military. I mean, we’re just people too.”

The 2019 Cyber SHAC shuffle was Audit’s break-out video. It started when the Minot Cyber Self Help Access Center approached the public affairs shop with an idea to make a video, and Audit jumped at the opportunity. He set up the shoot, helped the cyber team write the lyrics, and made it his own.

“I wanted to make it funny, because I love to make people laugh,” he said. “You don’t really expect a rap video from the Air Force. It went against the standards that some people have.”

When it came to going against the grain, the cringey lyrics and laser-tag background of the Cyber SHAC Shuffle were only the beginning. Another great example of Audit’s one-of-a-kind style is Coach Kyle, a recurring character Audit portrays in community safety videos. A stereotypical high school gym coach, Kyle sports sweatbands, a beer gut fanny pack, a whistle, and an in-your-face attitude that takes pool safety and social distancing just as seriously as his fake moustache. Audit got the inspiration for Kyle from Coach Frank, an equally-intense caricature in the video game Skate 3.

“I was like ‘how stereotypical can I make this guy?’” the airman said. “It was nerve-wracking at first because I’d never acted before in my life.”

Actor or no, Audit gets recognized on base by his on-screen persona these days.

“I walked into the [dining facility] at one point and one lady was like ‘hey Coach Kyle!’” he said. “And I was like ‘Who’s Coach Kyle? I heard he’s handsome though.'”

You might be wondering: wait, aren’t public affairs videos supposed to be dry and boring? How can Audit get away with all this silliness? And the answer is Audit’s supervisor, Staff Sgt. Adkins, who values getting the word out over putting on airs.

“The whole point of these videos is to be seen,” Adkins said. “We’re trying to deliver a message. So from a leadership level, we just took the chains off the airmen and said ‘hey make something that you’re going to like, that your peers are going to actually look at and think is entertaining.’ That’s the best way to actually get them to absorb the message we’re trying to tell them.”

Audit took that heart, to the point where he makes videos even when he doesn’t have to. That happened when Minot’s fire department approached the base public affairs shop for a poster advertising their open house fire muster. The firefighters got something much different: a Wrestlemania-style commercial filled with flames, heavy guitar music and Audit doing his best Hulk Hogan impression as he lists the event’s offerings of food, dance-offs and a bouncy castle.

“Originally they only wanted a poster, and I was like ‘nah, I wanna make a video,’” the airman recalled.

Minot isn’t the last stop on Audit’s video train. Eventually, he hopes to go to school for digital media. His goal is to someday see his name on the credits of a major movie.

“I remember seeing the editing list for the movie Doctor Strange and I was like ‘ooh that kind of looks like my list, but times ten,” he said. “I want to get to that point some day … I just want to see my name scroll down a screen.”

It’s a big step from where he was just a few years ago: a 19-year-old who joined the Air Force to get out of his mom’s house and to “find out what purpose I have or something like that,” he said.

It’s even a big turn-around from where he started at Minot, with his hands shaking as he tried to take pictures of strangers.

“I just realized that at one day, at one point in your life, the first thing you do when digging yourself into a hole is to stop digging,” he said. “The Air Force really threw me that rope and pulled me out of there. And when I got out, all my supervisors were there.”