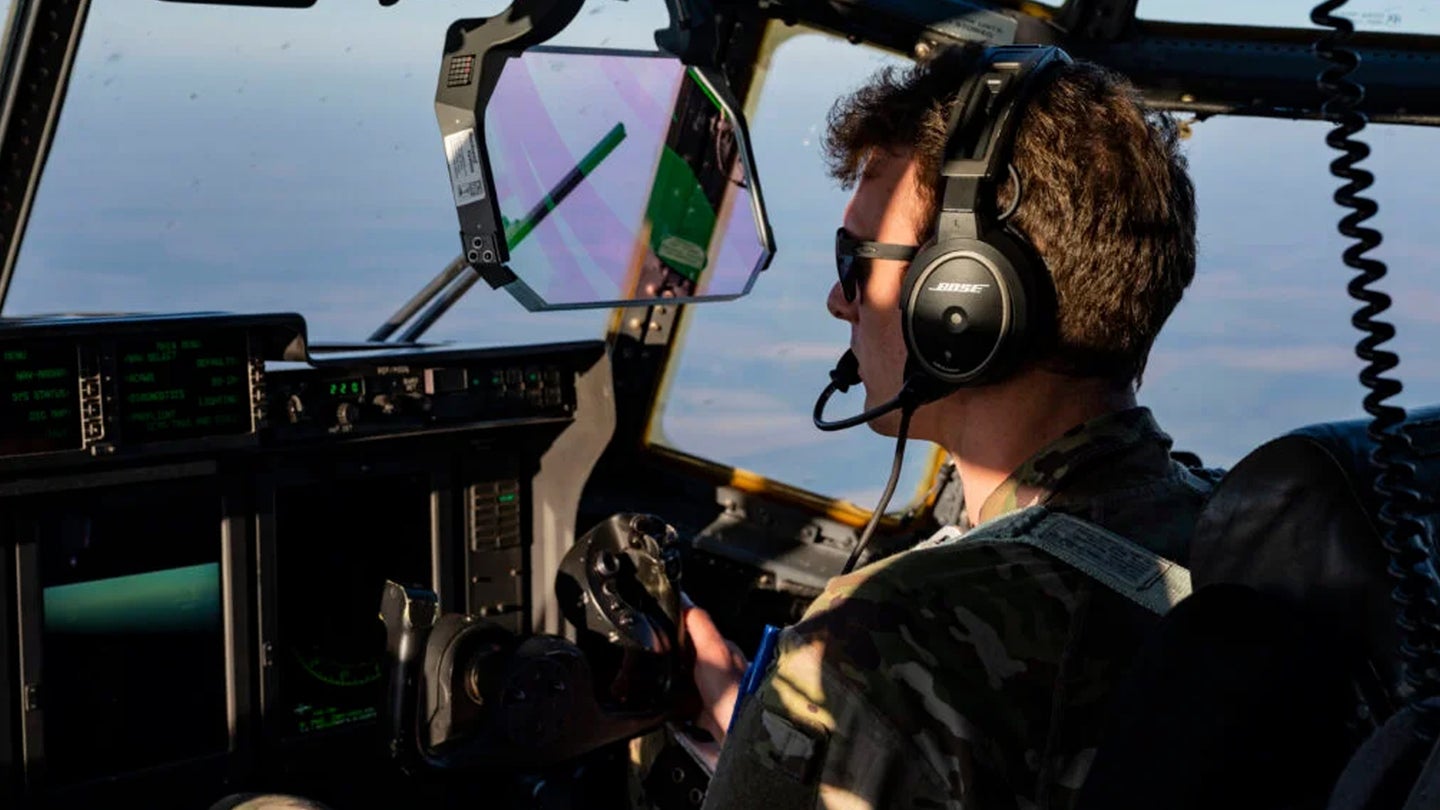 The Air Force C-130 has done just about everything a transport plane can do over the course of its 67-year career. It has served as a troop transport, gunship, search and rescue plane, aerial gas station, aerial firefighter, hurricane hunter and humanitarian aid delivery machine. But one thing it hasn’t done? Land on water, which covers nearly three quarters of the Earth’s surface.

But that could soon change if Air Force Special Operations Command has its way. The command is working with private companies and the Air Force Research Laboratory to modify its MC-130J Commando II transports so the turboprop aircraft can land on water as well as terra firma. In other words: C-130s, prepare to become ducks.

The effort, called MC-130J Commando II Amphibious Capability (MAC, though ‘quack’ is perhaps a better fit), is meant to give AFSOC more options for getting special operations teams into and out of the fight, and for landing where airstrips might not exist.

The MC-130J is already designed for sneaking special operations troops into and out of enemy territory. The Commando II was built to be lighter, longer-range, and operate with fewer crew members than its predecessors, according to the Air Force. It might get a little heavier soon, since the Air Force said it wants to develop “a removable amphibious float modification.” If the modification resembles concept art the Air Force released earlier this year, that float would be mounted beneath the fuselage, like the kind you see on many other floatplanes.

The Air Force wants to move fast on this. According to the press release, it hopes to put on “an operational capability demonstration” in just 17 months. To churn one out that fast, the service is testing a digital version of the plane in a simulator called the Digital Proving Ground, which is just as good as the real thing up to a certain point in the development process, according to the Air Force.

“Being able to experiment with existing technology to evaluate design tradeoffs and test a new system before ever bending metal is a game-changer,” said Maj. Kristen Cepak, AFSOC technology transition branch chief.

Believe it or not, this isn’t the first time someone has tried to turn the C-130 into a duck. Before it became Lockheed Martin, aerospace developer Lockheed thought up an amphibious C-130 Hercules with a boat-like hull in the 1960s, The War Zone reported. For clarity: a plane with a boat-like hull is called a flying boat, while a plane with a non-boat-like fuselage and floats attached to the fuselage is called a floatplane. Both fall under the label of seaplane.

Though the Air Force didn’t bite at Lockheed’s original flying boat idea, the Navy conducted studies with a radio-controlled scale model. Lockheed Martin also floated an idea of a float-equipped C-130J variant in the late 1990s, The War Zone said, but that didn’t take either.

If AFSOC wants the MAC to touch down on both land and water, it might have to include wheels in the floats, The War Zone wrote. Though the floats would add weight and drag, the tactical benefits could be immense. Over the past few years, the Air Force has been abuzz trying to figure out how to operate without the large bases it has become accustomed to all over the world. In a major war with another technologically advanced country like China, those bases would present juicy targets, and aircraft like the MC-130J may have to operate in far-flung theaters without an operational airstrip nearby. That would be especially hazardous in the middle of the ocean, but not when you’ve got floats on your plane.

Should the MAC succeed, the Air Force might expand the use of floats beyond the special operations community and into its other C-130 fleets, Trantham explained.

“Expanding the operational use of an amphibious aircraft alongside other innovative tools will provide even more complex dilemmas in future battle spaces for our strategic competitors,” he said.