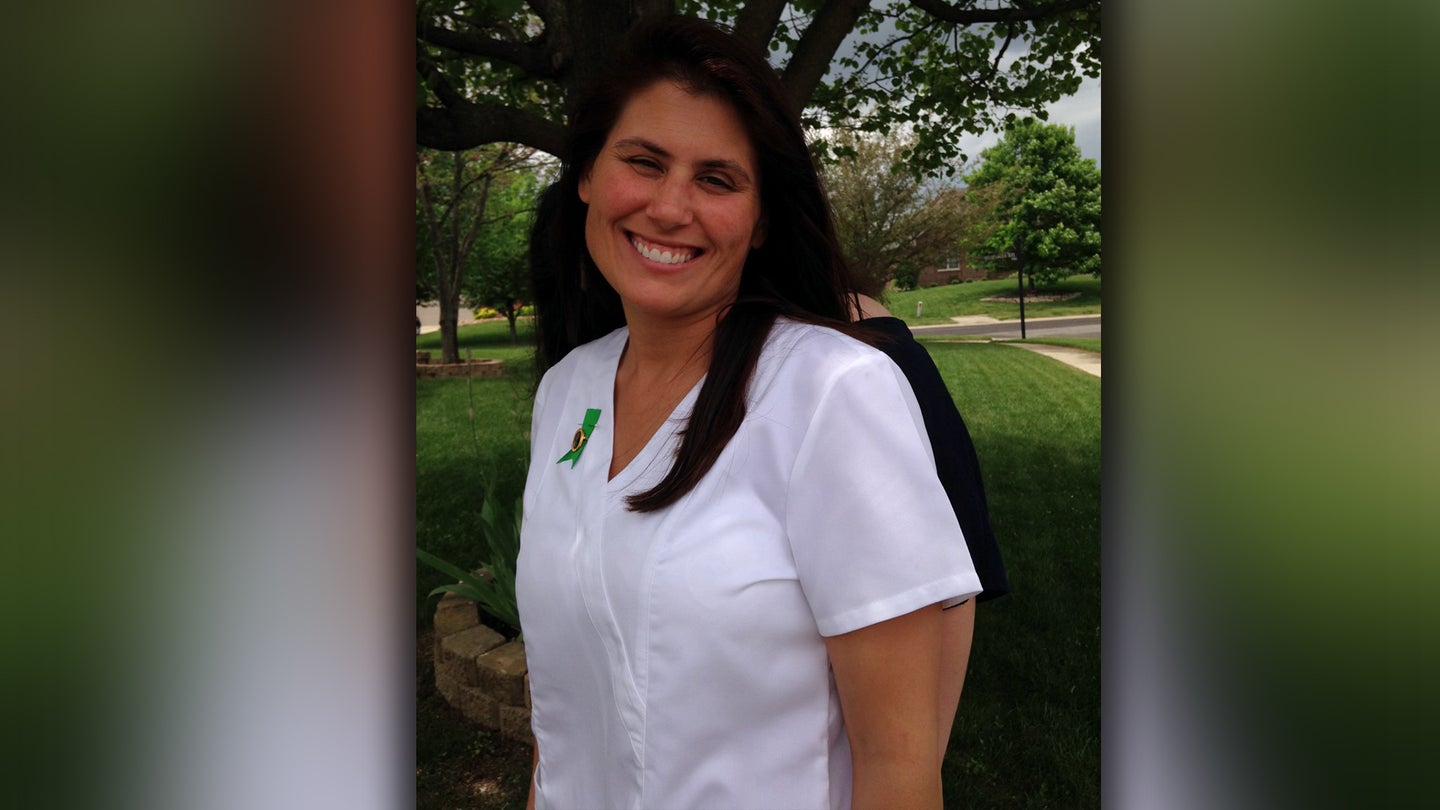 My mom used to tell me that living organ donors automatically get a first-class ticket to heaven, but what happens when you donate two of your organs? That’s a question somebody’s going to have to answer for Stephanie Kroot, a police officer-turned-sailor-turned nurse who is currently recovering from donating part of her liver to a person in need, a mere two years after she donated her right kidney to somebody else who needed it. Only about 50 people in the U.S. have donated more than one organ to separate people while still alive, according to a 2019 Wall Street Journal article.

Donating an organ is a daunting prospect for a lot of people, but Kroot likens it to standing on the shoreline and seeing somebody drowning. She’s not the type to wait around for someone else to save them.

“A lot of people ask ‘but what if your children need an organ someday?’” Kroot told Task & Purpose. “That makes no sense to me. It’s like being a rescue and recovery diver. I could only probably save one person in the ocean, right? So why wouldn’t I save the person that’s in front of me? Or should I say, ‘nope I’m going to hang out here just in case my son might need me in 30 years.’ And I have a lot of faith in people and I think if my son needed it, he would probably get it from his brother or sister or another stranger would step up.”

When it comes to helping others, Kroot has never been one to hold back. The Lowell, Indiana native became a police officer in 1998 because of her love and respect for the law. She also took on an extra specialty as a rescue and recovery diver, but during her usual duties she earned a reputation for being compassionate on the job.

“When I was a police officer, almost every single person that I arrested said that I was the nicest police officer that they had ever come in contact with,” Kroot said. “I don’t sit there and think ‘you’re this horrible person surrounded by a sea of good people. It’s just you got caught and I appreciate you being as cooperative as you are.’”

But Kroot’s world changed dramatically on Sept. 11, 2001. The police officer saw the terrorist attacks that day as a threat to the safety of her own community.

“I felt like even though I was a police officer and I was trying to make my local community safer, what difference did that make if someone from another country could just send a bomb,” she said.

Wanting to make a difference, Kroot joined the Navy reserves, and her high aptitude paved the way for her to become an intelligence specialist. Kroot loved her eight years in the military, though she did not feel like she was making quite the impact she set out to make. At one point she was supposed to deploy to Afghanistan, but she was sidelined due to a tubal pregnancy, which is a pregnancy that occurs in the Fallopian tube and not the uterus and can be life-threatening.

“God had other plans for me, and I never got to go,” she said. “But those people that do serve and are able to go and foster relationships with people from other countries … I probably would have felt like maybe I made a bigger difference, and so I’m a little jealous I never got to do that.”

Instead, Kroot turned her talents to saving lives as a civilian nurse starting in 2015. She always admired the care and professionalism of the nurses she interacted with throughout her time as a police officer. But the Navy veteran felt there was still more of herself to give. Literally.

Kroot first started considering donating when she was 20 years old and her sister developed kidney stones. While her sister ended up not needing a transplant, the idea had taken root in Kroot’s mind. That seed grew when the Indiana Donor Network lectured her nursing class about the importance of organ transplants; and when transplants came up in the hospital drama Grey’s Anatomy.

“I saw that and I was like ‘you know what? There’s nothing stopping me now, I need to look into this,’” she recalled.

Kroot applied to donate her kidneys in 2019, and she eventually connected with her rabbi’s friend’s mother, who lived in New York and was suffering from polycystic kidney disease. The surgery went well and the recipient accepted the donation, but the stitches were barely in Kroot’s skin before she asked her surgeon how soon she could donate part of her liver, too.

That might sound wild to people who have never donated an organ, but for Kroot it was the least she could do. There are about 107,000 people nationwide waiting on life-saving organs, according to the U.S. Department of Health and Human Services, and the demand is far greater than the supply.

“We only have one [kidney], so we take care of it so much better,” she said. “We don’t, you know, pop NSAIDs, we find other ways of managing our slight aches and pains. We make sure we’re getting plenty of water. I mean, I’m looking right now at my 32 ounce water bottle, and I make sure I drink a minimum of two of those a day.”

Kroot considers it a privilege to be able to donate parts of herself to people in need. It’s also a way of giving back, since a bone marrow transplant saved her own mother’s life many years ago.

“I was blessed … I don’t have to struggle with anything and my life, physically, has been easy,” Kroot said. “But through no fault of their own, there are so many people out there who just got dealt a bad deck of cards. They got dealt bad bone marrow like my mom or, you know polycystic kidney disease like my recipient … I can’t just sit by and be like ‘oh, stinks to be you.’”

A year after the kidney donation, Kroot went ahead with donating part of her liver. The advantage of partial liver donations is that the donated section of the liver grows back over time. Kubal explained that potential liver donors are screened before donating to make sure that their livers are healthy and will regrow after the donation.

“The liver has a tremendous ability to regenerate,” he said. “When we take out half or up to 70% of the liver, the remaining liver grows to its full size. Not necessarily in the same shape, but to its full size in due course, meaning between eight to 12 weeks. So within three months, people have regenerated their liver. After donation at no point do they feel lack of liver function, so to speak. So long term, there is no risk of liver failure.”

Kubal said it’s easier than you’d think to donate part of your liver. The cost of the testing, procedure and recovery is covered by the recipient’s health insurance provider, and the health care team works with the donor to minimize the impact in terms of time off work and the recovery period. Plus, you may be more eligible to donate than you might think.

“A lot of people don’t know that they can be donors,” Kubal said. “That’s a big misconception: a lot of people think they need to have a match between them and their recipient, which is not true for liver transplantation.”

Potential donors must be between 18 and 60 years old, generally healthy, and without any liver disease or major medical disease. They don’t even have to have the same blood type as the recipient, Kubal said. Anyone interested can reach out to their local transplant program to determine if they are suitable for donation.

“We try to make it as smooth as possible for the donors,” Kubal said, particularly about his program at Indiana University Health.

“In the end it’s really just for me: my motto is ‘do good, feel good, repeat,’” she said. “My daughter and I have matching t-shirts which say that. I saw that and I was like ‘that’s me, that’s the way I live.”

Related: This Marine’s new jaw was made out of his leg bone in a breakthrough new surgery