A Navy veteran who was the subject of a months-long domestic terrorism investigation reportedly planned on bombing a hospital due to his fears over the government's response to the novel coronavirus (COVID-19) pandemic, according to court documents 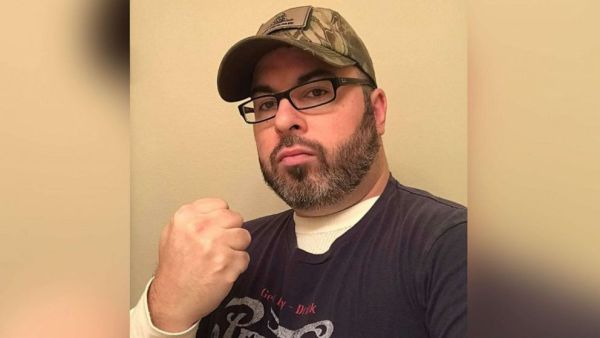 A Navy veteran who was the subject of a months-long domestic terrorism investigation allegedly planned on bombing a hospital due to his fears over the government's response to the novel coronavirus (COVID-19) pandemic, according to court documents.

Timothy Robert Wilson, 36, died following a March firefight with FBI agents at his home in Belton, Missouri, after law enforcement agents attempted to arrest him on suspicion of plotting an attack against Kansas City-area hospital.

Wilson enlisted in the Navy in July 2002, serving aboard the USS MCCampbell and rising to the rank of culinary specialist 3rd class (E-4) before his separation in February 2006.

Wilson ended up on the FBI's radar after communicating with Army Pfc. Jarrett Williams Smith, a 24-year-old Fort Riley soldier charged this past September with sending instructions on how to make bombs triggered by cell phones over social media.A

According to newly-unsealed court documents reviewed by the Kansas City Star, Wilson planned on detonating a vehicle filled with explosives in the parking lot of the Belton Regional Medical Center in Cass County, visiting the site of the planned attack with an undercover FBI agent two days before his death.

While Wilson expressed a “racial, religious and anti-government animus” that alarmed the FBI prior to his planned attack, he apparently grew “more concerned” about the government's response to COVID-19 one week after Missouri reported its first cases of the virus on March 8, accelerating his timeline and settling on the medical center as his target.

From The Kansas City Star:

[Wilson] messaged the confidential informant and the FBI agent, telling them to delete “everything you have from me” if martial law goes into effect, which was widely rumored as federal and state governments started to contemplate stay-at-home orders and other measures to slow the spread of the virus.

Wilson said he knew people who had gotten out of the military who had been called back.

“That is not a good sign,” Wilson told the confidential informant. The informant told the FBI that Wilson was serious during a subsequent phone conversation — no joking, no laughing.

On March 18, Wilson told the undercover agent that they needed to accelerate their timeline. The agent said he could be in town by the weekend of March 21.

Wilson said “hitting a hospital would be like prime target right now” before mentioning KU Hospital, given that coronavirus patients were going there but acknowledged he didn’t know what security was like at the KCK hospital.

“(W)e could drive around and kinda look at things, but I think right now with the way everything is going it could be prime time,” Wilson said, “like I’d hate to wait til’ April and then the worst case scenario you know they’ve locked everything down tight where you can’t travel and we miss the opportunity.”

“Wilson considered various targets and ultimately settled on an area hospital in an attempt to harm many people, targeting a facility that is providing critical medical care in today’s environment,” the FBI said in a statement following Wilson's death in March.

Smith, the soldier who allegedly fed Wilson bomb-making materials, signed a formal plea agreement with prosecutors in February, per the New York Times. He faced up to 40 years in prison.