The Philadelphia chapter of a leading Muslim civil rights group is urging the U.S. Army War College to reconsider an upcoming lecture by an Islamic history scholar over his "simplistic, inaccurate and often prejudicial view of the long history of Muslim-West relations" 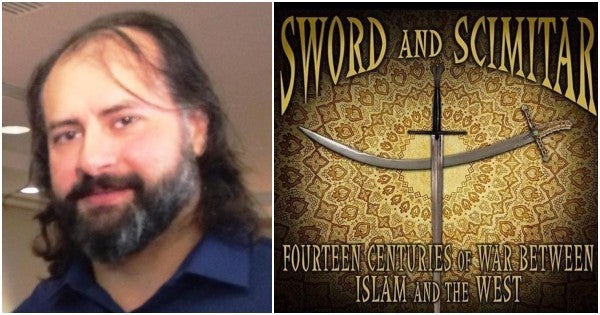 The Philadelphia chapter of a leading Muslim civil rights group is urging the U.S. Army War College to reconsider an upcoming lecture by an Islamic history scholar over his “simplistic, inaccurate and often prejudicial view of the long history of Muslim-West relations,” according to a letter obtained by Task & Purpose.

In a May 28 letter to USAWC Commandant Gen. John Kem and Provost Dr. James Breckenridge, three leaders of the Council on American-Islamic Relations — Philadelphia chapter urged the cancellation of an upcoming lecture by Raymond Ibrahim, a prolific scholar of Islamic history and currently a writing fellow at the Middle East Forum, a conservative think thank.

The talk, scheduled for June 19th as part of the institution's 50th Annual Lecture Series, was named for his upcoming book
Sword and Scimitar: Fourteen Centuries of War between Islam and the West, which details the military history of clashes between Islam and the West stretching back to the 636 battle with the Eastern Roman Empire at Yarmuk to ” the needed historical context to understand the current relationship between the West and the Islamic world–and why the Islamic State is merely the latest chapter of an old history,” according to the book's description from Da Capo Press.

But unlike other densely academic military histories, Ibrahim stated in a 2018 interview with conservative Front Page Mag that Sword and Scimitar “sets the much-distorted historical record between the two civilizations straight, and, in so doing, demonstrates once and for all that Muslim hostility for and terrorization of the West is not an aberration but a continuation of Islamic history.”

“Contrary to popular opinion, and like it or not, “Islamic extremism” is nothing new, nothing aberrant, and not predicated on this or that grievance,” Ibrahim told Task & Purpose. “It has been around and on open display since the inception of Islam nearly fourteen centuries ago; it has had a dramatic impact on the shaping of the world.”

A promotional image for the June 19th lecture by Raymond Ibrahim at the U.S. Army War College that circulated on social media in recent weeks

Ibrahim, the son of Coptic Christian immigrants from Egypt and a former Arabic language specialist at the Library of Congress, is likely best known for 2007's The Al Qaeda Reader, a comprehensive translation of the political and religious writings of terror chiefs Osama Bin Laden and Ayman Al-Zawahiri that, he argued, “proves once and for all that … radical Islam's war with the West is not finite and limited to political grievances — real or imagined — but is existential, transcending time and space and deeply rooted in faith.”

“Islam is a belief system … is entirely built on the purported teachings of a seventh century Arab — who for all accounts acted like a seventh century Arab, meaning tribal and uncivilized,” Ibrahim elaborated in a 2018 interview with The Informale, an Italian website focused on Middle East affairs. “Obviously, if this man was a false prophet — a liar — which is the default, non-Muslim position, then it should be unsurprising that the entire worldview his followers follow, which is tribal and uncivilized, is creating a constant clash with other civilizations.”

The “clash of civilizations” characterization that's been percolating throughout academia since political scientist Samuel Huntington coined the term in 1993 has fueled anxiety among Muslim-Americans in surrounding Pennsylvania counties, CAIR argues in its letter, adding that the Army is effectively endorsing Ibrahim's interpretation of radical Islam — which may fuel violence against them.

“We have been contacted by Muslims and interfaith allies from all over Pennsylvania, and especially from the Harrisburg area which houses over a dozen mosques, who called us to express their shock that such a prestigious institution as the U.S. Army War College would invite, and thereby confer legitimacy on, an individual who spreads falsehoods about their faith, the faith of 1.6 billion human beings, and the fastest growing religion in the United States and the world,” the CAIR letter reads.

The trend of disinviting speakers on controversial subjects has been on the rise at American universities in recent years, but this appears to be the first time that a speaker at U.S. military educational institution has been subject to such a campaign, according to a database maintained by the Foundation for Individual Rights in Education. And given USAWC's status as a premier institution for senior Army leaders, activists argue that Ibrahim's invitation is worth additional scrutiny.

“As a civil rights organization primarily serving the needs of Muslim Americans, we respect Mr. Ibrahim's right to his opinions, even though his oeuvre is filled with inaccurate conclusions and inflammatory and dangerous rhetoric,” the CAIR letter states. “As Americans we accept his right to free speech. We do not believe, however, that such views should benefit from the endorsement of an institution established to protect all Americans when it clearly puts others in harms way.”

Left-leaning veterans group Common Defense has also joined CAIR in calling for USAWC to reconsider Ibrahim's talk, according to a spokesman.

“The bottom line here is that if the Army War College is training officers with the philosophy that the entire Muslim world is in a clash of civilizations with the United States, it's doing its a fundamental disservice to both the American people and it's own mission, including Muslim fellow citizens and U.S. service members,” said Alexander McCoy, a Common Defense spokesman (Disclosure: McCoy was an early contributor to Task & Purpose).

“If an officer attending listens to this man and walks away with that assessment, they're going to make decisions that harm American national security and will make decisions that are fundamentally, morally wrong,” he added. “It's important that institutions paid for by U.S. taxpayers that are about serving American national security do not provide platforms for hate and for speakers who are advancing an idea that is fundamentally un-American and puts our country at risk.”

In his response to Task & Purpose, Ibrahim rejected CAIR's characterization of his work.

“My primary concern, whether in writing or in speaking, is that my words convey the truth,” he wrote. “As such, the burden of proof is on CAIR to show — methodically and with documentation, as I do — how my words are filled with 'inaccurate conclusions.' It is because they cannot — history is history, documented and sure — that they resort to hyperbole (complaining about alleged 'inflammatory and dangerous rhetoric') in yet another attempt to shut down free speech deemed offensive to the Muslim community.”

Illustration of the Battle of Yarmouk (636) at the bottom of the page of BNF Nouvelle acquisition française 886 fol. 9v (early 14th century)(Wikimedia Commons)

For some, Ibrahim's conclusions are more than simply offensive. Naveed Shah, an Army veteran who deployed to Iraq from 2009 to 2010 as a public affairs specialist, told Task & Purpose that he worries Ibrahim's appearance at USAWC won't just change how future Army leaders approach the Global War on Terror, but endanger Muslims currently serving in the U.S. armed forces as well.

“I was in Iraq when the Fort Hood shooting happened, and the troops I was with didn't correlate the Islam of Muslim soldiers like me with that guy,” Shah said. “I fear bringing [Ibrahim] to the Army War College will fuel the wrong kind of indoctrination of future Army leaders that will then trickle down to other commanders.”

“Blanket generalizations of the about 1.6 billion Muslims in the world based on the actions of a few is like making those same generalizations on Christianity based on what the Ku Klux Klan does, but it carries far more weight with the Global War on Terror,” he added.

Ibrahim rejected that analogy. “The KKK is an obvious aberration in and particularistic expression of Christianity, whereas groups like the Islamic State comport well with mainstream Islamic history.”

“Those who ignore history are doomed to repeat it; covering it up or whitewashing it to spare anyone's feelings will not do,” he said. “As such, it has been my interest to set the record straight, which is precisely what I tried to do with the book.”

May 28 CAIR Letter To US Ar… by on Scribd