"I think it would be a great opportunity for these young men and women," Army Secretary Ryan McCarthy said. 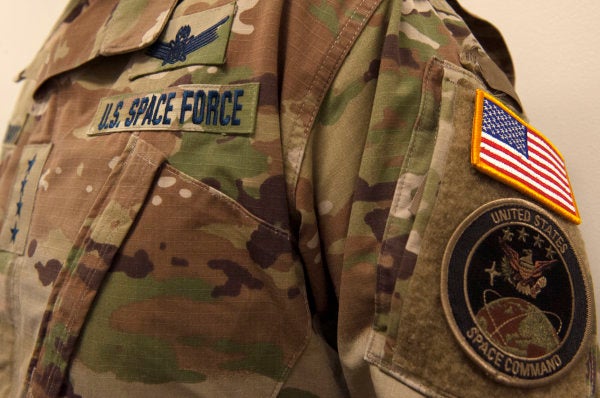 Some soldiers will soon leave the Army and join the new Space Force, becoming whatever the new branch decides to call their service members sooner than they may have thought.

In the Army's fiscal year 2021 budget request, released last week, the service says that of the 1,000 soldiers it's looking to add in that year, 100 of them will “transfer to the United States Space Force.”

Earlier reports, however, indicated that the Army and Navy would not begin transferring service members to the Space Force until fiscal year 2022.

“I'm not sure why the Space Force said that,” Maj. Gen. Paul Chamberlain, director of the Army budget, said on Tuesday, reiterating that 100 soldiers with space-related military occupational specialties would start moving in FY2021.

Being assigned to the newest military branch, and being transferred to it, are two different things. There will be 16,000 military and civilian personnel from Air Force Space Command assigned to the Space Force, Space News reported in January.

Federal News Network reported that of those 16,000, 6,000 of the uniformed personnel “will be transferred…leaving their old branch behind.”

Army Chief of Staff Gen. James McConville confirmed on Wednesday that some soldiers will, in fact, leave the Army to join the Space Force, though deciding who that will include is still being worked out.

“Ideally we'd like them to volunteer to go,” McConville said. “But we'll have that discussion and see who doesn't want to — we just have to work the details out.”

“It's a tremendous opportunity,” Army Secretary Ryan McCarthy added on Wednesday. “It's an exciting time for the space domain to make a tremendous investment, and national-level energy with the president's involvement, so I think it would be a great opportunity for these young men and women.”